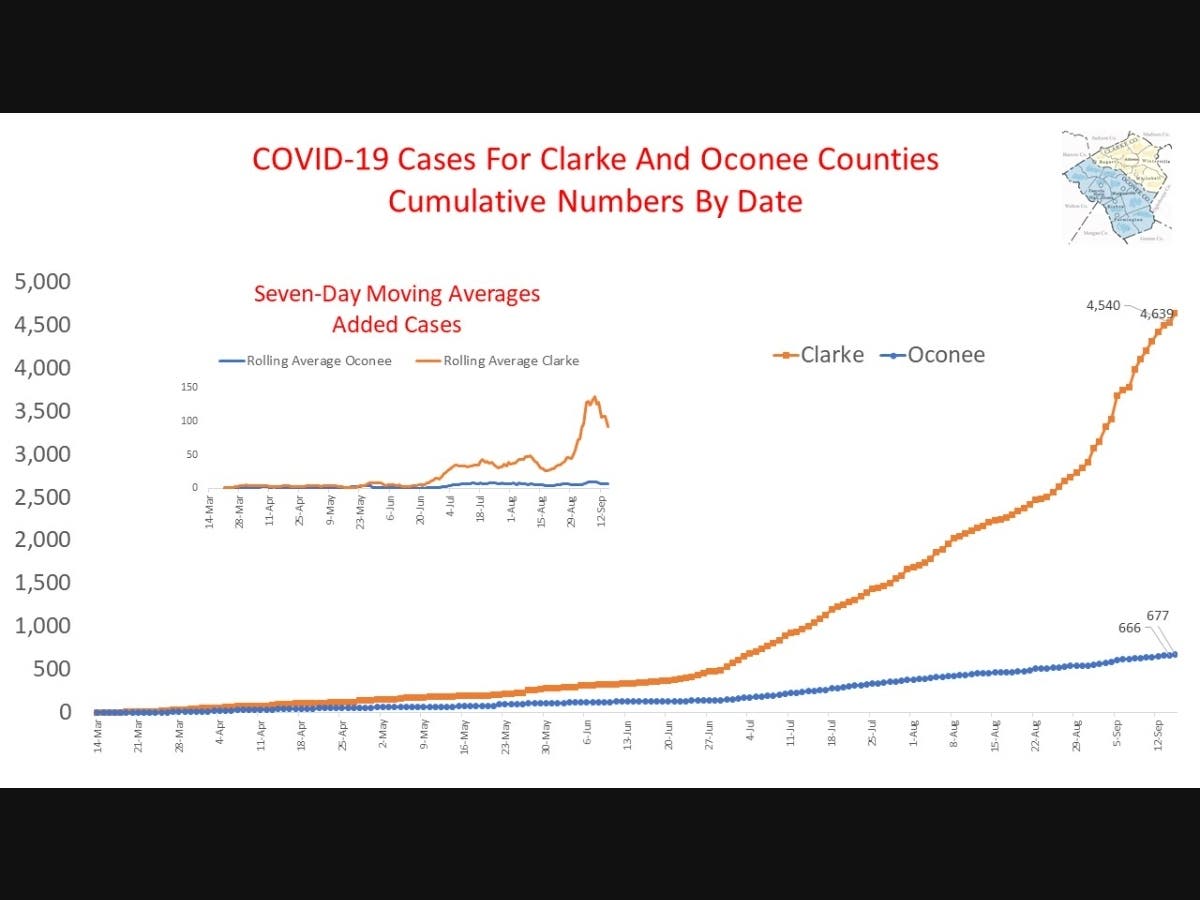 Barrow, Clarke, Jackson, and Walton counties all added a death from COVID-19 with the release of the Department of Public Health Daily Status Report on Tuesday, and the Northeast Health District, of which the four counties are a part, added 215 confirmed COVID-19 cases.

The four deaths in the 10-county district were 8.3 percent of the 48 deaths added across the 159 counties in Georgia in the Daily Status Report on Tuesday, and the 215 cases were 13.7 percent of the 1,571 cases added statewide.

The 10-county Northeast Health District, with a population of 530,630, makes up only 4.9 percent of the 10.8 million population of the state.

The seven-day rolling average of added deaths from the virus increased on Tuesday to 2.1 deaths, up from 1.9 on Monday.

Every county in the District added at least one case with the release of Tuesday’s Daily Status Report, with Oconee County adding 11 cases and Clarke County adding 99.

The seven-day rolling average of added cases in the District dropped to 160.9 on Tuesday from 170.9 on Monday. The District had added 285 cases a week ago–the first day after the Labor Day Holiday.

The seven-day rolling average of added cases in both Oconee and Clarke counties declined on Tuesday and has declined across the last week.

The Georgia Hospital Association and the Georgia Emergency Management Agency on Tuesday reported that area hospitals had 64 COVID-19 patients, down from 73 Monday, 66 ICU beds in use, down from 77 on Monday, and 26 ventilators in use, the same as on Monday.

The rules of replying: