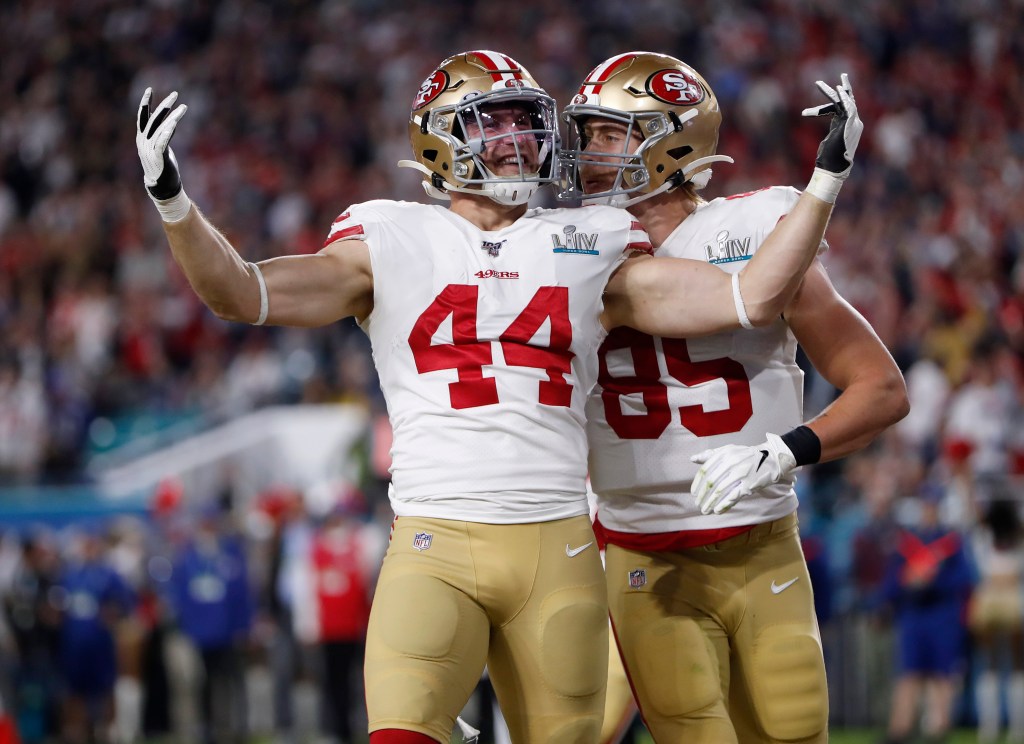 SANTA CLARA — Tight end George Kittle and fullback Kyle Juszczyk are battling hamstring issues, but it sounds like neither 49ers’ star is in jeopardy of missing the Sept. 13 season opener.

Kittle came out of Wednesday’s practice as a precaution and looked fine as he proceed to do individual conditioning with a trainer.

“Checked out all right, but it was tight so we took him out of there before something bad happened,” coach Kyle Shanahan said Thursday.

Juszczyk is considered “week to week” after not practicing Wednesday. He, too, worked with a trainer and looked upbeat.

Both players are mainstays to the 49ers’ offense and they’d taken part in the nine previous practices. Thursday’s session was adjusted to a walk-through to keep players as healthy as possible for Friday’s run-through at Levi’s Stadium.