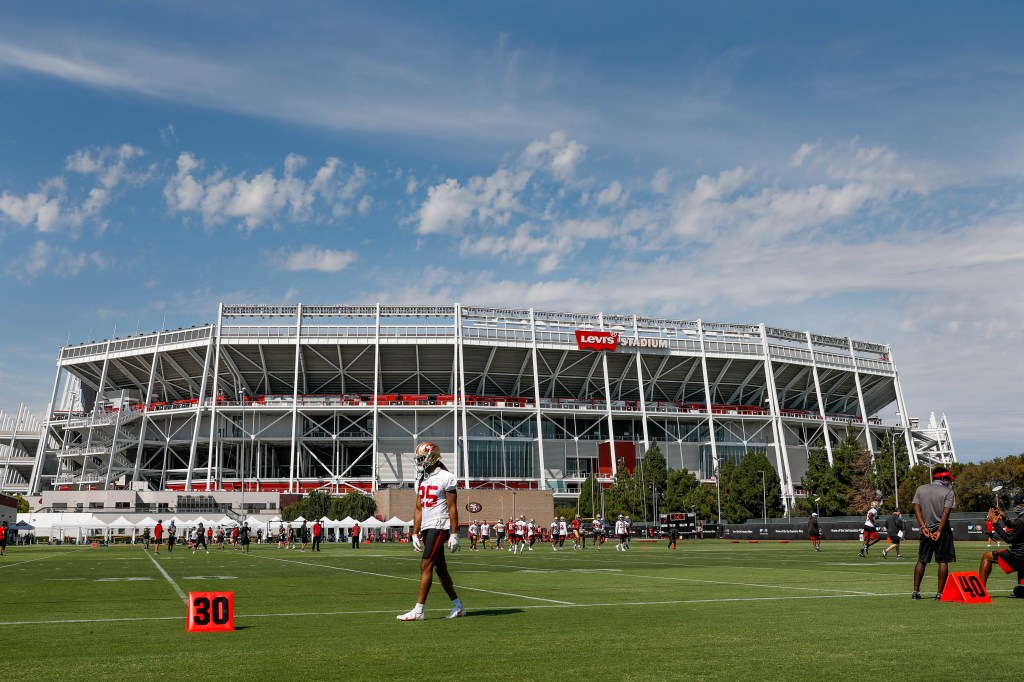 The 49ers will keep fans out of Levi’s Stadium for their season opener against the Arizona Cardinals on Sept. 13, the team announced on Tuesday.

In its message to fans, the team said it decided to keep the stadium empty in compliance with coronavirus protocols after ongoing discussions with State and Santa Clara County health officials.

While the 49ers are one of 20 NFL teams who won’t have fans at their home openers, they did leave the door open to the possibility they’ll have at least some fans at Levi’s again this season. The team said it will evaluate options for future games in Santa Clara after consulting with health officials. If and when the decision to allow fans to attend is made, season ticket holders will have the first chance to come to games.

In order to comply with COVID-19 precautions, 19 other NFL teams announced they wouldn’t have fans in attendance in their openers; with plans for six other teams, including the Cardinals, still undetermined. Raiders owner Mark Davis announced his team would not have fans at any of their home games at their new, $1.9 billion Allegiant Stadium this year.

The Raiders and Washington are the only two of the league’s 32 teams to announce season-long lockouts of the fans.

After San Francisco’s home opener against Arizona, the 49ers’ next home games are scheduled for Oct. 4 against the Eagles, and Oct. 11 against the Dolphins. The 49ers’ first two road games — back-to-back contests against the Jets (Sept. 20) and Giants (Sept. 27) at MetLife Stadium in East Rutherford, N.J. — will also be played without any fans.

Joint Statement from the Giants and Jets pic.twitter.com/e8MGmXpimv

Certainly, it’s quite possible the 49ers and others will be permitted to have fans return at some point this season. But, as of Tuesday, there’s only one game on San Francisco’s schedule when fans are expected to attend. That’s for its Dec. 20 game in Dallas, where the Cowboys have said they plan on having fans “in a limited capacity” at every home game.

For now, the 49ers’ biggest NFC West rivals, the Seahawks and Rams, won’t have spectators on hand at home. The Seahawks announced they won’t have fans at their first three games at CenturyLink Field, but they’re hoping to have them at their fourth home game — on Nov. 1 against the 49ers. Of course, the Seahawks’ 12th Man might be reduced to the 11.25th Man.

Five other teams have joined the Cowboys in announcing they plan on having fans at their games: The Colts, Jaguars, Chiefs, Dolphins and Buccaneers. According to reports, the Colts will have the most fans at their games than team with 16,750 — or 25 percent capacity of their 67,000 capacity at Lucas Oil Stadium.

Here is a copy of the announcement the 49ers sent out to their fans:

“We hope you and your loved ones are safe and healthy during this time. Last month, we informed 49ers season ticket members of our expectation to start the 2020 NFL season with limited fans or without fans at Levi’s Stadium due to the continuing COVID-19 health emergency and accompanying government restrictions.

“Through ongoing dialogue with State and Santa Clara County officials, and in accordance with public health guidelines, we can confirm we will begin our season on September 13th against the Arizona Cardinals without fans in attendance.

W”e will continue to work with State and County officials regarding the potential to welcome the Faithful back to Levi’s Stadium later this season.

“If we are able to host fans at any point this season, 49ers season ticket members who credited their 2020 payments to 2021 will receive priority access to single-game tickets at the season ticket member rate. With demand expected to exceed availability, tickets will not be guaranteed. If it becomes safe to permit fans in any capacity, we will communicate that information with you as soon as possible.

“The atmosphere created by the Faithful was on full display last season and we truly appreciated your continued support throughout our NFC Championship season. We look forward to being able to welcome you back as soon as it is safe to do so and we are working hard to create virtual experiences and early access for members to digital events like this year’s State of the Franchise.

“We know that 2020 has already been extremely challenging and we thank you for your patience as we navigate this pandemic together.”