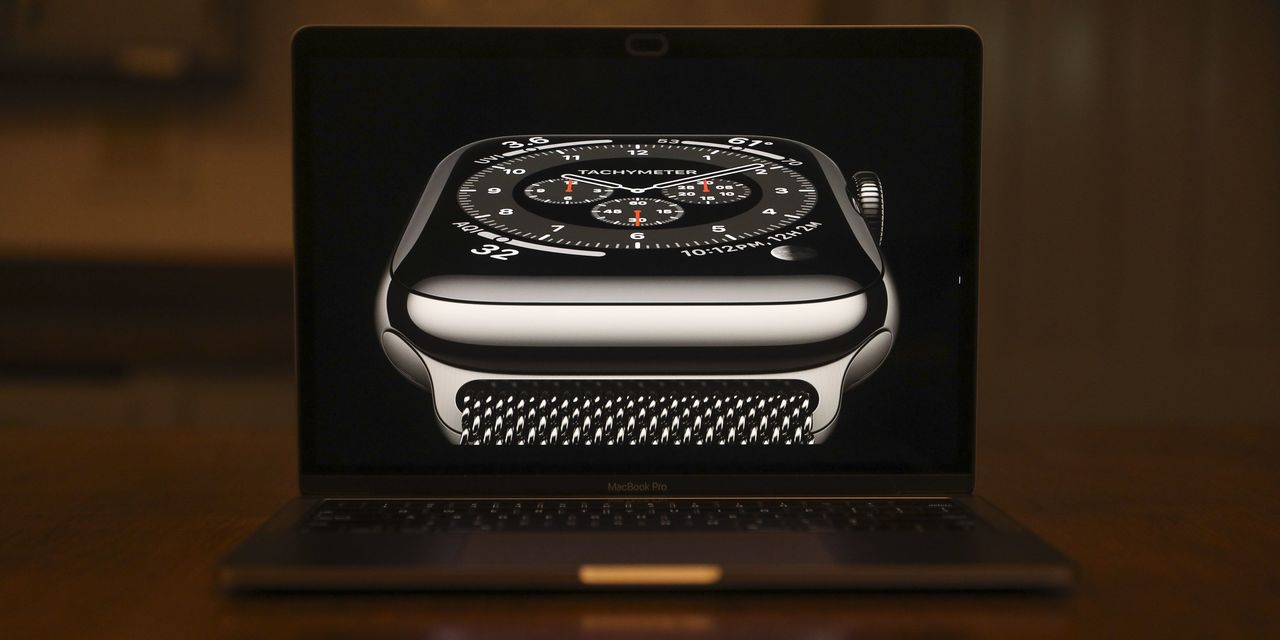 on Tuesday announced Apple Watch 6. As expected, the latest version of the watch includes a new sensor that measures blood oxygen levels. The new watches will come in new blue, gold, black, and red cases.

Apple (ticker: AAPL) said the new watch is up to 20% faster than the previous generation, and up to 2.5 time brighter. The company also unveiled a collection of new watch face designs and new tools to allow developers to create special purpose faces. Also unveiled a variety of new watch bands.

The company introduced a new feature called Family Setup for children or older parents who do not have their own iPhones. Previously, watches were paired one-on-one with single phones. Parents can control how kids access the phone during school hours.

The announcement was part of the company’s “Time Flies” virtual product launch event, held on the company’s Apple Park campus in Cupertino, Calif., but without a live audience. Apple had been widely expected to announce new Apple Watch and iPads models, as well as new health-care service offerings.

In kicking off the event, Apple CEO Tim Cook said that the event would focus on Apple Watch and the iPad, as expected.

While the company is widely expected to announce the first 5G-capable iPhones soon, the consensus view has been that the phone launch will be held in early October, and Cook made it clear that there will no iPhone launch at Tuesday’s event.

As the event kicked off, over 1 million people were viewing the live stream of the launch event on YouTube.

Apple also announced a new fitness service around Apple Watch called Apple Fitness+, offering a catalog of fitness videos. You can do the videos with any brand of equipment; some of the videos do not require any equipment at all. Apple will add more videos every week across a range of times and instructors. You can access the apps from the fitness app on your phone. There are 10 different types of workouts. The services will be $9.99 a month, or $79.99 a year, and includes all your family members. It should launch before the end of the year. New phone buyers can access the service for free for three months.

For the first time, the company is also planning a subscription bundle, known as Apple One, which pulls together iCloud, Apple Music, Apple TV+, Apple Arcade, Apple News+ and Apple Fitness+, in three bundles at prices ranging from $14.95 to $29.95 a month.

Apple also announced two new iPads, including a new 8th generation model, which includes a 40% faster processor and a 2x increase in graphics performance. The 8th-gen iPad starts shipping Friday at $329, or $299 for education customers.

A redesigned iPad Air, has a new A14 bionic processor and a thin bezel design. The new model has a touch sensor embedded in the top power button. The new processor provides a 40% increase in speed over the last generation iPad Air and a 30% increase in graphics performance.