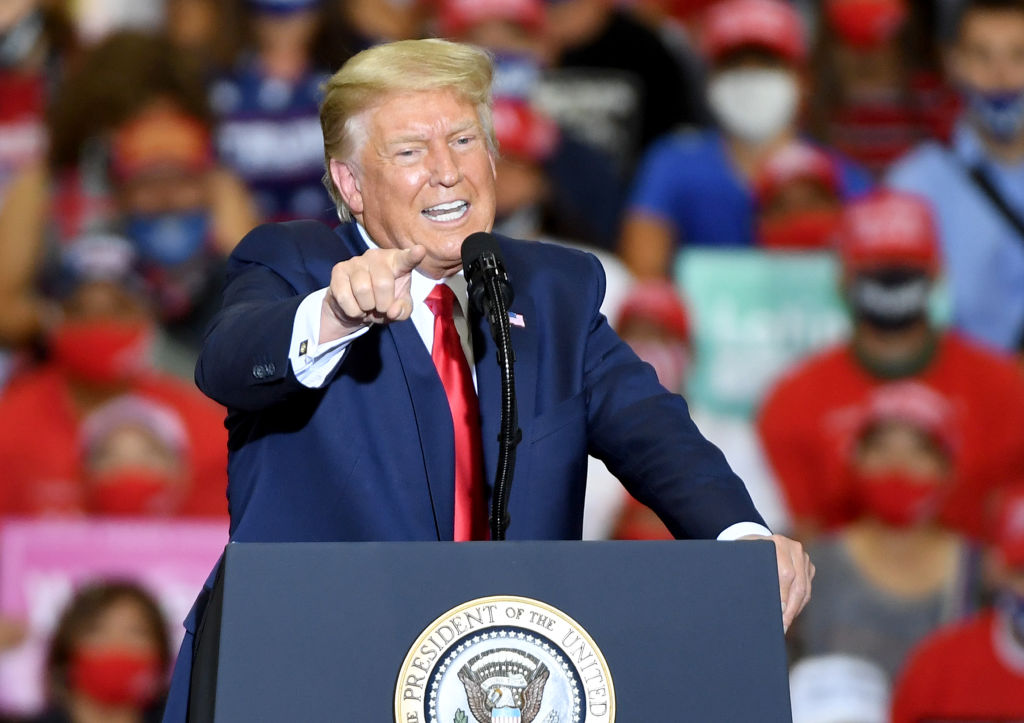 Some of President Donald Trump’s allies are discussing the possibility of armed struggle against his opponents and potential insurrection as the November 3 presidential election approaches.

Some well-known names in conservative politics and media have openly claimed violence may be necessary to defeat the “enemy,” while one administration official, Michael Caputo, said he feared for his life.

Caputo, assistant secretary of public affairs at the Department of Health and Human Service, claimed elements at the CDC were conspiring against the administration in a live video on his personal Facebook account.

“If you carry guns, buy ammunition, ladies and gentlemen, because it’s going to be hard to get,” Caputo said on Sunday.

His comments echo remarks made by Roger Stone, who is widely considered to be Caputo’s mentor.

Stone was sentenced to 40 months in prison for lying to Congress about contacts with WikiLeaks during the 2016 campaign.

Stone called on Trump to arrest Facebook CEO Mark Zuckerberg, Apple CEO Tim Cook, Bill and Hillary Clinton, and “anybody else who can be proven to be involved in illegal activity.”

He also said Trump should declare martial law because he believed the November election will be rigged against him, before suggesting that journalists working for the Daily Beast should be arrested “[i]f the Daily Beast is involved in provably seditious … acts.”

He was speaking to far-right conspiracy theorist Alex Jones on his online Infowars show. Both agreed there would be a “coup” against Trump.

Caputo and Stone aren’t the only Trump supporters to talk about potential armed conflict. Former Arkansas Governor Mike Huckabee discussed the matter in a video posted to his Facebook page on September 2.

“If an organized radical group operating across state lines to overthrow the government by murdering American citizens is not insurrection, then what is?” Huckabee asked.

Fox News host Mark Levin made similar remarks on his radio show on Monday. Levin declared himself a “Never Trumper” in 2016 but his commentary became strongly favorable to Trump following his election.

“And he will have to use it to put down the enemy. The enemy is antifa, the enemy is Black Lives Matter, and the enemy is anybody that is going to use rioting, arson, looting, violence against our country to try to overthrow our country. Those are traitors. That’s treasonous.”

Fox News host Lou Dobbs has also talked about the possibility of invoking the 1807 Insurrection Act on a number of occasions.

“The left in this country is moving, to me, perilously far from the idea of opposition to policies and practices that they don’t like, reform if they wish. But they’ve moved from resistance—I mean, they’re moving right up to the edge of insurrection, are they not?” Dobbs said on July 27.