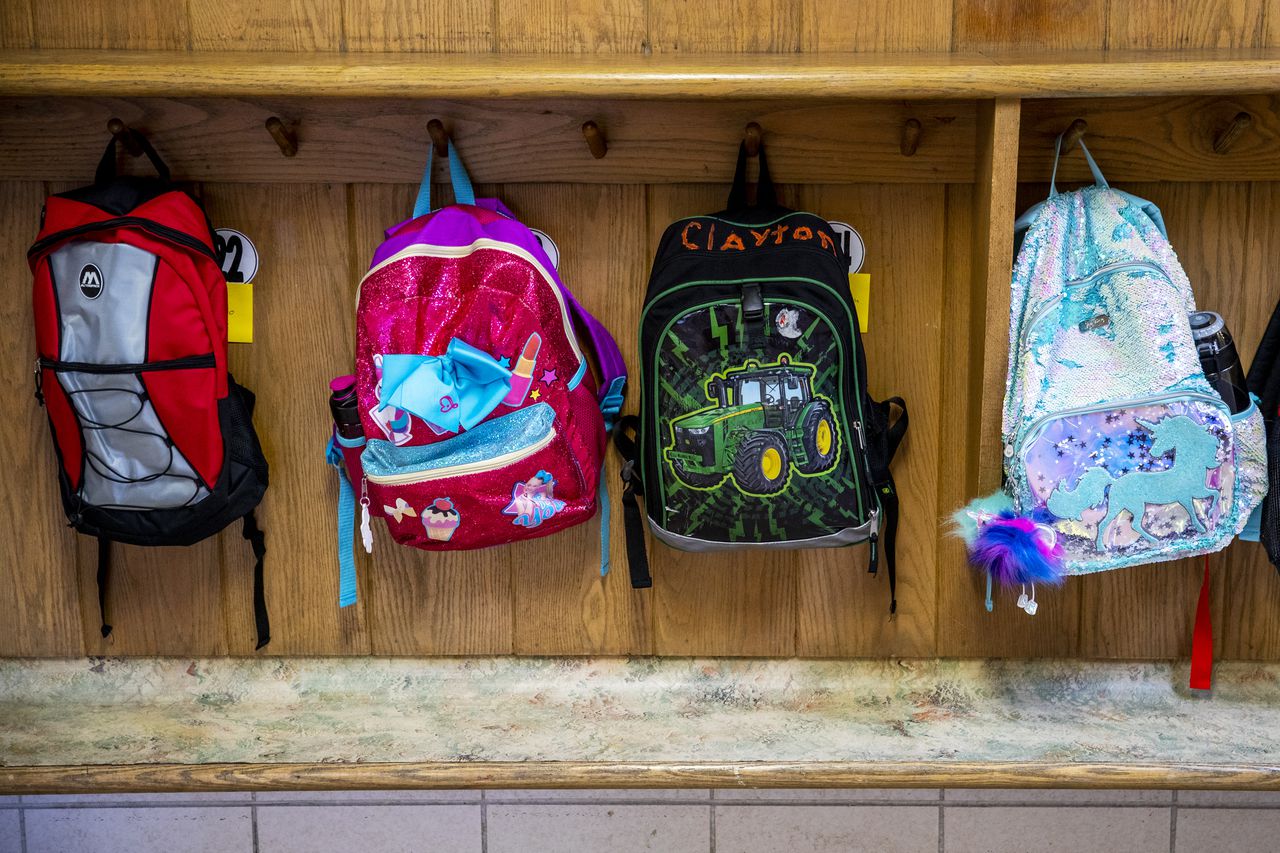 BAY CITY, MI – Students and their families have been navigating through an unusual start to the school year in the Bay City Public School District. Instead of gathering in classrooms to show off their new school supplies, students have been huddled around computer screens in their own homes getting virtual lessons due to the ongoing COVID-19 pandemic.

Now, that could all change rapidly as the Bay City Public Schools Board of Education is considering a possible earlier than expected return to the classroom.

Trustee Veronica Papajesk introduced a motion on Monday, Sept. 14, during a virtually school board meeting, to start in-face instruction on October 5. Papajesk said that she had spoken with multiple teachers and parents and that she sympathized with the struggles that families were dealing with at this time.

The Bay City Public Schools Board of Education had previously decided to offer remote instruction only for the first quarter, or until October 26, depending on the pandemic’s status.

Through continued discussion at Monday’s meeting, the board began to eye-up Papajesk’s plan but wanted to see more details and options before making a decision.

“I would say that we’re not prepared to make that decision this exact second tonight, because it’s kind of been brought up on the fly,” said Trustee Matt Felan.

Felan advocated for a plan that gives district administration one week to report back to the Board of Education with information about possible options for an October 5 start. His plan asks the administration to provide details on topics such as what a hybrid model and a full in-person setup would look like and what safety protocols can be put in place.

“Why don’t we exhale for one week, but the exhale is with very clear marching orders,” Felan said.

Papajesk withdrew her motion to make way for a motion by Felan to host a second meeting on Tuesday, September 22, where the board will consider potential options for an October 5 start, based on what is presented by the district administration. The motion was unanimously approved by the board. No modification to the current educational plan has yet been made at this time.

Trustee Laurie Jeske emphasized that she would like to get input from teachers.

“We do need teacher input, because I know how I would do it in my classroom and sometimes people forget that if you give a plan to a teacher to give a lot of input on, they live it,” she said. “They could come up with a plan beyond what we have.”

District teachers didn’t waste a minute in commenting. Several teaching staff members jumped at the opportunity to give their opinions during the public comment section of the meeting.

Meagan Panzer, a teacher who has already been back in the classroom with emotionally and cognitively impaired students in a self-contained room for two weeks, reflected on and shared her experience with the board.

“I think everyone is trying their hardest but I personally do not feel like we were ready,” she said. “Up until last week I did not have schedules that were correct, my students don’t have busing set up correctly. As far as PPE, we were given masks, gloves and spray, but I never received any information from the district on what they expected from me.”

“I think with looking to bring everybody back just like every little thing has to be planned out,” Allen said. “It is great being back in the building, I love it and my students love it but my frustration has been with not having answers,” she said.

Allen also cited concerns problems with transportation arrangements for students and subpar lunches, in addition to a lack of guidance.

Meanwhile, Bay City Central teacher Kristy Keenan emphasized that safety considerations need to be made for her music programs, especially in a class that she said she co-teaches that has 99 students.

“I would just implore you as you’re considering a return to learn plan that you consider the music programs and how it can be safe for us to return,” Keenan said.

Handy Middle School teacher Bob Pawlek added, “I would love to be back fac- to-face tomorrow if it’s safe. So whatever arbitrary date that you pick I’m okay with if it’s safe. I don’t think we’re there yet.”

Bay County Health Officer Joel Strasz gave the Board of Education an update on the status of the COVID-19 pandemic, with a focus on area educational facilities that have opened their doors and possible risk factors as the year progresses.

“Even though we are cautiously optimistic at this point, we know that there area variety of indicators that could work against the introduction of in-person instruction,” he said. “We want you to be aware of that and be cognizant of the risks that are involved.”

Strasz stated that he has so far seen minor disruptions in private schools and nearby districts like the Pinconning School District that have opened their doors for instruction, stating that he’s noted that the private school parents have been very diligent and vigilant about their children’s health.

“Everybody’s on guard,” he said. They want the school season to succeed and to last as long as possible.”

As the seasons begin to progress from summer to fall and cold weather begins to set in, Strasz said there is a concern that community spread can take place due to not as many people being outside and the lack of ventilation indoors.

Strasz also mentioned that the re-introduction of fall sports, particularly football and volleyball, does carry risks and that the Health Department is anticipating a possible small increase in cases as these activities resume.

“We’re cautiously optimistic with the introduction of high-risk activities,” he said.

Recent events in the area have also caused the Health Department to be on the alert for a potential increase of cases. The Labor Day holiday weekend and the recent rally by President Donald Trump at MBS Airport where approximately 10,000 people were reported to have been in attendance.

“What we’re worried about too here in the community are events that have potential for high spread, he said. “One was the rally last Thursday, which we probably will see play out within the next week or two. We’re not really sure how that’s going to go, we just know that there were a lot of people packed in a small location, not a lot of distancing or mitigation efforts like masking.”

Superintendent Stephen Bigelow said that the remote learning model that the district is currently using for the time being has had its challenges.

“It’s been bumpy with lots of successes,” Bigelow said. “Certainly, somethings that we expected, but are difficult nonetheless. As you can imagine, we ran into some technology issues, which I believe that we have addressed.”

Bigelow said that the district has run into issues in rural areas near Munger and Auburn that had Wi-Fi connectivity issues, even with district-provided hotspots, prompting the district to provide hotspots from different cellular providers.

“We’re making sure that we’re getting that WiFi to out to all people that necessarily don’t have access to it,” Bigelow said.

Bigelow also explained that the district has been partnering with community organizations, such as the YMCA, Big Brothers and Big Sisters and the Boys and Girls Club to provide Wi-Fi hotspots for students to access.

“One of the things that we’re very proud of is the strong partnerships within our community,” he said.