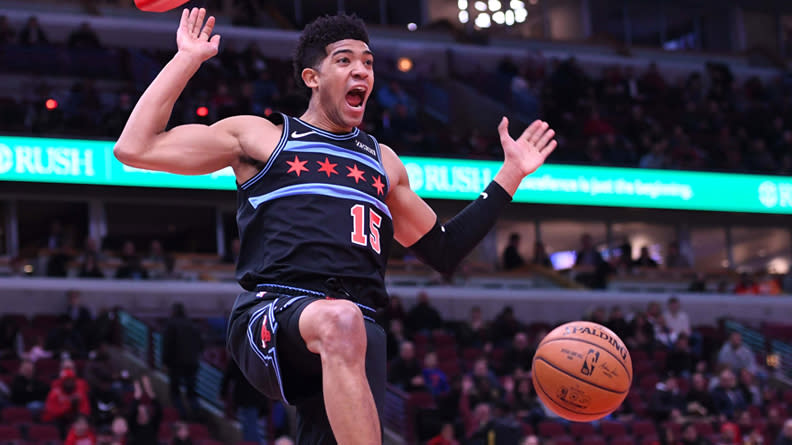 When the Bulls’ wing depth is listed as a question mark, there are two good reasons why.

Can you imagine the boon it would be for the next Bulls head coach to have both small forwards healthy and at his or her disposal?

After undergoing arthroscopic right shoulder surgery in March, Hutchison offered an encouraging sign Monday when he posted to his Twitter account that he felt “100 percent.” This jibes with Hutchison being a regular presence at voluntary individual workouts at the Advocate Center. Porter, who endured a trying 2019-20 season with a small fracture in his left foot that originally was diagnosed as a bruise, also was pictured working out at the Advocate Center last month on the Bulls’ website.

Back in March, the Bulls projected Hutchison’s recovery time at 12-16 weeks after a March 17 procedure to address the “acromioclavicular joint injury of his right shoulder.” That Hutchison posted such an upbeat message close to 23 weeks since the procedure is an encouraging sign for the former first-round pick, who has shown brief glimpses of potential during his first two injury-plagued seasons.

He averaged 7.8 points, 3.9 rebounds and 1 steal on 45.7 percent shooting in 28 games last season, which began with the 6-foot-7-inch small forward nursing a hamstring injury. Hutchison, who only has played 72 games in his first two seasons, was playing some of his better basketball when his sophomore campaign ended. After originally injuring the shoulder on Nov. 27 and missing 17 games, he returned on Jan. 6 and played his way into Jim Boylen’s starting lineup. He posted three double-digit scoring outings, including a career-high 21 points, in his final six games before re-aggravating injury in the final game before the All-Star break.

Hutchison never has lacked for confidence. He consistently has stated belief he can become a full-time starter in the league if he can avoid injury.