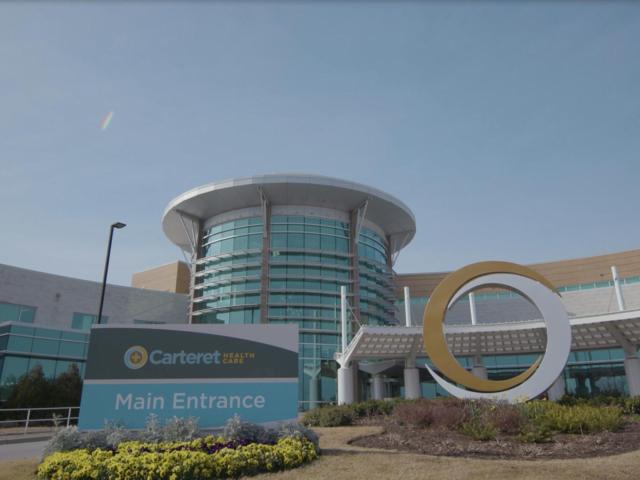 This article was written for our sponsor, Crystal Coast Economic Development Foundation.

There are places where life passes you by and places where you just can’t pass up on living. For many, the Crystal Coast is one of those latter places.

The beauty of its 90 miles of shoreline is certainly a draw, but the combination of its high performing public education system, top-rated hospital and the state’s lowest property tax rate creates an attractive trifecta for those looking to make the Crystal Coast their permanent home.

Carteret County’s public schools are among the top performing schools in North Carolina. Last year’s annual School Performance Grade Accountability report, released by the State Board of Education, revealed that Carteret County had the highest-rated high schools in the state.

Carteret County public high school students earned the top end-of-course and end-of-grade test scores in North Carolina, and more than 88 percent of the district’s schools received an A or B grade. These grades are based on a school’s achievement scores on math and reading tests combined with the academic growth rate of its students.

“In this day and time, education is imperative. It takes a lot more to learn skills than it once did,” said Robin Comer, Vice Chairman of the Carteret County Board of Commissioners. “We’ve been fortunate enough to aggressively fund our schools locally, and we’re always in the top 10% of state funding for what’s called the ADM — Average Daily Membership of students.”

“Our schools are such a great attribute of the county. Many people with school-aged children get an education here that is frankly superior to what many private schools offer in the urban areas of the state — and it’s free,” said Don Kirkman, Carteret County Economic Development Director. “In addition, Carteret Community College is one of the best community colleges in the country, and we are also home to the marine sciences campuses of Duke, UNC-Chapel Hill and N.C. State.”

While COVID-19 has shifted the school system to a hybrid of in-class and remote instruction for the time being, Carteret County Schools remain committed to equipping its students with a strong foundation of the basics — reading, writing and mathematics. This, coupled with the system’s smaller class sizes when compared to larger urban districts, help explain Carteret County School’s success. It’s no surprise that the public school system is often noted by residents and Carteret County transplants as a major factor in their decision to raise a family in the county.

Carteret Health Care, located in Morehead City, has multiple awards and recognitions to its name, including being one of the top 100 hospitals in the United States for hospitals of its peer size for the last four years.

In November 2019 Carteret Health Care became the first organization in North Carolina to become a Mayo Clinic Care Network member. The Mayo Clinic, which is the world’s top-ranked health care system, carefully vets select independent health systems to be part of its global network, and the partnership enhances the excellent reputation already enjoyed by Carteret Health Care in the health care community. With this collaboration, Carteret Health Care providers have access to a wide range of Mayo Clinic-provided clinical resources that benefit patients and the ongoing professional development of doctors and staff.

“Carteret Health Care’s billboards say, ‘Our experts now have experts.’ So you’ve got that additional layer of expertise on whom our physicians can call if they need another opinion or if they need to enroll someone in a clinical trial,” said Kirkman.

The special access Carteret Health Care has to Mayo’s expertise and resources only amplifies the outstanding services the local health care system is already providing. With cutting-edge diagnostic technology, a cardiac catheterization lab, and a multidisciplinary cancer center, among many other state-of-the art services, Carteret Health Care has long distinguished itself from other similarly-sized hospitals.

“A primary concern for people looking to live somewhere is always the health care in the area,” said Comer. “Carteret County has remained a community hospital — it’s run and managed very well and has a great board. We’ve kept it independent so that we can keep the kind of services we think are needed for the chronic, acute, and immediate care needs of the residents of Carteret County and the surrounding area.”

While many think living near the beach is reserved for wealthy retirees and other high net worth individuals, living in Carteret County is actually very affordable. This is, in part, thanks to having the lowest county property tax rate in the state — currently $0.33 per $100 valuation, or less than $1,000 annually on a $250,000 home.

“Carteret County has been very conscientious with our tax dollars. The high property value on our waterfront properties is what affords us to be able to keep our tax rate down, which is great for a lot of families moving into the area,” said Comer. “We have a large number of retirees moving to the Crystal Coast, many of whom are on fixed incomes. Our lower tax rate on real property, as well as on vehicles, boats and personal property, is a significant financial advantage to our residents. On the flip side, people moving in with families and earned income reap the benefits of less taxes too.”

Kirkman said that there has been a recent migration of people to the Crystal Coast from other states with higher taxes, particularly in areas like the Northeast and other high-tax states where there are limitations on property tax deductions.

“They see a tremendous value in the real estate offerings that are available here,” said Kirkman.

While there are certainly opportunities to purchase expensive mansions or beachfront property in the area, Carteret County offers a variety of properties spanning a large price range. Home and condominium prices in beach towns like Emerald Isle, Atlantic Beach, Indian Beach and Pine Knoll Shores or in waterfront towns like Morehead City, Beaufort, Cape Carteret and Cedar Point are often lower than similarly or smaller-sized homes in North Carolina’s major metropolitan areas.

“I think people, whether they’re still working and can work remotely, or whether they are retired from work and just looking for a beautiful place to live in their retirement years, are increasingly attracted to a coastal lifestyle. COVID-19 has accelerated this interest in leaving dense urban areas and relocating to coastal communities,” said Kirkman. “The low taxes are just part of that equation. Housing prices here compared to larger urban areas are much more affordable, including waterfront homes and condominiums. Additionally, our health care system and great education offerings only make the area more attractive for potential residents of all ages.”

Kirkman also noted that major new highway projects will make living or securing a home on the Crystal Coast more enticing and convenient. Four-lane U.S. 70 is being upgraded to new I-42, which will provide direct interstate access from the Research Triangle region to Carteret County.

“With the Havelock Bypass and the James City upgrades projected to be completed within five years, there will be no stoplights between Dover and Carteret County,” said Kirkman. “That, together with improvements to U.S. 17, will make the Crystal Coast much more convenient to the rest of the state and beyond.”

Added Comer, “Carteret County is laid back. It’s a friendly, easygoing county that is very welcoming. We’ve got a melting pot of folks from across the country that reside, vacation, and spend their time here in Carteret County. It’s a fantastic place.”

This article was written for our sponsor, Crystal Coast Economic Development Foundation.