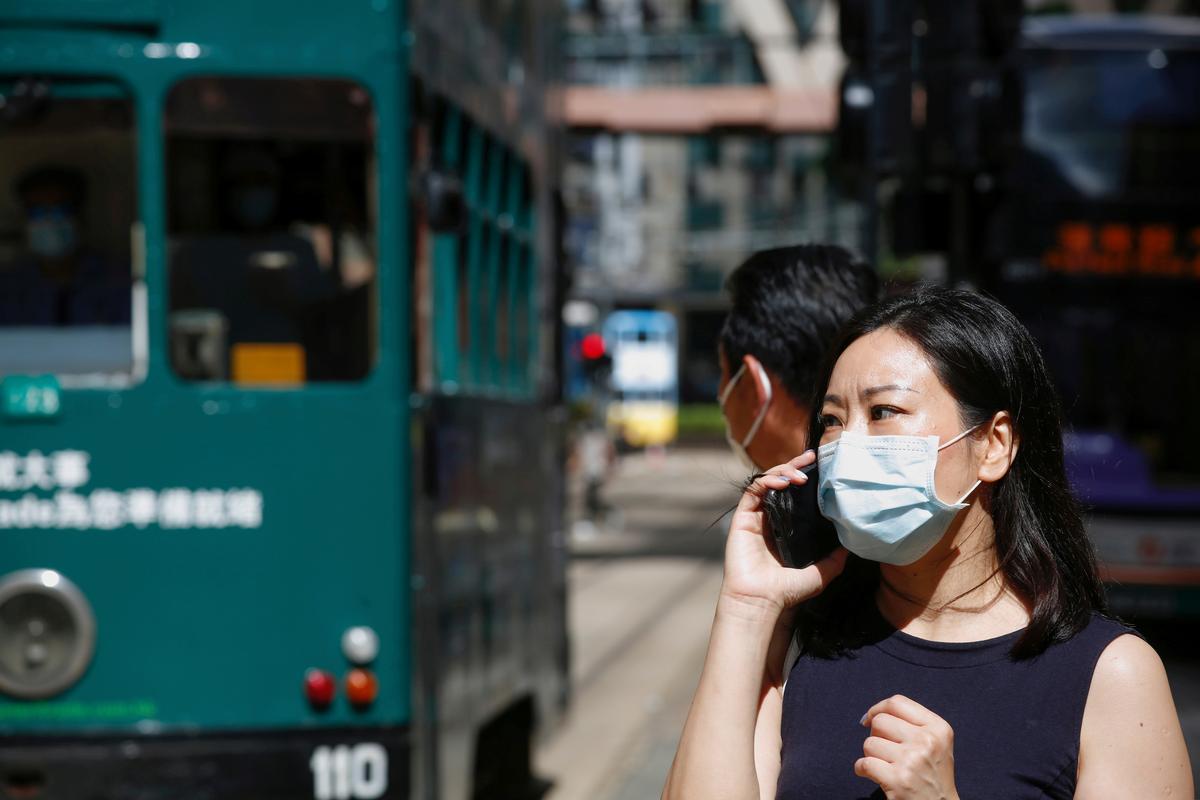 HONG KONG (Reuters) – A Chinese government offer to test all Hong Kong residents for the novel coronavirus is meeting scepticism from the city’s medical community and public and is emerging as a politically charged issue ahead of the launch of the plan next week.

A 60-person mainland Chinese team will carry out tests and build temporary hospitals in the first direct help from Chinese health officials for the semi-autonomous city in its battle with the epidemic.

But it comes at a sensitive time for the former British colony, with anxiety running high about what many of its 7.5 million residents see as Beijing’s efforts to rein in their freedoms, in particular with a national security law imposed in June.

Against this background, some democracy activists have suggested that people’s DNA will be collected and abused under the cover of testing. The city government has dismissed that saying no samples would be taken out of the city.

It comes as the number of new daily cases in Hong Kong has fallen substantially, to single digit or low double-digits figures, from triple digits during the city’s latest surge in cases a few weeks ago.

Some medical experts have cast doubt on the effectiveness and need for the tests, with some branding the exercise more of a political effort by Beijing to burnish its image rather than a medical necessity.

“We feel uncomfortable about the whole thing,” said Arisina Ma, head of the Hong Kong Public Doctors Association, who said she and other senior doctors were not consulted on the plan.

“The government just pushed it without really enquiring what we need. They’ve put politics above all social issues and public interests.”

She said the government should instead focus on testing high-risk groups, such as the elderly and residents of care homes where outbreaks have occurred.

The president of the Hong Kong Medical Association, Gabriel Choi, said the scheme was rushed and universal testing was not effective.

“People who do not think they need the test will not come forward. There is not much incentive. Myself, I’m pessimistic,” Choi said.

The city’s Beijing-backed chief executive, Carrie Lam, has criticised such talk as an attempt to “smear the central government”.

“Well-known people, especially in the relevant professional area, should express their view in a more responsible way,” she told a news conference on Tuesday, as she urged everyone to get tested.

Still, many residents, including doctors, say they will skip it.

“Doing the testing now will root out a few cases but nothing substantial. It’s ineffective and a colossal waste of government money,” said a 35-year-old Hong Kong woman who asked to be identified as just Judy.

She said she and her family would not take part.

“This is China trying to take the credit for Hong Kong’s recovery from the third wave,” she said, referring to the city’s latest spike of cases.

The mainland team is also planning to build an 800-bed temporary hospital in four months, and a community treatment centre within weeks.

Chinese state media has denounced critics of the help as ungrateful, while China’s main office in the city – the Hong Kong Liaison Office – said in a statement it was “shocking” that people could question it.

“These critics are full of arrogance and prejudice against their mainland counterparts,” the office said.