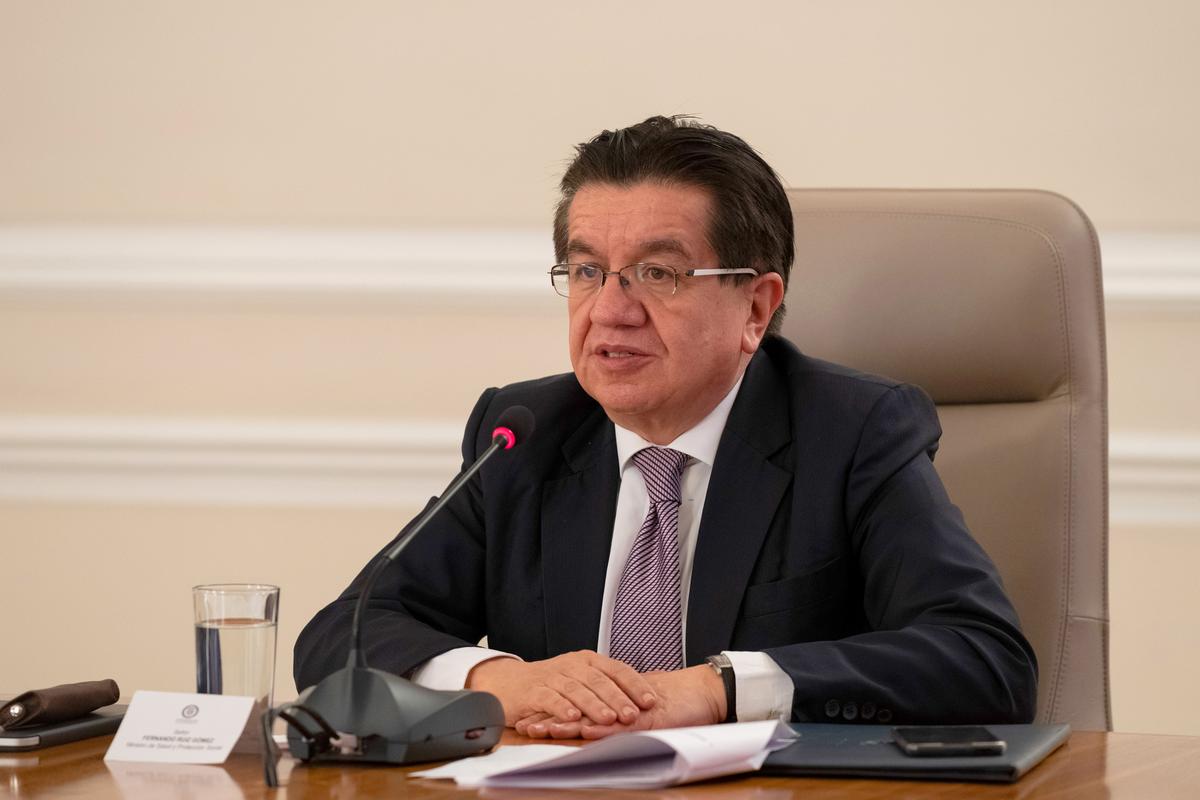 BOGOTA (Reuters) – Colombia is in discussions to join other phase three clinical trials for a vaccine, the health minister said on Tuesday, and will not reverse an end to its national quarantine.

FILE PHOTO: Colombian Minister of Health Fernando Ruiz speaks during the filming of the television program “Prevention and Action” at the presidential palace, amid an outbreak of the coronavirus disease (COVID-19), in Bogota, Colombia August 12, 2020. Courtesy of Colombian Presidency/Handout via REUTERS

The government said on Monday that Colombia, which has nearly 552,000 confirmed coronavirus cases and is finishing more than five months of lockdown at the end of August, would participate in trials with Johnson & Johnson.

“We are also talking with other companies about the possibility of holding clinical trials,” Health Minister Fernando Ruiz told Reuters in a telephone interview. He could not name the companies because of confidentiality restrictions.

The price per vaccine dose is still uncertain, Ruiz said, but Colombia is estimating a cost of $20 and investment of some 1.5 trillion pesos ($390 million) to initially vaccinate health workers and other high-risk people.

“Our strategy is to look for multilateral mechanisms where countries get together to buy and that ensures coverage for 20% of the population,” Ruiz said. “Colombia has to be a careful buyer because it’s not a country with unlimited resources.”

Colombia has spent around $3 billion on its healthcare system amid the pandemic, Ruiz said, and will soon double its number of intensive care unit (ICU) beds from 5,600.

Many restrictions have been gradually loosened during the lockdown, but its end will mean open roads and increased national flights, though international transport and large events remain banned.

Ruiz said the quarantine had delayed the peak of the pandemic, which otherwise could have infected 250,000 people a day and collapsed the healthcare system.

“I don’t think selective isolation measures will be reversed. We’re seeing the light at the end of the tunnel, we’re passing the hardest period,” Ruiz said.

“That doesn’t mean there will not be new flare-ups but we have the capacity to trace them and do a focused containment.”