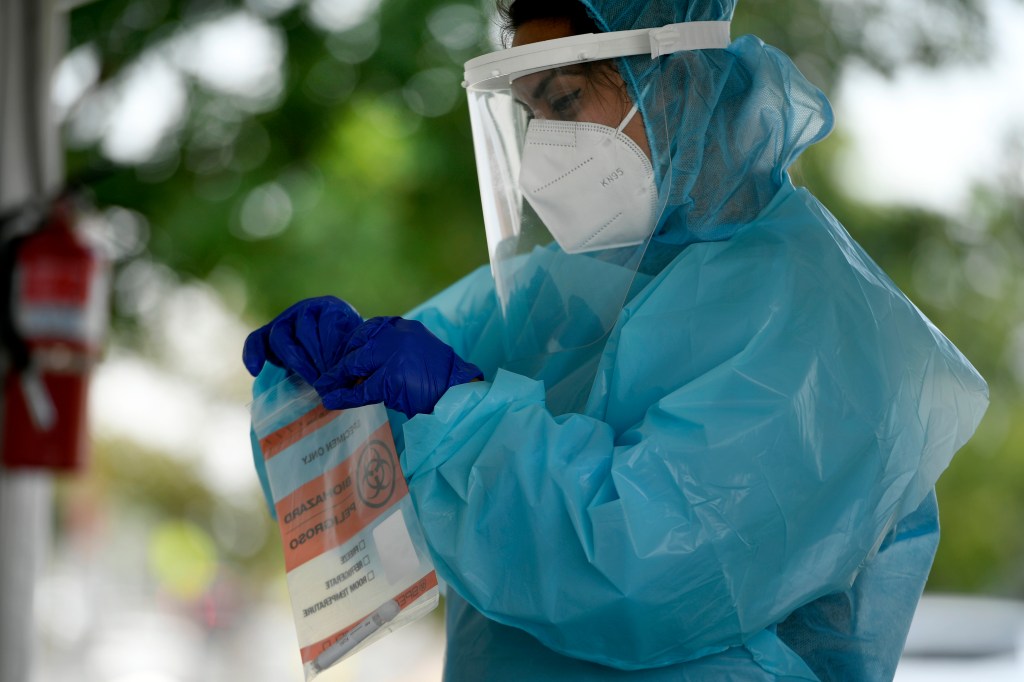 New COVID-19 cases in Colorado fell for a fourth week, erasing its late-July spike as much of the rest of the country also stabilized its caseload.

The Colorado Department of Public Health and Environment reported 1,884 cases of the new coronavirus in the week ending Sunday. That’s less than half as many as during the peak in late July, when the state saw 4,033 new cases.

The state department acknowledged that cases and new hospitalizations are down, but cautioned that numbers will vary as the pandemic continues. State officials have urged caution as students return to school and families plan Labor Day getaways.

An average of 2.2% of tests were positive in the most recent three days. That’s well within the recommended range, indicating there likely aren’t a large number of undetected infections.

Right now, Colorado is doing relatively well, but that’s because enough people have been keeping their distance from others and wearing masks, said Beth Carlton, an associate professor of environmental and occupational health at the Colorado School of Public Health. Most people don’t have immunity to the virus, so relaxing vigilance too much could lead to another spike, she said.

“We’re in a good but uncertain place,” she said. “If we all go out and party right now, things will not look as good for us.”

Nationwide, cases dropped about 31% over the last four weeks, according to data from The New York Times. Between late July and late August, 41 states and the District of Columbia saw declining cases, while nine states and Puerto Rico saw their new cases continue to grow.

It’s difficult to say with certainty that Colorado is doing better than the country as a whole, because the Times’ data doesn’t separate out older infections that were just now reported, which the state health department’s data does.

The trend of deaths in the most recent weeks is uncertain. About 30 people died each week in July, but the total increased to 38 in the first week of August. Death reporting is delayed, so it’s difficult to know how many people died in the last two weeks.

COVID-19 deaths happen an average of about three weeks after someone was infected — though individual cases can vary quite a bit from the average —  so the early August increase could reflect the July spike in cases. If that’s the case, deaths would be expected to trend down in the near future, reflecting fewer infections in recent week.

Subscribe to bi-weekly newsletter to get health news sent straight to your inbox.