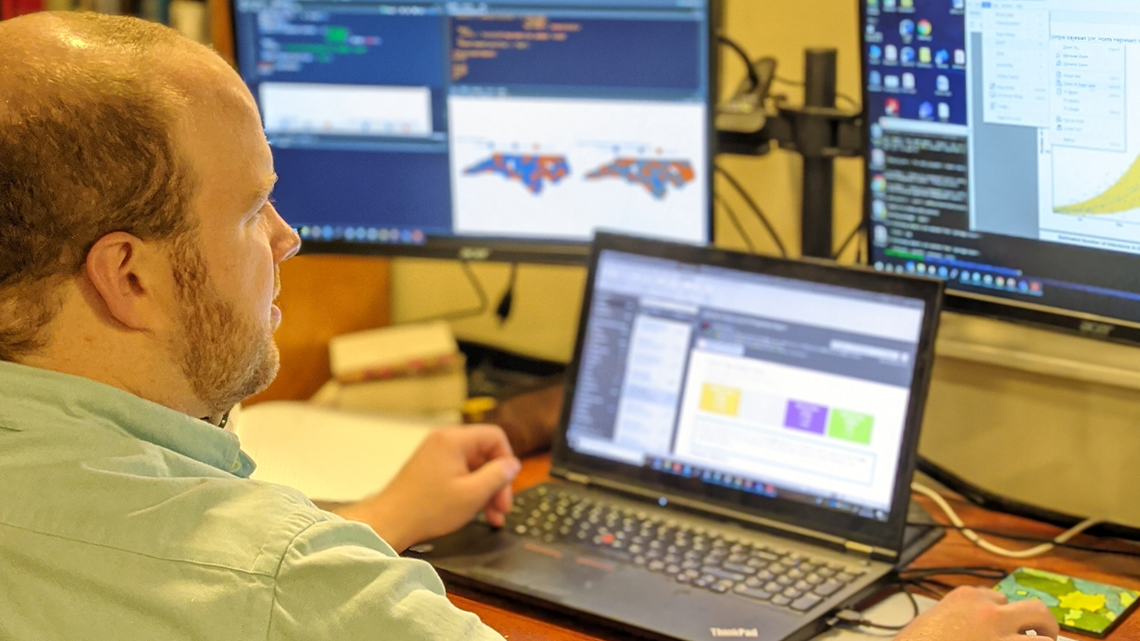 When looking at data surrounding COVID-19 you can look back or look forward. Trends will form looking back but often the better predictor is to track current trends.

The data provided is often referred to in the medical and scientific community as trailing data. The information is obtained after the cases are reported. The data science team at Cone Health is using what it calls leading data to better predict trends and potential outbreaks in the upcoming weeks.

“We use the data to better understand how (people) move around, the socialization data enables us to do what we call nowcasting,” Richard Pro with Cone Health said.

Pro is the Data and Chief Analytics Officer at Cone. His team uses several resources including Facebook to better track social interactions.

“What we are seeing is a slow but steady decline in cases identified and cases hospitalized,” Pro said.

The data has proven to be very accurate according to Pro and is often shared with the state and local health departments if a future cluster can be identified. Automated contact tracing is also an incredibly helpful resource the team at Cone Health is using.

Other health departments and hospitals around the country are using cell phone data to predict future data and cases related to the virus. The GPS signal on a cell phone can accurately show if a person encountered someone else for a period of more than five minutes. Those interactions can be tracked and the data can be extrapolated to better predict future cases in a certain city or county.

“The number of social interactions is a highly accurate predictor of the number of (future) cases,” Ben Kaplan with TOP Data said.

The data obtained in July almost mirrored the biggest one-day spike in North Carolina. On July 2, social interactions based on phone records peaked at 3.2 compared to 1.4 interactions during the lockdown. Sixteen days later July 18, our state saw the highest number of reported cases to date.

“The concern for North Carolina right now is that interactions continue to stay at a level where we don’t see the disease diminish much,” Kaplan said.

Social interactions are still a bit above three, Kaplan said it needs to get below 2.5 to see a significant shift in cases.

The data science team at Cone Health also believes we will see a slight increase in cases as some students go back to school. In fact, on Tuesday North Carolina saw a slight uptick in cases after several days of a slow decline for the most part.