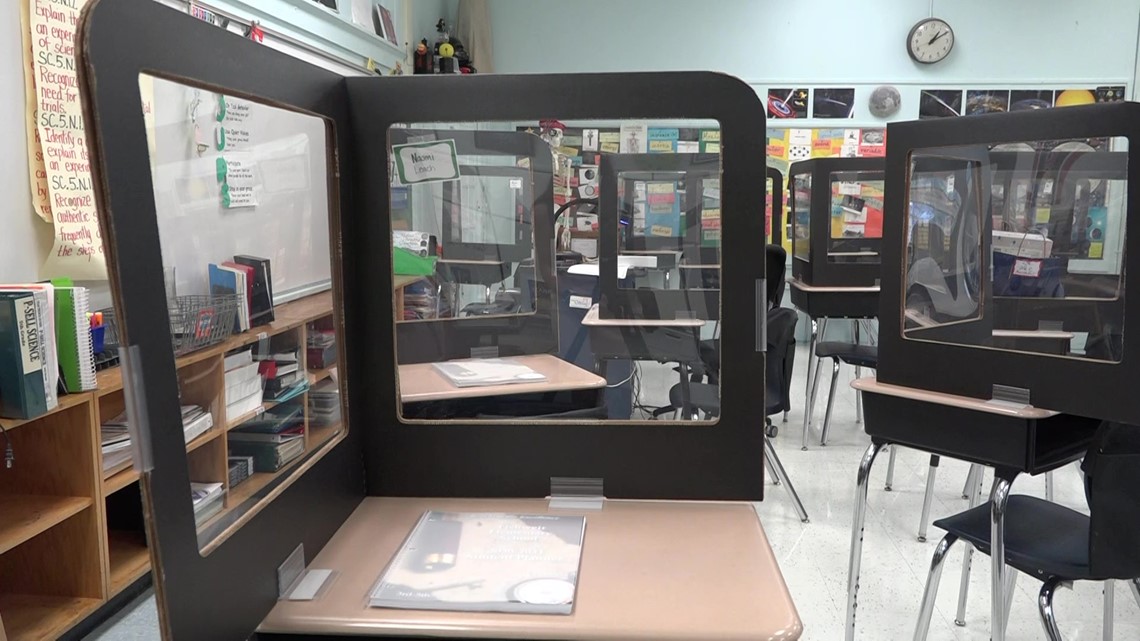 This isn’t the first time state officials have attempted to keep COVID-19 cases among specific communities sealed from the public eye.

Superintendent Diana Greene said the district was going the extra mile, working on its own dashboard with updated COVID-19 case numbers, that was expected to launch the first day of school.

Instead, a static webpage the district started updating with confirmed cases on Monday has been untouched for two days. District spokesman Tracy Pierce said that’s because on Tuesday, the Duval County Department of Health told the district it cannot publish “school specific data related to COVID-19” without the state health department’s permission.

The order puts a halt on the district’s dashboard progress, as well until the state awards permission, Pierce said.

The local health department’s guidance cites a state statute — Florida Statute 381.0031 — as its reasoning. That statute centers around epidemiological research and reporting diseases with “public health significance” to the Florida Department of Health.

It says information submitted to the state department is confidential and “only to be made public when necessary to public health.”

The Times-Union reached out to the Duval County Department of Health for comment but has not heard back as of publication time.

This isn’t the first time state officials have attempted to keep COVID-19 cases among specific communities sealed from the public eye.

Under Gov. Ron DeSantis and the Florida Department of Health’s direction, the state consistently suppressed the number of COVID-19 cases and related deaths in state nursing homes and longterm care facilities and prisons, as well as public medical examiners records of COVID-19 related deaths.

The Florida Department of Health also advised local health department branches on what kind of guidance they could and couldn’t give public school districts working to re-open as a result of a state executive order.

The push follows months of President Donald Trump, and locally, Gov. DeSantis pushing for brick-and-mortar schools to open, even threatening funding — a key factor in a judge’s ruling this week that deemed school reopening orders as unconstitutional.

“Duval County Public Schools is now working closely with the Department of Health to ensure that we provide accurate and timely data and to seek the necessary permission to publish this information,” Pierce said, adding that the state department of health is developing its own report on school-related cases.

On Monday, the department published three-days’ worth of school-related COVID-19 case reports, only to retract them a day later after the Times-Union reported on them.

The Times-Union pointed out inconsistencies in the state’s reports that the department never responded to requests for comment about. Those reports didn’t include the names of schools with cases.

It’s worth noting that the health department’s new guidance goes against the U.S. Department of Education’s own advice. The department said schools can release information about COVID-19 case numbers, as long as it doesn’t identify the student.

Only four of those six cases made it to the district’s web page, which was later updated to reflect the pause.

“Duval County Public Schools believes this is important information for families to have as they make decisions regarding enrollment options now and in the future,” Pierce said. “The district hopes that we are able to resolve this situation soon.”

Read more from our news partners.