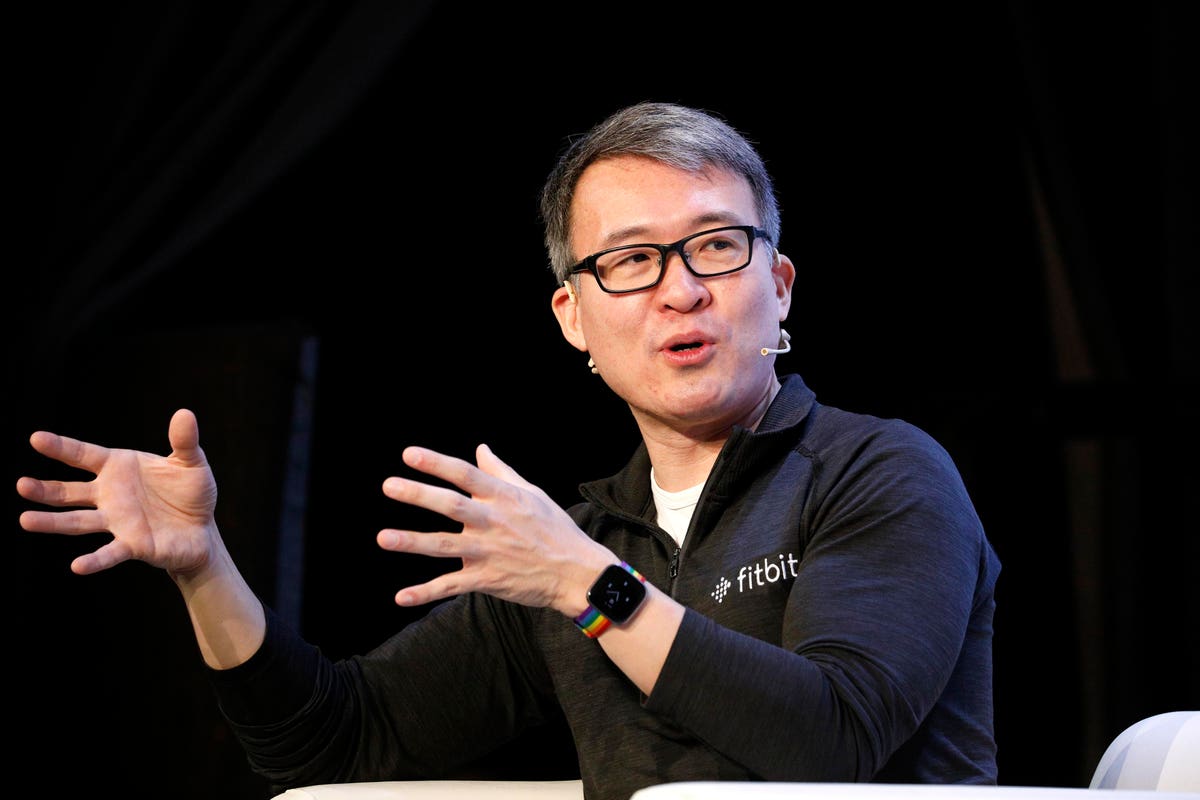 American fitness wearable brand Fitbit’s just-announced new product seems like a direct answer to the current pandemic times: a smartwatch with a sensor that detects skin temperature and can alert users of a potential fever. But Fitbit cofounder and CEO James Park assures it was just a coincidence.

“Developing the sensors and the algorithm, and getting the certifications took at least a couple of years,” says Park. “I suppose this is good timing for our technology, but bad timing overall because no one wanted this pandemic.”

The ability to detect potential fever is just one of three new health features of the Fitbit Sense, which Park calls a “true health watch.”

The Fitbit Sense is also equipped with an electrodermal activity (EDA) sensor, used in the field of psychology and general healthcare to detect stress level. The Sense is the first commercial wearable to make use of this technology.

The third new addition is the ability to conduct an ECG (electrocardiogram), which can detect irregular heart rate, a symptom of atrial fibrillation.

This more in-depth heart health monitoring should come as no surprise to anyone familiar with Fitbit—the company did, after all, pioneer the 24/7 heart rate sensor on a wearable; and the Apple Watch had introduced the same ECG sensor to much fanfare last year.

But the new focus on mental health—treating stress and being mindfulness—is a new direction for the company.

“I think more people are now seeing fitness and health as one thing,” says Park, who initially co-founded Fitbit in 2007 because he felt out of shape. “There’s more of an awareness for benefits of holistic body health. And we want Fitbit to go from being just a fitness tracking company to a health company.”

The EDA sensor works by detecting small electrical changes in the sweat level of our skin caused by the body’s sympathetic nervous system. To scan, the wearer simply place their palm over the watch face, and within seconds get information on their stress levels.

Park says the company’s team of research scientists worked closely with medical experts at leading U.S. academic institutions. And yes, they’ve taken into account the humidity of certain regions too, such as Hong Kong.

“The rate at which humidity changes in a room is much slower; it’s a different type of change, compared to the sweaty palms you get from stress hormones sent by the sympathetic nervous system.

Using data from all the sensors—heart rate variability, skin temperature, and electrodermal activity—Park says the Fitbit Sense can have an idea of the wearer’s stress level, sometimes before the person even realizes they’re under stress.

Of course, this new direction is also a business decision for Fitbit. Apple’s all out push in recent years to turn the Apple Watch from what was initially marketed as a fashion accessory to a health monitor “that can save lives” has resulted in growing sales and a dominating 35% of the wearable market share, compared to Fitbit’s 4.1% market share.

Considering how “walled in” Apple’s eco-system is—and the tech giant is looking to build the walls higher, it would be a very tough task to make an existing Apple Watch user jump to another wearable platform. The silver lining for Fitbit is that it should have the resources to become Android’s version of the Apple Watch—because it should soon be a part of Google.

The U.S. search giant acquired Fitbit last year for 2.1 billion, but the deal has yet to finalize due to antitrust regulators in the EU are concerned about the merge. Park is confident the deal will finalize before 2020 wraps, that they are “working very closely with regulators to get approval.”

Google’s presence can already be felt in Fitbit’s new products, all of which supports Google Assistant for the first time. Although Park makes it clear Fitbit is not giving up appealing to the iPhone user base—“we want to make Fitbit available to as many people around the world as possbile”—he concedes that there is a “huge opportunity for [Fitbit] to become the de facto watch for the Android eco-system.”

Along with the Sense, Fitbit also introduced two other wearables: the Fitbit Versa 3 and Fitbit Inspire 2. The former is also a smartwatch like the Sense, but lacks the headline grabbing EDA sensors. The Inspire 2 is a fitness band more in line with Fitbit’s initial line of products. Together with the Sense, they’re priced in the typical three-tier system of consumer gadgets: a premium all-out device (the Sense); a mid-tier affordable one (Versa 3) and a budget entry-level one (the Inspire 2).

In the Android space, however, there is no shortage of competition: Samsung, Huawei, Oppo and Xiaomi are just some of the big names pumping out smarwatches and fitness trackers. So how does Fitbit plan to stand out—aside from the obvious benefit of being an “official” Google product?

“I think the major differentiation is we have been a trusted source of health information and we will continue to build on that. We work very closely with regulatory bodies,” Park says, adding that the company has been doing Covid 19 early detection research and have tested over 100,000 people who have tested positive for Covid 19 in an effort to build an early detection algorithm. To that end, Fitbit’s wearables have been used by the Stanford Medicine Healthcare Innovation Lab for the same study.

“In the health realm, you have to be much more rigorous in testing and have data and answers for consumers,” Park says. “You can’t just claim your product is a health band [without doing the research and work].”