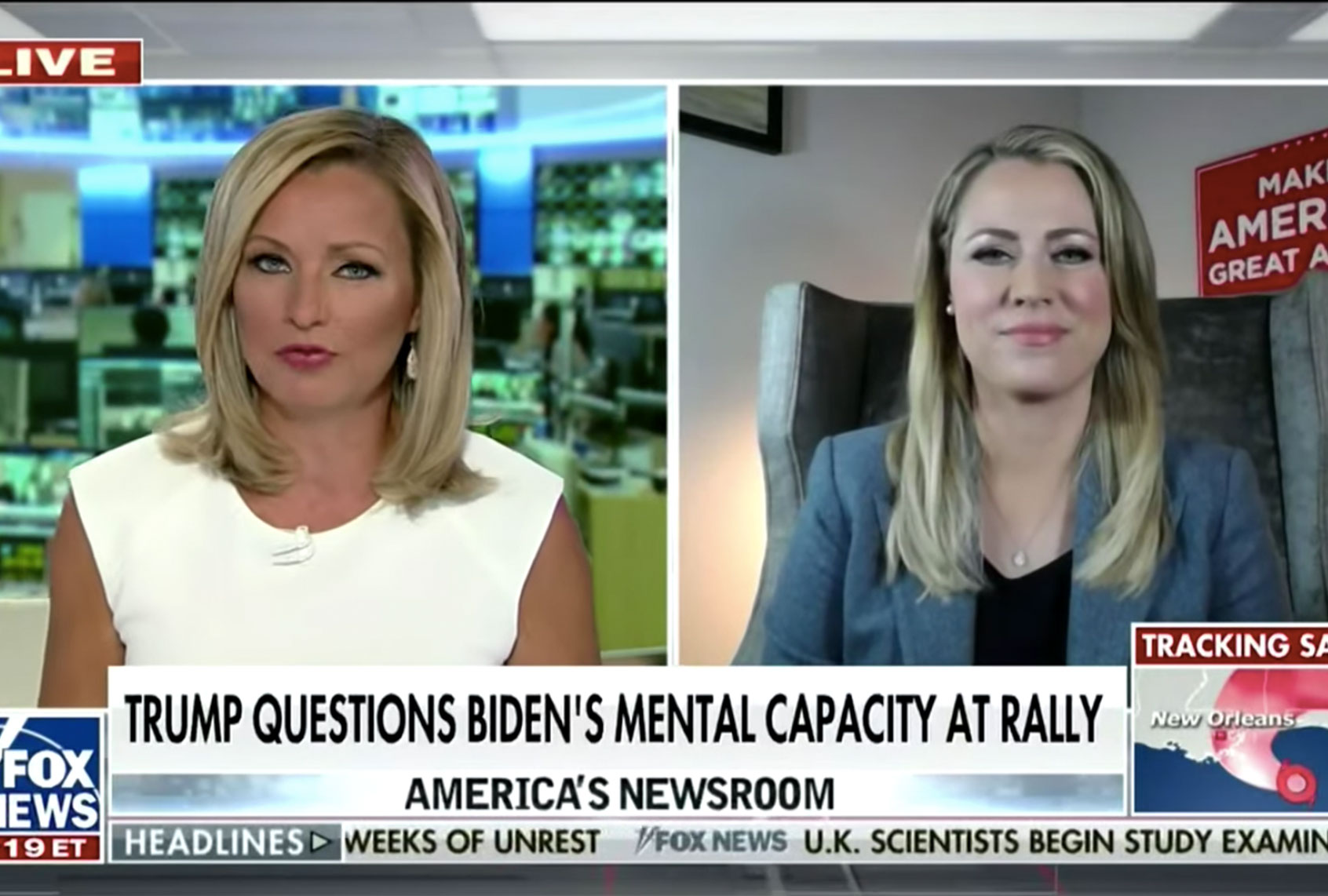 Fox News host Sandra Smith spoke to Perrine about the tactic after Trump railed against Biden’s mental fitness at a Sunday rally.

“Seeing how this is not working in President Trump’s favor in the polls, why stick with this message?” the Fox News host wondered.

“I would argue that it is working in the polls,” Perrine replied. “President Trump, in that Fox poll, is at his strongest standing since going against Joe Biden and has cut Joe Biden’s lead by 7 points in that poll.”

In response, Smith noted that the same Fox News polls found that voters are more concerned about unemployment, the COVID-19 pandemic and crime.

“These are huge issues for voters,” Smith continued. “So why make Joe Biden’s alleged cognitive decline a centerpiece of Trump’s reelection campaign?”

“It certainly a question the American people need to ask,” Perrine insisted. “Listen, if there’s a crisis in the world, it’s 3 in the morning, who do you want answering the phone at the White House? President Trump, who has an incredibly strong foreign policy record delivering for the American people, protecting people or Joe Biden, whose own campaign couldn’t even make a declarative statement on whether or not he uses a teleprompter for interviews. That’s a serious question for the American people and we’re going to ask it!”

Smith went on to point out that Trump has recently escalated his attack by accusing Biden of using performance enhancing drugs.

“We are talking about everything,” Perrine responded. “The president is asking questions and Joe Biden should answer them.”

Watch the video below from Fox News: