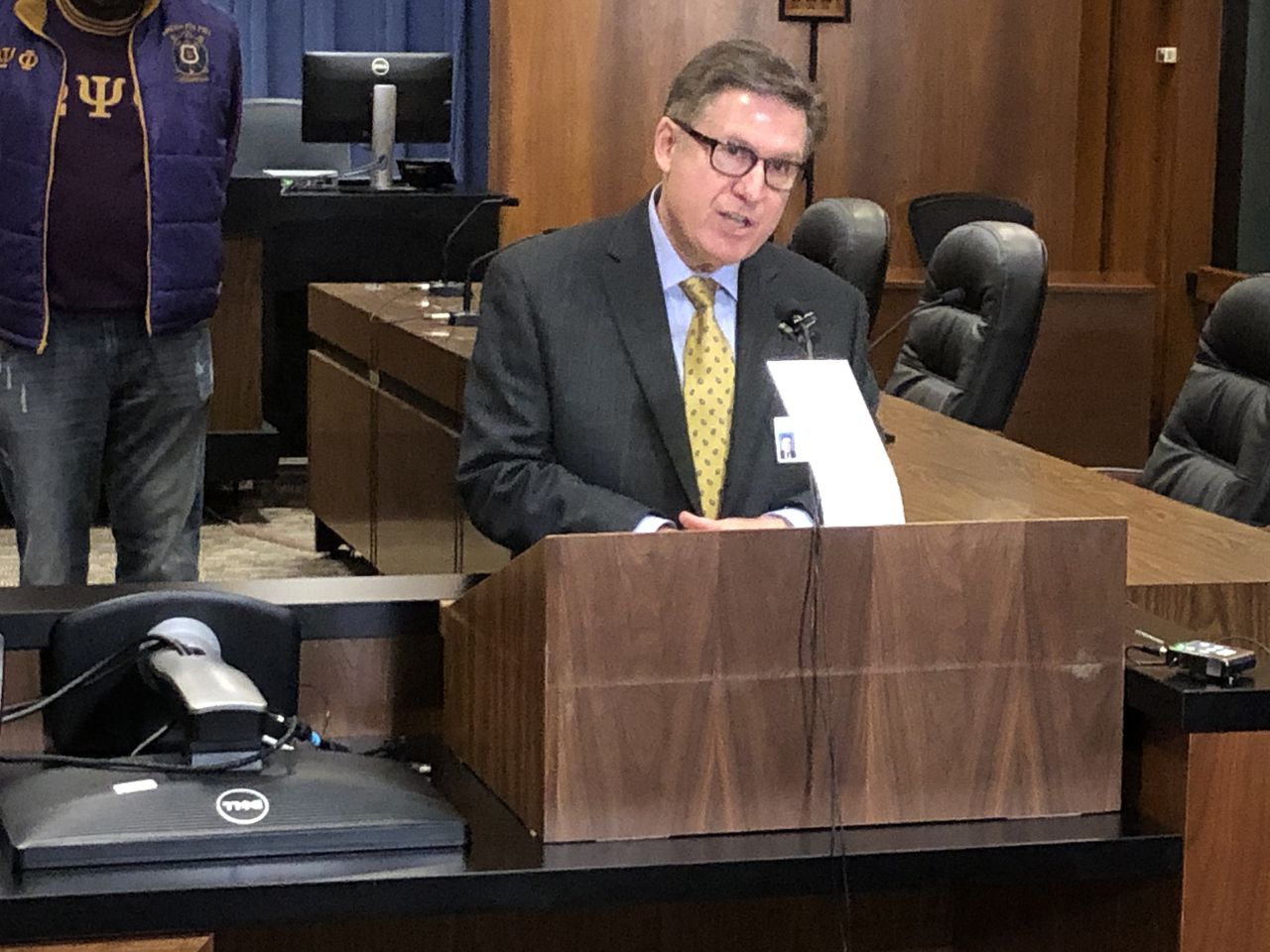 GENESEE COUNTY, MI — County Health Officer John McKellar, who helped repair the standing of the Health Department after the Flint water crisis and led local efforts to combat the coronavirus pandemic, is retiring and a national search for his successor has begun.

McKellar said he is expecting to leave his post next month, three years after agreeing to take on the job — first on an interim basis and then as the permanent replacement for former Health Officer Mark Valacak.

“I had contemplated doing this in the spring and COVID-19 hit,” McKellar said Tuesday, Sept. 15. “It was clear to me that I really couldn’t go then. The pandemic clearly still has other phases and stages to play out, but I think this is an OK time for me to leave and have some fresh leadership.”

There have been 3.411 cases of coronavirus reported in the county and 281 deaths as of Monday, Sept. 14.

McKellar has been an advocate of social distancing and mask wearing, and ordered the cancellation of the Genesee County Fair after organizers made plans to stage the event this year.

”The biggest stressor about the pandemic is it’s an all new virus,” he said. “There (was) so little initial understanding of how it was going to behave and how we as a community and nation we’re going to handle it.”

In addition to COVID-19. McKellar said he set out to better handle a $15 million grant to provide health and social services to women, infants and the families of people who were at risk for lead exposure in Flint, to carry our “other intra-agency healing in terms of this department’s relationship with other state and local agencies” in the aftermath of the water crisis, and to ready for an accreditation survey from the state Department of Health and Human Services.

“In some ways it’s been mission accomplished for me … Those things have been addressed,” the health officer said.

Valacak had became a key figure in the Flint water crisis, and he blamed state health officials for what he called poor communication on issues related to Flint water, including elevated levels of lead and Legionnaires’ disease. But he was criticized at the time for failing to alert the public about Legionnaires’ when he was in a position to do so.

Prior to Genesee County, McKellar served as health officer in Saginaw County for 6 1/2 years.

The county has formed a subcommittee to lead the search of McKellar’s replacement.

A posting for the position opening says the county is seeking a physician licensed to practice medicine in Michigan who is also licensed by the Michigan Pharmacy Board as a dispensing provider.

Brenda Clack, a county commissioner and member of the Health Department Board of Directors, said the job will require a strong background in public health and the ability to bring innovation to the position.

“I want a person (who) somewhat knows this community, understanding the problems we have been looking at in this community for a long time,” Clack said. “We cannot go backwards. We have other challenges we are going to be faced with (including) children lacking nutrition, proper housing and a stable home. Health plays an important role in that and there have been instances of health (inequities in our past).”

Clack, a Flint Democrat, said McKellar “was willing to listen to us.”

“If you had a concerns as a commissioner, he didn’t shut you down … He worked well with other employees in the Health Department (and on) the water situation and infant deaths,” she said. “He had a lot on his plate.”