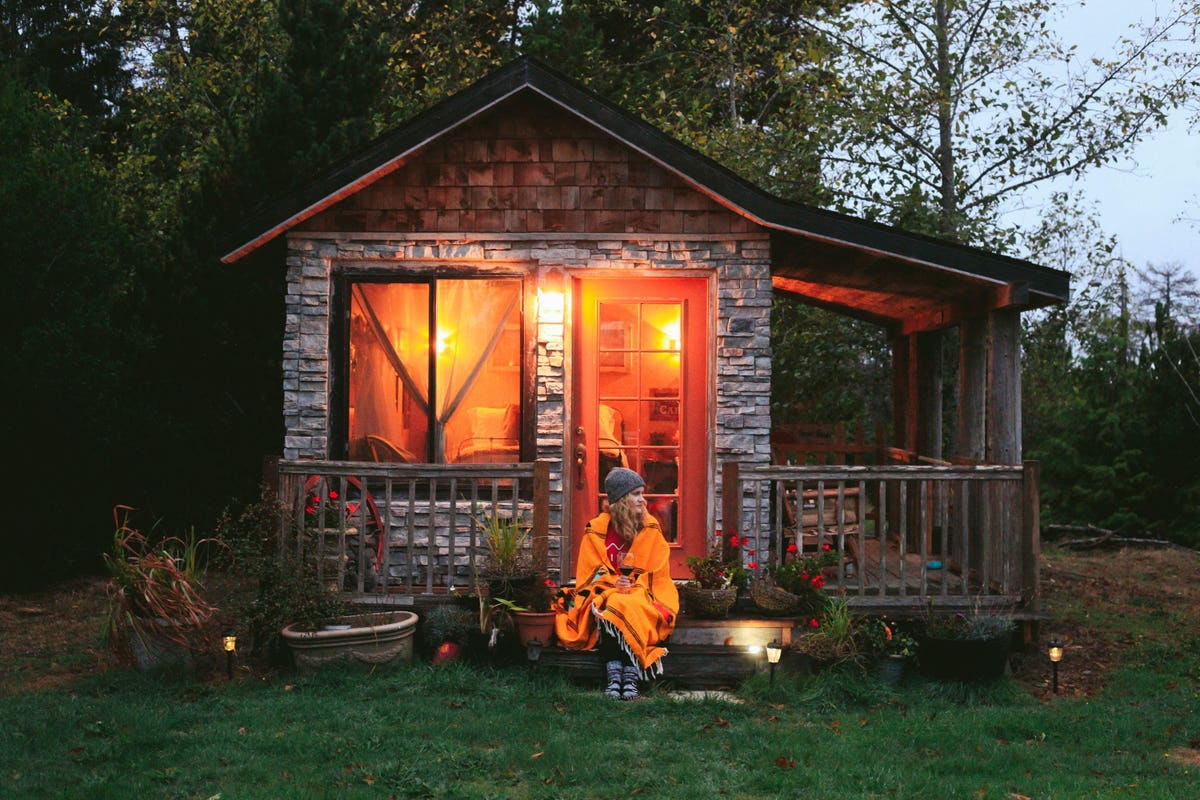 Picture this. Miles away is a tiny house nestled in the woods on a lake with farm fresh eggs in the kitchen awaiting your arrival. There are llamas to pet, berries to pick, and fireflies dancing at dusk. At bedtime, you can stargaze into the infinite dark sky. The vibe is chill and for $50 a night you can help farmers, ranchers and vinters find a sustainable way to conserve their land and protect the environment.

Such a place exists and finding it has been made possible by a handful of celebrities, A-list venture capitalists, a Shark Tank winner, an internet pioneer, and a social impact filmmaker turned self-taught computer programmer who in 2013 had a dream of creating a comprehensive database of campgrounds that could be mined by machine learning algorithms to enable campers to find the perfect surf spot.

Competitors include Benedict Cumberbatch-backed Tentrr, GlampingHub and Glamping.com, but all appear to be a magnitude smaller and likely to be seen as acquisition targets by Hipcamp with its $127 million valuation and $41.8 million in funding.

Most notable is Hipcamp’s founder and CEO Alyssa Ravasio who successfully fundraised in Silicon Valley during the #MeToo era. A significant accomplishment considering women still only receive an abysmal 2.8% of US venture capital, according to PitchBook.

I had a chance to talk with Ravasio about her founder’s journey and how she’s been able to negotiate this period of great uncertainty for travel companies in the Covid-19 world.

Who wrote your first check?

First check was from a friend, Katherine Krug. [A serial entrepreneur best known for turning down a Shark Tank deal and raising $3 million on her own through crowdfunding].

We were drinking wine at her house and I told her how I was trying to build this platform but had no idea how I was going to pay rent. She and her husband, Jonathan Swanson, founder of Thumbtack, were avid travelers running their companies as digital nomads and loved the idea of Hipcamp.

She said, I want to invest in you, you’re totally going to figure it out and wrote me a check for $1,000.

How did you get your seed round?

Our first institutional investor came six months later. It was Dave Morin of Slow Ventures. He had heard about us on Twitter. I had the website up and someone had sent in a support ticket requesting a filter for dogs allowed. I wrote back saying that was a great idea and he tweeted it to like a million followers. Totally blew up the company. Dave saw the tweet and reached out.

At the time, Hipcamp was focused on bringing all of the national and state parks together on one map. When I mentioned to Dave that I wanted to add in private campgrounds, he was like this is going to be huge. How much money do you want? I was like whoa and he wrote a check for $250,000. That’s what kicked off our first round.

Everybody wanted to invest because Dave had the biggest syndicate on AngelList. He asked me, if you can have any investor in the world right now who would you want? I said Tim O’Reilly because he believes in the government and can help me work with the big public park agencies. His wife was also the Deputy CTO of the White House. [Ravasio had previously worked on the U.S. Department of State Net Freedom Task Force.]

So Tim invested through his fund, O’Reilly AlphaTech Ventures, and our seed round closed at $2 million. OATV partner Bryce Roberts took a seat on the board and has been an incredible partner building this company for the last six years. He is now a board observer.

Who led your Series A and Series B?

Sarah Tavel of Benchmark led the Series A and Andrew Chen of Andreessen Horowitz led the Series B. They both took board seats and have been very involved.

A year ago you landed celebrity investors, Jay-Z and Will Smith. How did that come about?

Our Series B was led by Andreessen’s a16z Cultural Leadership Fund which is backed by Jay-Z’s Marcy Ventures Partners and Will Smith’s Dreamers Fund [as well as Quincy Jones, Kevin Durant, Diddy, Shonda Rhimes and other Black cultural icons]. The fund’s mission is to create greater opportunities for African Americans in tech and all proceeds of the fund go to charities that support diversity and inclusion.

At a barbeque hosted by Andreessen’s Ben Horowitz I was introduced to Chris Lyons who runs the fund. As we chatted about how Hipcamp has always been very intentional about creating outdoor access for everyone, I shared how much Jay-Z had influenced my thinking about entrepreneurship and my cultural programming. He offered to make the introduction to both Jay-Z and Will Smith. That’s how we landed the investment and it’s been great having their support.

What is your North Star?

Our North Star is nights outside and it’s exciting to see us getting close to 2 million. We are strong believers in biophilia and that spending time outdoors is essential to human health and happiness.

What happened when the pandemic hit?

Our business fell off a cliff in March by about 80%. In an effort to flatten the curve, we were actually encouraging cancellations to help people comply with the shelter in place restrictions which was hard because our hosts really depend on this income to be good stewards of the land. So we launched a feature where people could choose to donate the value of their trip to them and one in four people opted in. But it was a really hard time. We had to do some layoffs to make sure we were set up for the long term success of the company and did apply for PPP. Things began to turn around in May and we were able to bring some people back.

Now demand is so high it’s unlike anything we’ve seen before. We were completely selling out in California before the wildfires. Bookings are three times from last year and landowners are making tens of thousands of dollars on the platform in their first few months. Site traffic is up two times from last year. Covid-19 has increased interest in outdoor experiences and we have found people traveling 40% closer to home compared to this time last year. We’ve put safety measures in place like contactless check in and rent your own portapotty on shared sites. Half of our listings feature a single site making us a popular destination for those seeking to socially distance.

We’re in the strongest financial position we’ve ever been. Our workforce of 35 is completely distributed and we’re now hiring as we build out the toolset on our platform. Our biggest challenge now is finding enough listings to satisfy demand.

How do you monetize?

We take a 10% Commission on the price hosts set. They choose their own pricing and manage their own calendars and we build tools to help them running their business.

What are your ambitions for the next three years?

I hope to become a force for stopping habitat destruction and shift the narrative of climate change from shame and guilt to action that benefits everyone.

I’d like to sit down with a minister of the environment in Ecuador and say I know you think clear cutting in your rainforest is the best choice but we have an economic engine that provides a better alternative as it allows your landowners to earn money while being good stewards of the land.

My goal is to have Hipcamp in most countries around the world in a way where we’re able to retain quality of experiences for the well being of our community. We don’t want to grow so fast where we compromise our values.

This conversation has been edited and condensed for clarity