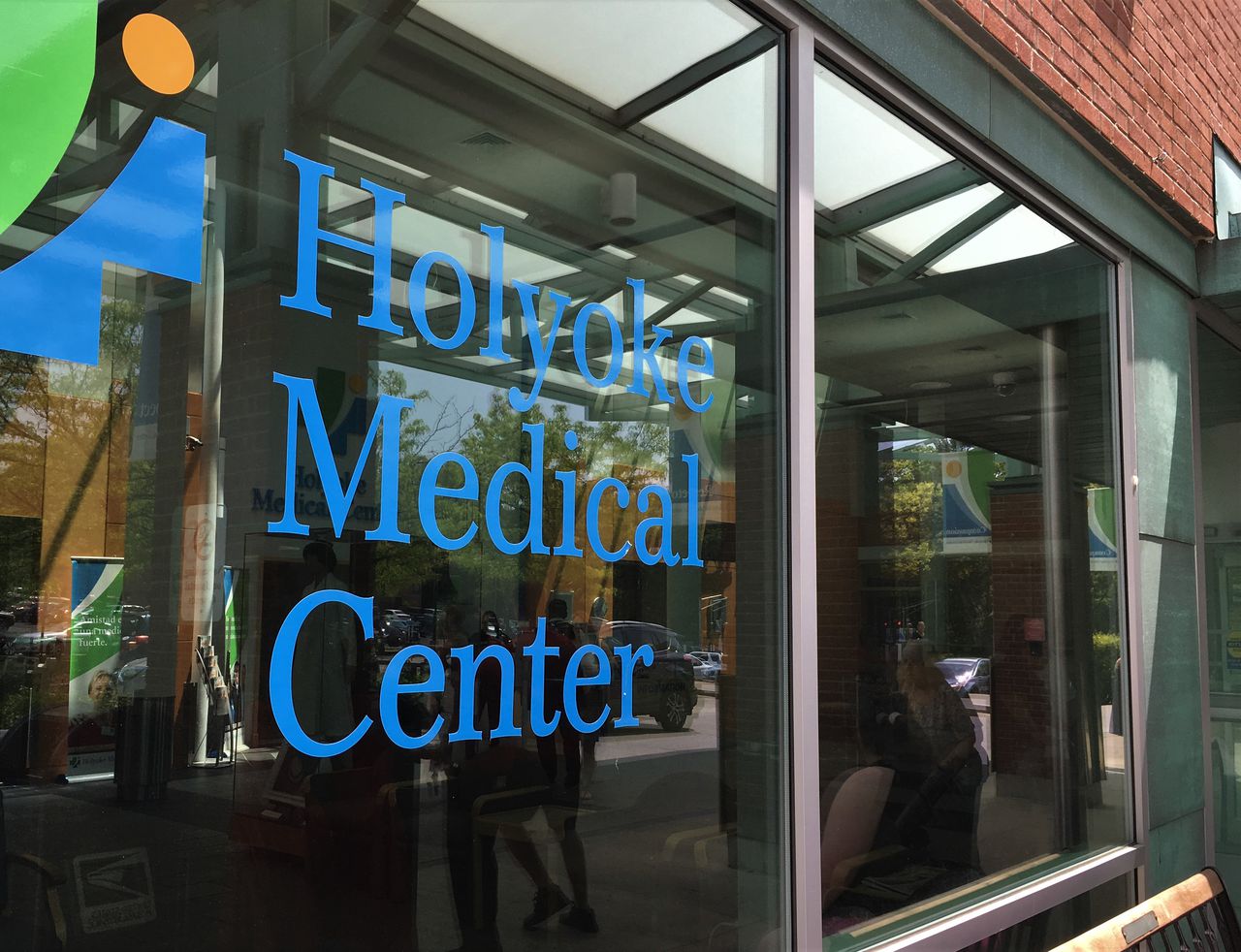 HOLYOKE — With the Birthing Center at Holyoke Medical Center scheduled to close in October, former staffers, city officials and residents are wondering why women were no longer choosing the center for their deliveries and why the news of its closure seemed to come so suddenly.

“The first I heard of it was through a phone call from a news reporter. I was very surprised, and by the time the public hearing was held I felt the closing was a done deal,” said Holyoke Ward 1 City Councilor Gladys Lebron-Martinez, who was part of the task force in the 1990s that advocated for creating the Birthing Center.

The closure announcement was made in June, followed by a July 28 public hearing held by the state Department of Public Health. The department subsequently deemed the Birthing Center an essential service, requiring Holyoke Medical Center to submit a written plan on how the effects of the closure will be mitigated. That report is due by the end of this week.

While the department can give recommendations, its decisions are not binding, and the hospital can go ahead with the closure.

Holyoke Medical Center’s president and CEO, Spiros Hatiras, said the hospital followed the proper procedure to announce the closure to staff, patients and their families, as well as city officials.

“The process starts with a notification of all of your staff, any unions you have, your patient and family advocacy group, all the elected representatives in the city and the president of the City Council, and you have to do this before you can even send a letter to the Department of Public Health. This process ensures the broadest dissemination of that information, and we did that,” Hatiras said.

The main reason cited for the closure is the low average number of births at the Birthing Center since it opened in 1993. Over the past 27 years, the 13-bed unit consistently had fewer than 400 births per year. That rose to about 600 births per year after bilingual midwives joined the practice in 2002, but by 2010 the numbers were again below 400.

Hatiras said there were 383 births at the center last year and that numbers were expected to decline even further. The estimated annual loss from the maternity service is between $3 million and $4 million.

“You have a 13-bed unit that only has an average of 1.2 births a day, and you are keeping three to four OB/GYNS and each of them costs close to $500,000,” he said. “You have to keep two or three anesthesiologists, and around-the-clock pediatrician and nursing care. The regulations require us to keep the staff there even if there are no patients, and it’s just not feasible.”

Holyoke City Councilor at Large Rebecca Lisi said it is difficult to explain to constituents that there is no money for the Birthing Center while the hospital continues to construct new buildings and expand services, including a weight loss center and a family medical practice in Westfield. It’s also planning a 64-bed psychiatric facility.

“It makes me question, has the hospital been receiving grants because of Holyoke’s demographics, and if so how have those grants been applied?” Lisi said, referring to Holyoke’s Latino population, which is 52%, according to the U.S. Census Bureau.

In 2019, about 56% of patients who delivered babies at the Birthing Center identified as Latina, according to Department of Public Health records.

“You are getting rid of this essential service, but you are still going forward with all of these expansion projects, so what’s the long-term plan for the hospital and how does it fit with this community’s needs?” Lisi said. “I don’t think that has been made clear.”

Last week members of the Coalition for Birthing Care Access, in partnership with the Massachusetts Nurses Association and Jobs with Justice, held a protest to advocate for access to services at the medical center and better communication with residents. Some of the major concerns cited by the coalition are lack of bilingual services at other hospitals, difficulty with transportation and lack of access to midwives.

Holyoke Medical Center records show that no birthing patient has asked for transportation services to any other hospital since April 3. That’s when the Birthing Center unofficially closed to make room for patients relocated from the Soldiers’ Home in Holyoke due to a coronavirus outbreak.

The medical center offers a shuttle throughout the city, as well as a door-to-door transportation service. The service is heavily used, with 17,826 rides in 2019. The shuttle will continue, along with all of the prenatal and postpartum family planning services already provided by the hospital.

“The shuttle service was disrupted due to the COVID-19 pandemic, but it is scheduled to resume shortly,” Hatiras said. “In the meantime we have been providing free cab services to anyone who needs an emergency ride. Even if it’s not an emergency, but our patients tell us they have no way to get to Springfield or Northampton, we will provide that service.”

Holyoke Medical Center has an agreement with Mercy Medical Center in Springfield, where some of the center’s obstetrician/gynecologists will be on rotation.

According to Mercy Medical Center spokeswoman Mary K. Orr, the hospital’s Family Life Center for Maternity has provided delivery services for 91 Holyoke Medical Center babies since the April closing — an average of 18 babies per month — as well as providing services to many patients in the obstetric triage area.

“Mercy’s Family Life Center for Maternity provides services that meet the cultural and linguistic needs of our patients,” she said. “We have staff that represent the community we serve that are supported by on-site Spanish interpreter services 7 days a week and remote services 24/7 as needed.”

Women who choose to deliver at Baystate Medical Center in Springfield also have access to bilingual staff and interpreters.

However, some argue that translation services are not the same as having Spanish-speaking doctors and midwives.

Nina Kleinberg, a midwife at the Birthing Center for more than 20 years, said it is imperative for women to feel comfortable speaking about their reproductive health.

Hatiras reiterated that the family planning services will stay in place at Holyoke Medical Center. Women will only be going to another hospital for the birth of their child — a choice many women have been making for decades, he said.

“The truth is 68% of mothers in Holyoke have been delivering elsewhere for decades, meaning that more than two-thirds of births are already going to Baystate or Cooley-Dickinson or Mercy,” he said. “I don’t blame them. A lot of them choose Baystate because it has a NICU (Neonatal Intensive Care Unit). Parents want to be there in case something happens rather than worrying about being transferred.”

Laura Britton, a member of the Coalition for Birthing Care Access and organizer for Massachusetts Jobs with Justice, said the closure is indicative of a larger problem of closing community health centers and services, like the recent loss of inpatient beds at Providence Behavioral Health Hospital in Holyoke. She called the loss of local medical services an issue of regional equity as well as racial, economic, feminist and reproductive justice.

“The pattern is to close off sections of the hospital until the hospital itself is not seen as profitable, or it’s sold to another health corporation or privatized,” she said. “Within the coalition we are looking at ways to combat that and bring awareness so that hopefully, when the Department of Public Health deems these services essential and necessary for the community, it really means something.”

Lebron-Martinez said she has heard from some constituents upset about the closure. But the larger frustration is the feeling of being left out of the conversation, she said.

“I think this is an emotional issue for many of us. Five of my nine grandchildren were born at the Birthing Center. It’s an important service for our community,” she said. “I have spoken to Spiros since all of this and we have talked about making sure there is diversity in the board of directors so that the community can have a voice when decisions like this are made in the future.”