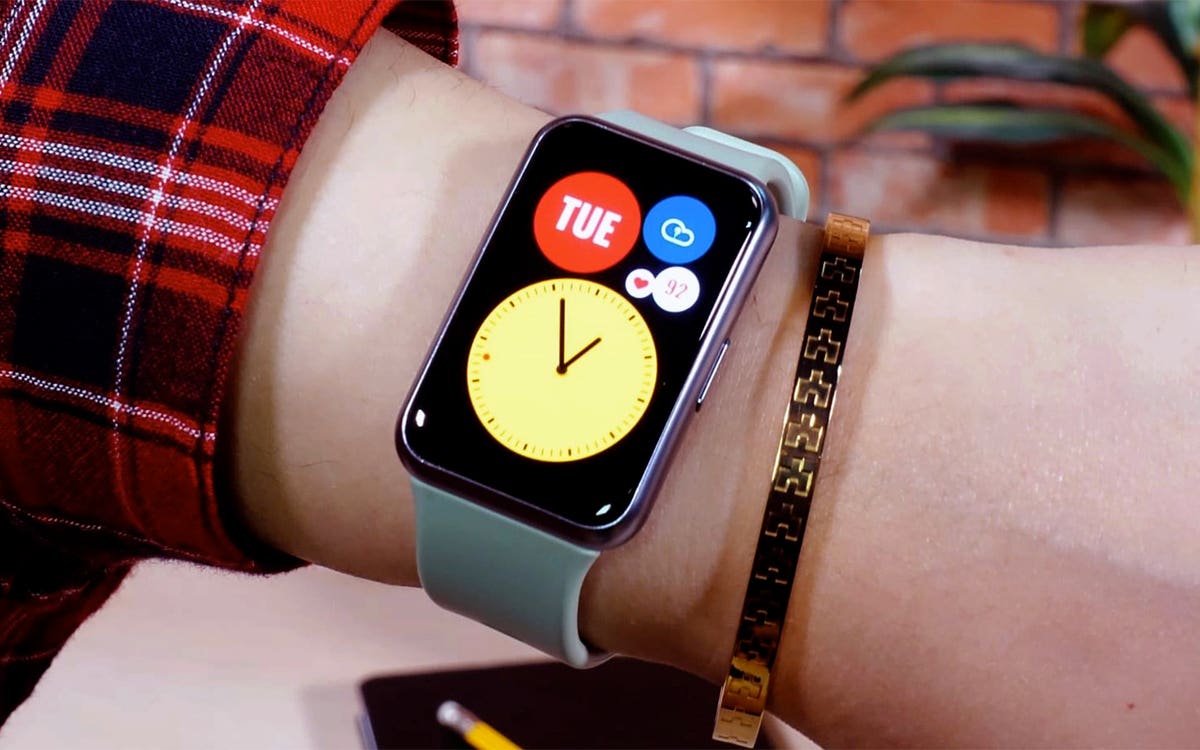 Images of the watch were posted by TechRadar, and show a band with a softer look than those of the Huawei GT series. Its appearance is inspired by smartwatches like the Apple Watch rather than classic analogue watches.

The Watch Fit has a 1.64-inch rectangular OLED screen with a curved Gorilla Glass top later. There’s GPS for mapped run tracking, a PPG optical heart rate sensor and a battery rated for 10 days of use.

It is highly likely the Huawei Watch Fit uses the same base software as the GT series, tweaked to suit the screen shape. This means you won’t be able to install apps — it won’t be a true smartwatch — but plenty of the smartwatch essentials are baked in anyway.

For example, the Huawei Watch Fit has 4GB storage, with space left over for music and podcasts you can stream to Bluetooth headphones. TechRadar writes the watch has 96 workout modes, very similar to the count in the Watch GT2e.

It will receive notifications, set alarms and show you weather reports, just like other tracker bands in its class. The Huawei Watch Fit images also suggest it has a microphone, used to take handsfree calls in other recent Huawei watches.

This part hints at one way Huawei may have saved money in the Watch Fit’s production. The relatively rounded contours of the pinhole mic suggests the silver casing may be plastic rather than metal.

However, this could also be an effect of the process involved in creating the satin-like finish. Either way, the Huawei Watch Fit sounds a good deal at $110.

Huawei is likely to officially announce the watch very soon, if the reported release date of September 3 is correct. It will be available in three colours: Sakura Pink, Mint Green and Graphite Black.