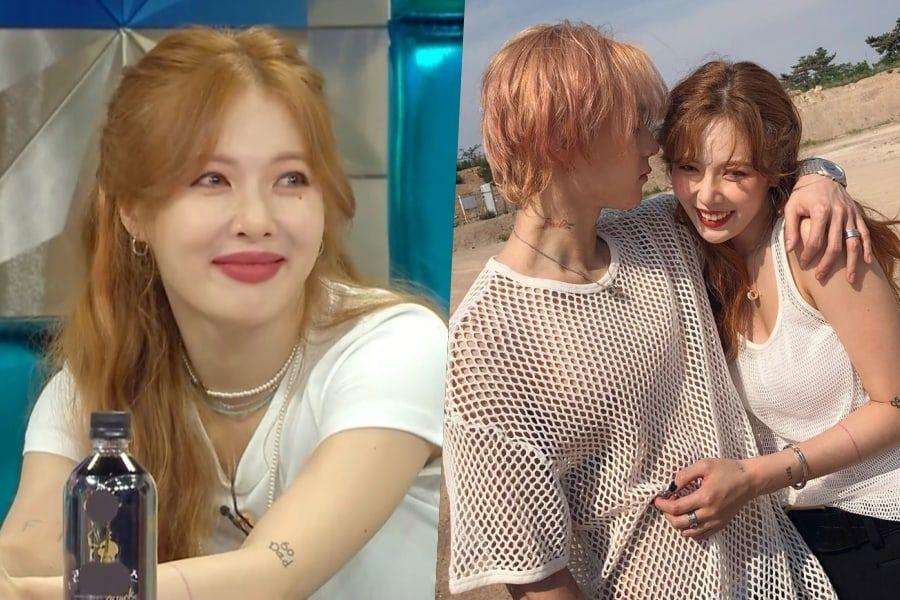 On the August 26 broadcast of MBC’s “Radio Star,” HyunA appeared as a guest and opened up about her relationship with DAWN, how she manages her health, and more.

HyunA first talked about her comeback, which was postponed due to health concerns. “We’ve spent about 100 million won (approximately $84,300) on the music video,” she revealed. “We spend about that much every time. We didn’t reduce the amount just because we had to spend a lot on labor costs.” 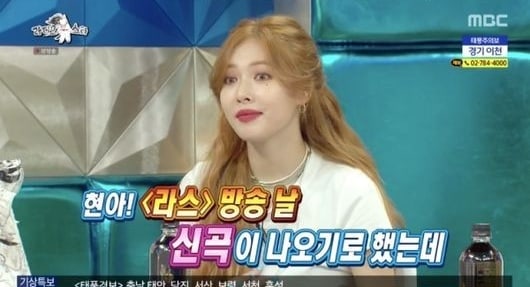 HyunA then shared her thoughts on revealing her health issues on social media. She said, “I’ve taken medication for my panic disorder and depression for over four years. I think I’ve had those disorders for about 10 years. When I hid it, it seemed to stay hidden well. However, I once fainted while I was filming a commercial, and I was diagnosed with vasovagal syncope.”

She continued, “I didn’t feel bad about fainting at that time, but I was more upset that I caused trouble for all the people working there. I thought that I needed to be honest about my diagnoses instead of trying to cover it up in vain.”

HyunA revealed that she’s learned during treatment a way to protect herself. “I usually have a hard time saying no,” she said. “I can’t stop myself from thinking the deeper I get into my thoughts, and I get more anxious the more I think. Whenever I have time these days, I do training with my eyes. I think to myself that I have a pendulum in front of my eyes, and I move them around. If I close my eyes, concentrate the best that I can, and move my eyes from left to right 30 times, interestingly enough, I end up not thinking about anything.”

She added, “When I have a panic attack, even that isn’t easy. It doesn’t seem like much, but I try to keep doing it and get rid of my anxiety.”

HyunA described herself as a perfectionist and shared, “On average, I practice for more than 10 hours a day. I practiced for about 13 hours a day ever since I was younger, so I didn’t know about this, but before my comeback, I bled from both nostrils and realized then how tired I was.”

HyunA also spoke about her relationship with DAWN. “I’ve never gotten tired of our relationship,” she shared. “Not even once. We’ve been dating for five years now, but I’ve liked him for even longer.”

She then said, “I told him that he shouldn’t make me jealous. I also told him that I won’t be cute when I’m jealous. So he never got into a situation like that. Now a lot of people know that we’re dating, but in the past, he used to get contacted by a lot of girls. If that happened now, he’d be in big trouble.”

HyunA made the panel laugh when she added, “I’m secretly happy for him when someone contacts him, but I hope that he takes care of the situation well.”

She mentioned that she lives close to DAWN. HyunA shared, “We got places that are a 3-minute walk apart from one another. Our quality of life improved once we were each guaranteed our own privacy.” She mentioned that she wouldn’t care about what she looked like if DAWN were to suddenly walk into her house since she never wears makeup when they meet up. 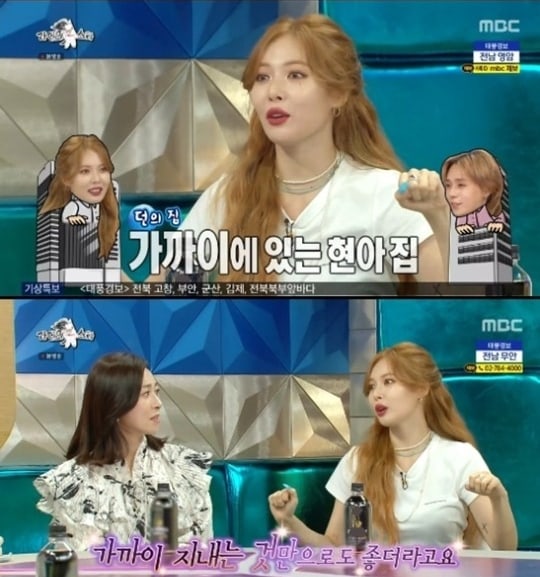 HyunA shared that DAWN suffers from his own health issues as well. “He’s not the very energetic type,” she began. “He also has a hard time keeping his eyes open. I was once talking to him about something serious, but he wasn’t responding. I looked over, and it turns out he was sleeping. When I start asking him something again, he replied with his eyes closed, and I got angry at that moment when he responded to me while falling asleep.”

She continued, “Later on, I felt sorry about it. DAWN didn’t make it obvious to me, but he suffers from narcolepsy.” Narcolepsy is a condition that often results in tiredness and a lack of energy even after a restful sleep. 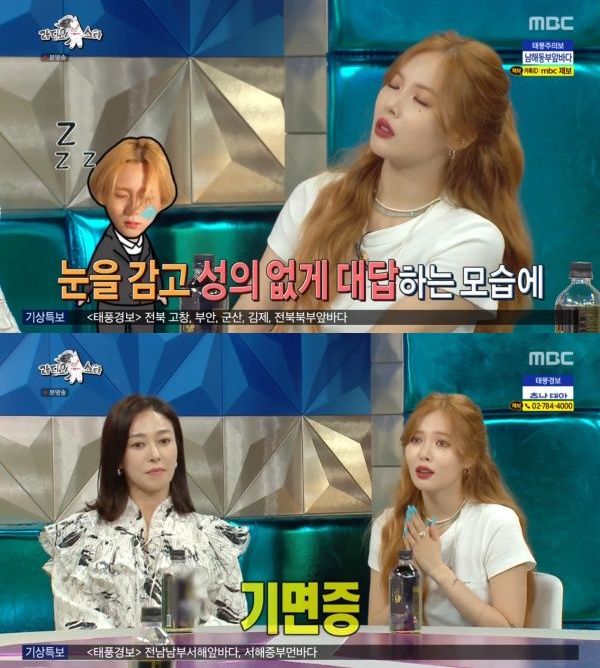 HyunA also shared her thoughts on her stage outfits. “I always try to hide a part of me when I’m wearing my outfits,” she said. “If I’m exposing more on top, I’ll always wear more on the bottom. When I film my music videos, I only have really small stage outfits. Lately, I’ve been wanting to wear more clothes.”

She mentioned that even some of her performances on music shows were not approved. “I once made a music video with close-ups that would be appropriate for broadcasting, but it didn’t get approved because the way I was looking [at the camera] was too provocative.”

On the topic of having joined her new agency founded by PSY, HyunA said, “PSY calls and texts me frequently. I ignored him once, and it was so nice. That’s why I try to avoid him whenever he contacts me.”

She then said, “I really respect him, but I don’t want to perform the way he does. All of PSY’s choreographies are similar in style.”

How does this article make you feel?