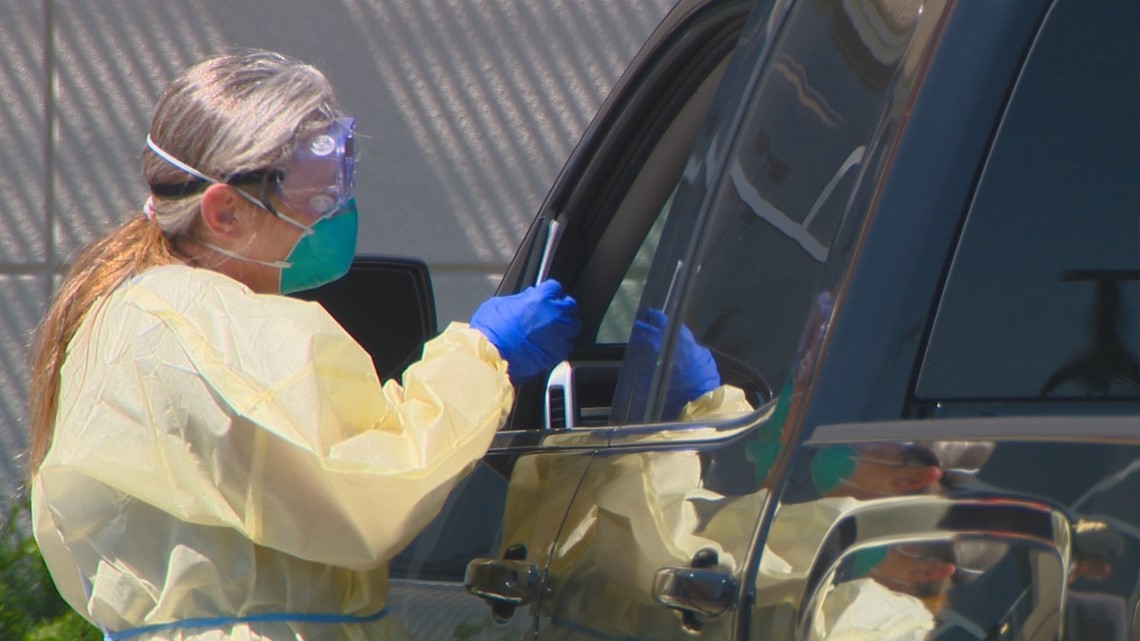 There have been several questions about testing data on the state’s coronavirus website. KTVB reached out to the Idaho Dept. of Health and Welfare for answers.

BOISE, Idaho — COVID-19 testing in Idaho has been dropping.

Since the beginning of July, the number of tests completed each week has dropped by about 8,000 and the positivity rate has been nearly cut in half.

Since June 28, weekly testing numbers statewide have been above 20,000. However, those numbers have been slowly declining over the last four weeks, hitting just above 18,000 for the week of August 16-22.

When testing numbers update each week on the state’s website, sometimes previous weeks’ numbers also change, according to state deputy epidemiologist with the Idaho Department of Health and Welfare, Dr. Kathryn Turner.

“We have been working every day with new laboratories who are doing testing for this virus,” Turner said. “What happens is, a lab will – maybe 3 weeks after they come online – send us a backlog of their negative results. So we’re constantly getting these backlog results.”

In addition to the influx of backlogs, testing labs that have been reporting positive cases on paper will switch to electronic tracking. The switch can cause numbers to fluctuate.

The positivity rate, the percentage at which the virus is present in the community, has also been decreasing in recent weeks.

It went from a 14% positivity rate in mid-July to around 8% last week, which IDHW sees as a good thing.

With the lag in testing data, is that positivity rate accurate? In short, yes.

The lag in testing data and results is a long-standing controversy nationwide.

The test is less invasive and cheaper than PCR, or nose swab tests, costing as little as $10.

The use of those tests has recently been made popular by the NBA, which is using it to test players in the league’s playoff bubble.

This new rapid test could soon find its way to the Gem State.

“It’s getting rolled out and I think there’s a lab that contacted us yesterday that is planning to test those sorts of tests,” Turner said. “So we may be seeing those results from people in Idaho soon enough.”

While saliva tests may be faster, Turner considers them less accurate than PCR tests.

“Positive test results from antigen tests, like the rapid [saliva] tests, are still good,” She said. “But in public health, we really do consider the molecular amplification type tests [nose swabs] the gold standard.”

Turner did not have a timeline for when saliva tests might be available in Idaho.

At KTVB, we’re focusing our news coverage on the facts and not the fear around the virus. To see our full coverage, visit our coronavirus section, here: www.ktvb.com/coronavirus.

Facts not fear: More on coronavirus