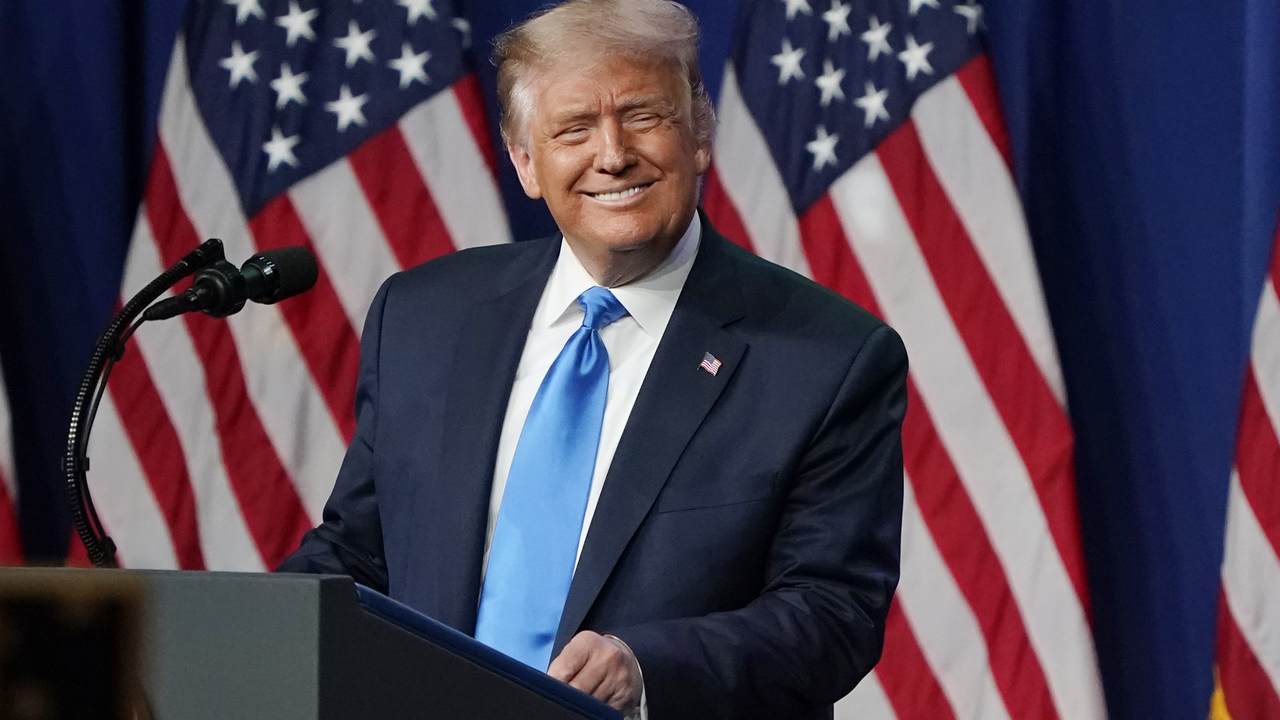 It was both illuminating and inspiring, on the second night of the virtual Republican National Convention, to see Secretary of Homeland Security Chad Wolf swear in five new American citizens, and then have each of them be recognized by President Donald Trump.

For those not familiar with the process of obtaining American citizenship, the event was also educational. One political party, however, will have none of that. Democrats seek to enable anybody and everybody who crosses our borders to do so easily, without penalty, and to quickly be given an array of benefits.

It’s admirable when legal immigrants from other cultures influence the existing U.S. citizenry in positive ways. Concurrently, the “nation of immigrants” or “xenophobia” arguments used by some to justify the staggering toll of fence jumpers and anchor babies, born in the U.S., is disingenuous and widely misses the mark. Likewise is attempting to enforce PC language, as in shunning terms such as “anchor babies,” while ignoring reality: A nation that does not serve its own citizens is not a nation.

In April 2015, testimony before the Subcommittee on Immigration and Border Security, of the U.S. House Judiciary Committees, revealed that hundreds of thousands of children are born annually to an illegal-alien mother, residing in the United States. Nationwide, in some years, as many as one in ten births are anchor babies.

In the aggregate, nearly 5 million children born in the U.S. and younger than 18 are living with at least one unauthorized immigrant parent. Said another way, 5,000,000 anchor babies in the U.S., in a family of only four, means that perhaps as many as 16,000,000 people benefit from deportation immunity. Did you get to vote on this irrevocable transformation of American society? Is this what the 14th Amendment was design for? How about the many millions of more illegals, as well, having babies here?

What is a Nation?

According to the Center for Immigration Studies, “An estimated 49 percent of households headed by legal immigrants used one or more welfare programs in 2012, compared to 30 percent of households headed by natives.” Illegal immigrants typically (https://cis.org/Report/Welfare-Use-Legal-and-Illegal-Immigrant-Households) access welfare programs via their U.S. born children, to whom federal government programs and assistance are guaranteed.

American-born children of illegal aliens have been entitled to American health care, public schools, and other amenities, while some of these same illegal-alien households don’t pay taxes. The nonpartisan Congressional Budget Office found that between 50% and 75% of illegal immigrants pay federal, state, and local taxes. Said another way, between 25% and 50% of illegal immigrants do not pay taxes.

President Trump has advocated for sensible immigration policies, while observing that:

* Any immigration plan must improve jobs, wages, and security for all Americans.

* A nation without borders is not a nation.

* A nation without laws is not a nation. Laws passed in accordance with our Constitutional system of government must be enforced.

We are a nation with $154 trillion in debt, considering all unfunded liabilities. Pandemic or not, we need an immigration moratorium or, at least, a reduction in immigration for a while, and not to have the floodgates be open. www.usdebtclock.org

It is amazing that 14 years ago, every prominent politician on the left, from Chuck Schumer, to Hillary Clinton, to Barack Obama, to Harry Reid in the Senate, and to Nancy Pelosi, and numerous others in the House, was a staunch advocate for limited   and tightly controlled immigration. Each of them made statements, each of them wrote on the topic, and each of them informed their constituents of their viewpoint.

Time passed, and what happened? Democrats began to fear an erosion of their base. Unless they started recruiting immigrants en masse, they might not win another major election. So, in the intervening years, they became pro-open borders advocates. They did this knowing that flooding the U.S. with immigrants would work in their favor.

Above 80% of immigrants who become citizens vote Democrat in their early years of citizenship. When you know that most of the invading masses will punch a ticket for your side, why wouldn’t you want to invite even more?

By 2016, Democrats claimed that open borders and waves of immigrants was part of, “who we are.” Nancy Pelosi, in her most pseudo-earnest terms, would step behind the lectern and speak to the cameras convincingly. In 2019 and 2020, every presidential candidate among Democrats announced during the debates, recorded forevermore, that they were in favor of giving illegal immigrants full health benefits.

Bingo! All you have to do is cross the border and, as an illegal immigrant making your way into the country, you hit the health benefits jackpot. Nevermind what tens of millions of Americans have already paid in for years. Nevermind that millions who want to become legal citizens have been patiently waiting in line.