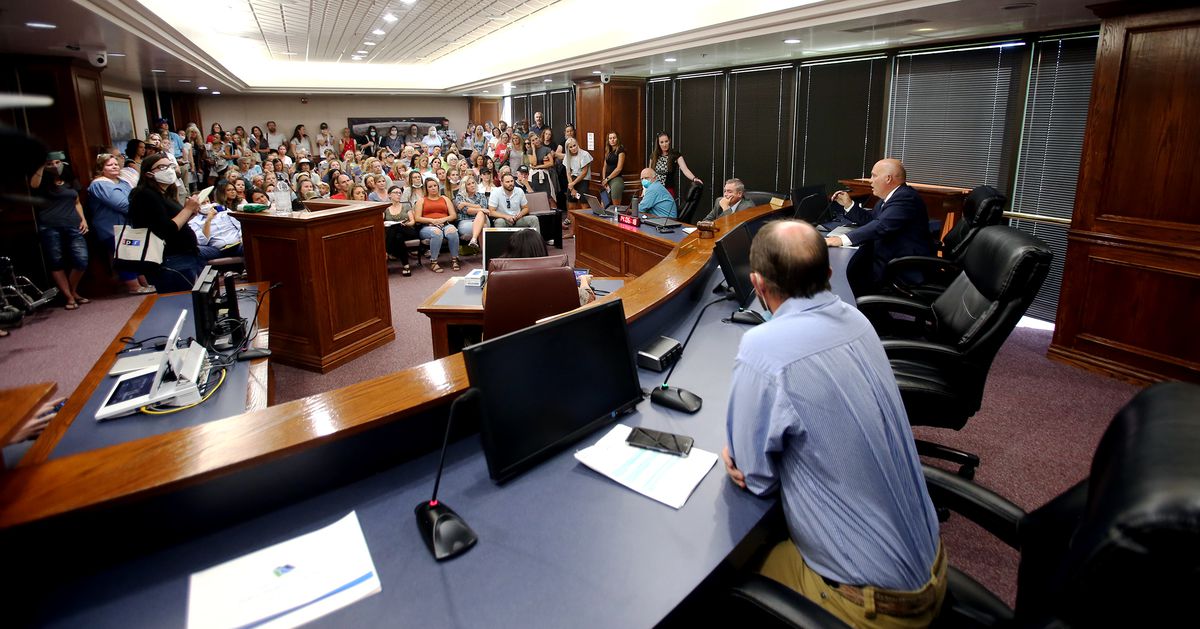 Provo’s City Council should be commended for unanimously passing an ordinance mandating the wearing of masks in public places. While the measure required a compromise that leaves some of its exceptions up to interpretation, the overall idea — making masks an expected adornment within city limits — is good and necessary.

We hope the unanimity of Tuesday’s vote will hold in order to override a threatened veto from Mayor Michelle Kaufusi.

Anti-mask sentiment has at times been loud and intimidating, especially, it seems, in Utah County. But that should not overshadow the indisputable fact that masks work in stemming the spread of COVID-19. Temporary mask mandates are not illegal or unconstitutional, as some claim. They are appropriate temporary measures that fulfill elected officials’ duty to protect public health in a pandemic.

Ironically, Tuesday’s Provo City Council meeting took place just after Salt Lake County leaders unveiled a report showing the dramatic impacts of their own mask mandate, which took effect June 27 and will continue at least until the end of the year. Two weeks after the mandate started, the county reached a high of 305.3 cases per day on a seven-day average. As of Tuesday, that figure now is 154.9, a reduction by nearly half.

The Salt Lake County report provided a raw count of people observed at businesses and other locations that were without signage urging masks. It found 88.6% of people in the county wearing masks effectively, with another 10% wearing them in some inappropriate way, such as below the nose or mouth. This is strong evidence that mask mandates work, adding further reasons to praise the Provo City Council’s hard work.

A group of student-athletes in Washington County understands the value of mask-wearing. When they recently got word that some parents were planning a protest against Gov. Gary Herbert’s mask mandate for schools, they took action.

They spoke out before the start of a high school football game, urging the crowd to wear masks. The students are worried that their seasons may be canceled if the virus surges. “We ask that you put your mask on so we can get our game on,” Dallee Cobb told the crowd.

She has good reason to fear. Last spring, her track season came to an abrupt halt because of the virus. Unfortunately, many people listening to her at the football game were not wearing masks.

The very existence of COVID-19 is an inconvenient fact. Many people do not like wearing masks any more than they like the economic slowdown the virus has caused. That’s understandable. But until a vaccine is widely available, the virus remains a danger that must be controlled. Too many survivors can attest to the suffering and the lingering side effects it causes. Too many loved ones are mourning those who have died.

If the Provo City Council’s unanimity holds, the city will be better off for it, just as Salt Lake County has been.