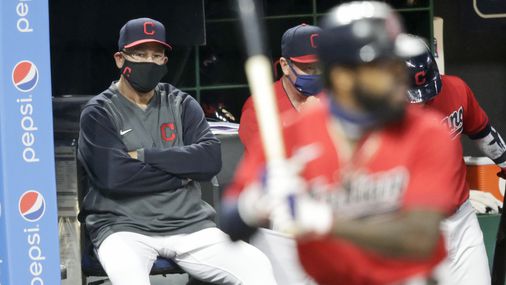 Cleveland Indians manager Terry Francona will miss the club’s three-game series against Minnesota this week while he continues to deal with health issues.

Francona underwent another procedure Friday at the Cleveland Clinic to address a gastrointestinal condition that has bothered him for nearly a year.

The 61-year-old Francona already has missed 17 games and the club will be without him as they take on the AL Central-leading Twins, who led the Indians by 1½ games going into Monday’s series opener.

Interim manager Sandy Alomar Jr., the team’s first base coach, will continue to fill in for Francona.

Francona recently said he’ll try to manage games whenever he can, but last week president of baseball operations Chris Antonetti said the team has been encouraging him to take as long as needed before coming back.

The Indians had hoped Francona would return to the dugout at the start of this six-game homestand, but he missed the weekend series against Detroit.

Francona has been with the Indians for eight seasons. The two-time World Series winner with the Red Sox is signed through the 2022 season.

Mets get clean bill of health

The New York Mets have come up clean since two positive COVID-19 cases in the organization last week, clearing the way for the team to continue its season.

The Mets worked out at Citi Field on Monday and will return to action Tuesday with a doubleheader against the Miami Marlins in New York, according to a statement from Major League Baseball.

Tuesday’s doubleheader will make up for last Thursday’s postponed game in Miami — the Marlins will serve as the home team in the second game despite playing in New York. Doubleheaders during the 2020 season have been condensed to seven-inning games in the interest of player health and safety.

The Mets will start to make up part of the three-game series missed against the Yankees over the weekend with doubleheaders scheduled for Friday and Sunday, with a game in between on Saturday, all of which will be at Yankee Stadium.

As it stands now, the Mets are scheduled to play nine games over the next six days.

The final regular season game against the two New York rivals will be made up at Citi Field on Sept. 3.

The Blue Jays acquired struggling slugger Daniel Vogelbach from the Mariners for $100,000 on Sunday night. The 27-year-old Vogelbach was a first time All-Star last season but was designated for assignment by the Mariners Aug. 19 after hitting .094 with two home runs and four RBIs in 18 games this season. He had yet to play a game in the field this season at first base and was reduced to being a designated hitter.

A year ago, Vogelbach had a strong first half to the season, hitting 21 home runs and driving in 51 runs before the All-Star break. But the league adjusted after his All-Star Game appearance and Vogelbach hit just .162 with nine home runs over the final 2½ months of the season.