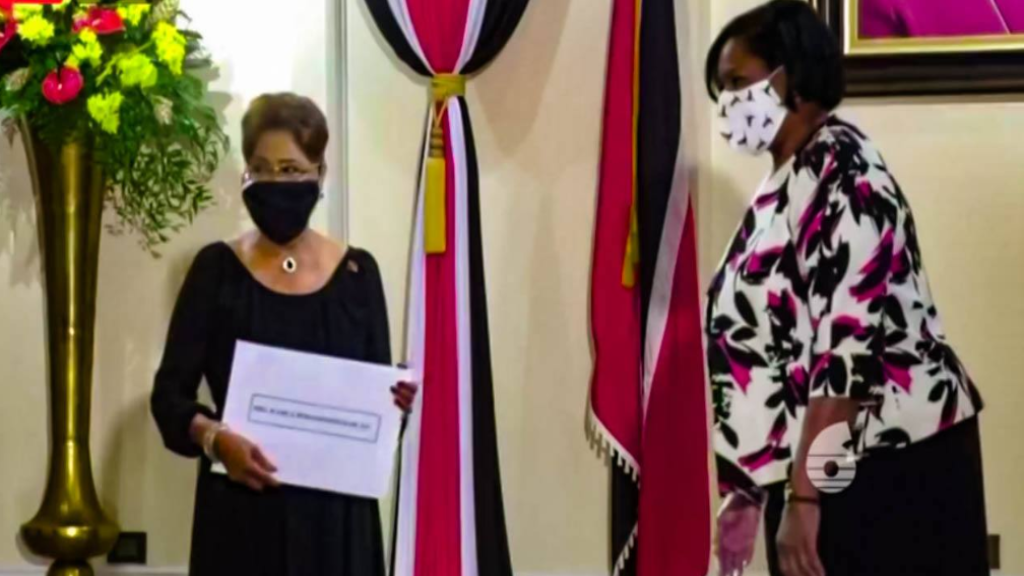 While she has not made any public appearance since August 10, Opposition Leader Kamla Persad-Bissessar said there is no cause for worry where COVID-19 is concerned.

Speaking with reporters following a ceremony at President’s House, St Ann’s where she was reappointed Opposition Leader, Persad-Bissessar again responded to queries concerning her health following speculation she contracted the virus.

Of her absence from the public eye, she said she was advised by health authorities to “stay put”, advice she said she followed.

She didn’t confirm if she had been tested for the virus but said she is in “good health”.

“I’ve been basically at home given the scare with the COVID. I thank God that I am in good health. I have shown no signs whatsoever.”

Persad-Bissessar also addressed a photo in which she was seen interacting with Dr Tim Gopeesingh during an election campaign. Neither one of them was wearing a mask, but Gopeesingh has since tested positive for the virus.

The Opposition leader said the photo in question was taken more than a month ago and suggested there was no risk posed.

Persad-Bissessar said she spoke with Gopeesingh on more than one occasion and he’s doing well.

“He’s in fine spirits, his voice is booming as ever and he tells me he may be moved to a step down facility shortly. That is good news because it means he is on the mend,” she said.