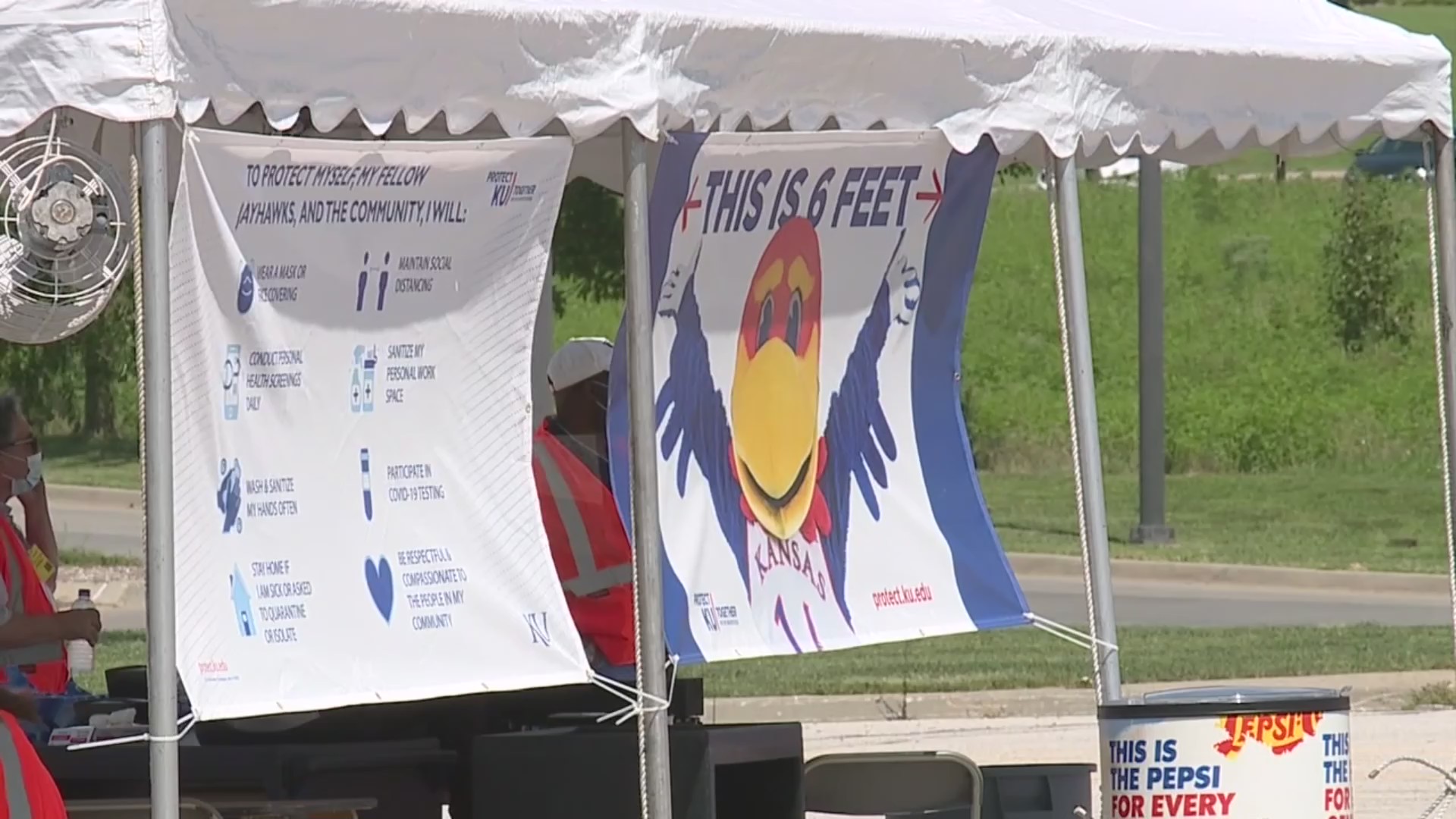 LAWRENCE, Kan. — For students in Greek Life at the University of Kansas, it’s been a confusing start to the school year. The Douglas County Health Department has put nine Greek houses under quarantine.

Some students on campus said they’re glad to see their school taking it seriously.

“I’m glad they’re under lockdown, but I’m still concerned that they were out before the lockdown so they are spreading it to more people than they were aware of,” graduate student Keith Knorr said.

Phi Kappa Psi and Kappa Alpha Theta were removed from the list Thursday.

“I do think it should kind of be necessary because they do have such a comparatively high positivity rate, and they’re all living in the same house and they’ve already made news about their sort of thing. So I think it’s a good idea,” freshman Avery Mohn said.

The Greek houses on the list will need to quarantine for the next 14 days.

The Douglas County Health Department said 19,000 KU students were tested for COVID-19 before the start of school. Around 200 of those tests came back positive, and around 5% of them stemmed from Greek Life.

“I don’t know what else they could do. I guess they could make the students go back somewhere but that would make them carry it with them somewhere else. Keeping them quarantined is probably the safest thing they can do,” Knorr said.

FOX4 reached out the University of Kansas and the Interfraternity Council for their response, but did not hear back at the time of this article.