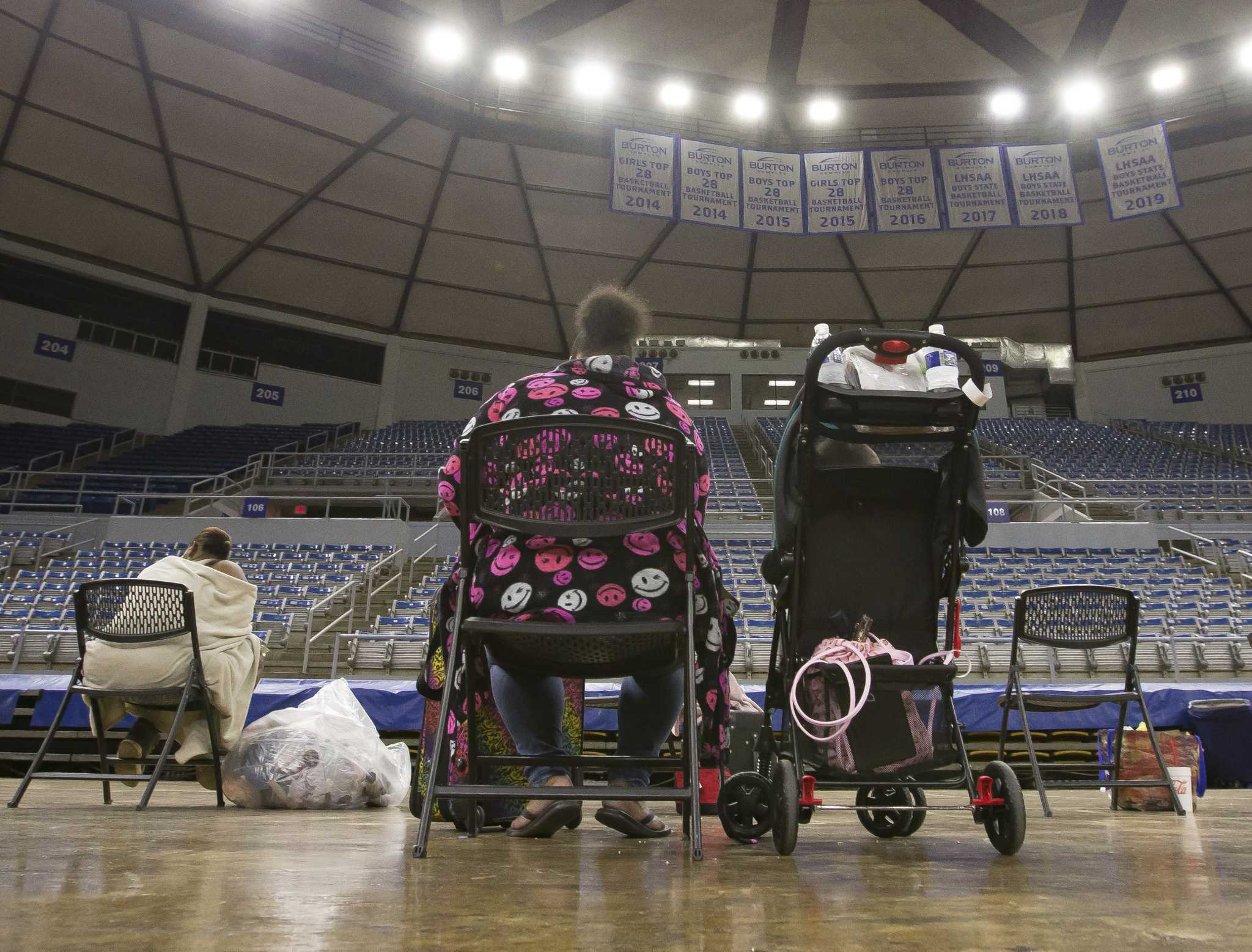 Southwest Louisiana residents wait for buses at Burton Coliseum in Lake Charles, La. to be evacuated to a shelter in Alexandria, La., Tuesday, Aug. 25, 2020. (Rick Hickman/American Press via AP)

Southwest Louisiana residents wait for buses at Burton Coliseum in Lake Charles, La. to be evacuated to a shelter in Alexandria, La., Tuesday, Aug. 25, 2020. (Rick Hickman/American Press via AP)

Laura now forecast to be a catastrophic Category 4 hurricane

GALVESTON, Texas (AP) — Hurricane Laura is forecast to rapidly power up into a “catastrophic” Category 4 hurricane, even stronger than previously expected, as it churns toward Texas and Louisiana, swirling wind and water over much of the Gulf of Mexico.

Satellite images show Laura has become “a formidable hurricane” in recent hours, threatening to smash homes and sink entire communities. It has undergone a remarkable intensification, “and there are no signs it will stop soon,” the National Hurricane Center said early Wednesday.

“Some areas, when they wake up Thursday morning, they’re not going to believe what happened,” said Stacy Stewart, a senior hurricane specialist.

“We could see storm surge heights more than 15 feet in some areas,” Stewart said. “What doesn’t get blown down by the wind could easily get knocked down by the rising ocean waters pushing well inland.”

Laura grew nearly 70% in power in just 24 hours to reach Category 3 status, with maximum sustained winds around 115 mph (185 kph) on Wednesday morning. It was about 280 miles (450 kilometers) out from Lake Charles, Louisiana, moving northwest at 15 mph (24 kph).

Top winds of 130 mph (209 kmh) are now predicted before landfall, pushing water onto more than 450 miles (724 kilometers) of coast from Texas to Mississippi. Hurricane warnings were issued from San Luis Pass, Texas, to Intracoastal City, Louisiana, and storm surge warnings from the Port Arthur, Texas, flood protection system to the mouth of the Mississippi River.

On HoustonChronicle.com: Vulnerable coastal Texas residents prepare for the worst

A Category 4 hurricane will do catastrophic damage: “Power outages will last weeks to possibly months. Most of the area will be uninhabitable for weeks or months,” the weather service says.

“We need to be concerned about the federal capacity to respond to a major hurricane disaster, particularly in light of failings that are all too obvious in the public health area,” said Kathleen Tierney, former director of the Natural Hazards Center at the University of Colorado. “I really worry: Who’s minding the store?”

In the largest U.S. evacuation of the pandemic, more than half a million people were ordered Tuesday to flee from an area of the Gulf Coast along the Texas-Louisiana state line.

More than 385,000 residents were told to evacuate the Texas cities of Beaumont, Galveston and Port Arthur. Another 200,000 were ordered to leave the low-lying Calcasieu and Cameron parishes in southwestern Louisiana, where forecasters said as much as 13 feet (4 meters) of storm surge topped by waves could submerge whole communities.

“Cameron Parish is going to be part of the Gulf of Mexico for a couple of days, based on this forecast track,” said Donald Jones, a National Weather Service meteorologist in Lake Charles, Louisiana, which is near the bullseye.

In Galveston and Port Arthur, Texas, many people boarded buses to Austin and other inland cities. “If you decide to stay, you’re staying on your own,” Port Arthur Mayor Thurman Bartie said.

Laura also is expected to dump massive rainfall over a short period of time as it moves inland, causing widespread flash flooding in states far from the coast. Flash flood watches were issued for much of Arkansas, and forecasters said heavy rainfall could move to parts of Missouri, Tennessee and Kentucky late Friday and Saturday.

Urging people in southwest Louisiana to evacuate before it’s too late, Louisiana Gov. John Bel Edwards said they need to reach wherever they intend to ride out the storm by noon Wednesday, when the state will start feeling the storm’s effects.

Officials urged people to stay with relatives or in hotel rooms to avoid spreading the virus that causes COVID-19. Buses were stocked with protective equipment and disinfectant, and they would carry fewer passengers to keep people apart, Texas officials said.

Whitney Frazier, 29, of Beaumont spent Tuesday morning trying to get transportation to a high school where she could board a bus to leave the area.

“Especially with everything with COVID going on already on top of a mandatory evacuation, it’s very stressful,” Frazier said.

Shelters opened with cots set farther apart to curb coronavirus infections. Evacuees were told to bring a mask and just one bag of personal belongings each.

“Hopefully it’s not that threatening to people, to lives, because people are hesitant to go anywhere due to COVID,” Robert Duffy said as he placed sandbags around his home in Morgan City, Louisiana. “Nobody wants to sleep on a gym floor with 200 other people. It’s kind of hard to do social distancing.”

The hurricane is threatening a center of the U.S. energy industry. The government said 84% of Gulf oil production and an estimated 61% of natural gas production were shut down. Nearly 300 platforms have been evacuated.

While oil prices often spike before a major storm as production slows, consumers are unlikely to see big price changes because the pandemic decimated demand for fuel.

Laura killed nearly two dozen people on the island of Hispaniola, including 20 in Haiti and three in the Dominican Republic, where it knocked out power and caused intense flooding.

It’s taking aim at the U.S. coast just days before the Aug. 29 anniversary of Hurricane Katrina, which breached the levees in New Orleans, flattened much of the Mississippi coast and killed as many as 1,800 people in 2005. Hurricane Rita struck southwest Louisiana weeks later as a Category 3 storm.