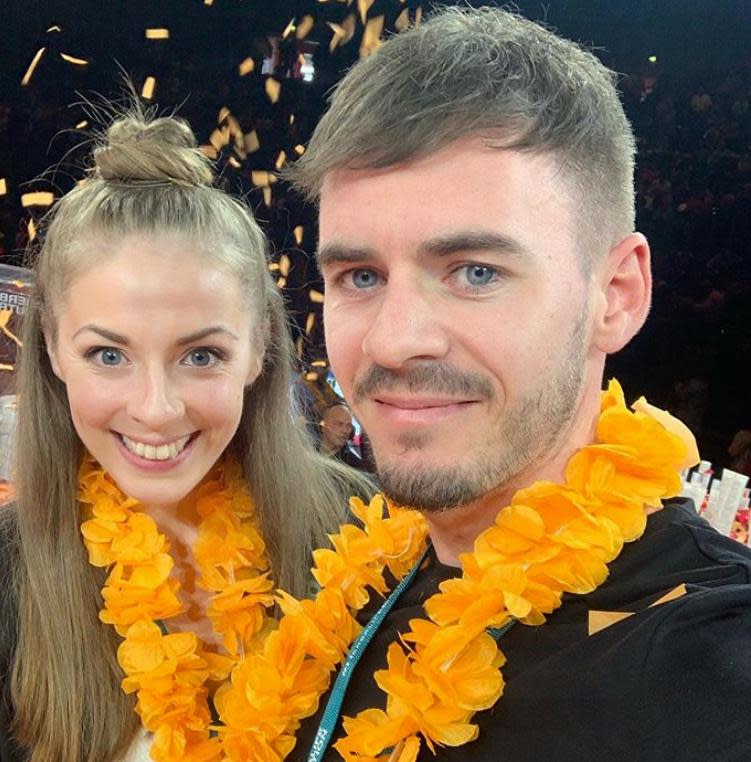 NEW YORK, NY / ACCESSWIRE / August 25, 2020 / Matthew and Kate Court are two entrepreneurs that were seeking a life above a 9-5 career path, where Matthew gathered the resources to begin his venture in business. In 2012, Matthew decided to go against the odds and create a business where Kate joined him in the year of 2014. Between the Courts, health is one of their passions among other things. The ability to help others drove the Courts to pursue a business of their own, within a health & wellness network marketing company in search of generating a higher income.

The feeling of unfulfillment flooded the Courts’ daily lives as they worked jobs that would not work to their life goals. The two both knew they were meant for a path with a larger meaning. Possessing a confidence in their worth, the Courts were determined to never settle for less than they deserve. Matthew initially longed for a side hustle that would generate extra income alongside his position as a personal trainer to pay the gym rental. The ability to grow an online following to create a business grew in attraction as years went along as he wanted to travel more and start a family. Meeting Kate in 2014, she possessed the same passion for fitness and health as Matthew did. Kate worked for a degree in strength and conditioning, which left her at a dead end without careers in her desired field. Being stuck in a call center, the two joined forces within the business world and started their health & wellness network marketing business.

When entrepreneurs first set out in their business venture, they are faced with negativity and doubt amongst themselves and the people around them. Dealing with the discouragement shown from friends, colleagues, and family was one of the hardest challenges the Courts encountered in growing their brand. Although things never go as one can plan, they remained dedicated to their dreams. The two recognized it is difficult to keep moving forward in times of trial and error, but the gratification of looking back and realizing how worth the journey was contributes to lessons and growth for the future.

Matthew and Kate Court have grown to become persistent in their growth in the social media world, where they have slowly been trying to discover a work and life balance. Working with a spouse while raising a newborn was a struggle to accustom their life to, but they would not have it any different. Though they have not mastered the balance among family and work, they are working at it every single day to accompany their dreams of success. Their main goal is to help others which brings joy and meaning into their lives.

When asked the meaning of success the Courts responded, “Success to us means waking up everyday excited and doing what we love.” By growing their brand, success has overtime unfolded to accomplish the free lifestyle they lacked working a nine to five. The two advise anyone seeking to start their own business to never let anyone get in the way of their vision. One must remain true to their mission and work at perfecting their skillset everyday. The Courts believe in the theory that the people around you are a representation of who you are. The two claim, “You are the average of the five people you spend the most time with, so find those successful people and spend as much time with them as possible.” One must find people that hold the same morals, values, and drive to reach achievements of success. The world tends to gravitate towards negativity, and they believe in preserving a healthy mindset consistently. Developing their mind to focus on building their brand contributed to the success they have reached to this day.