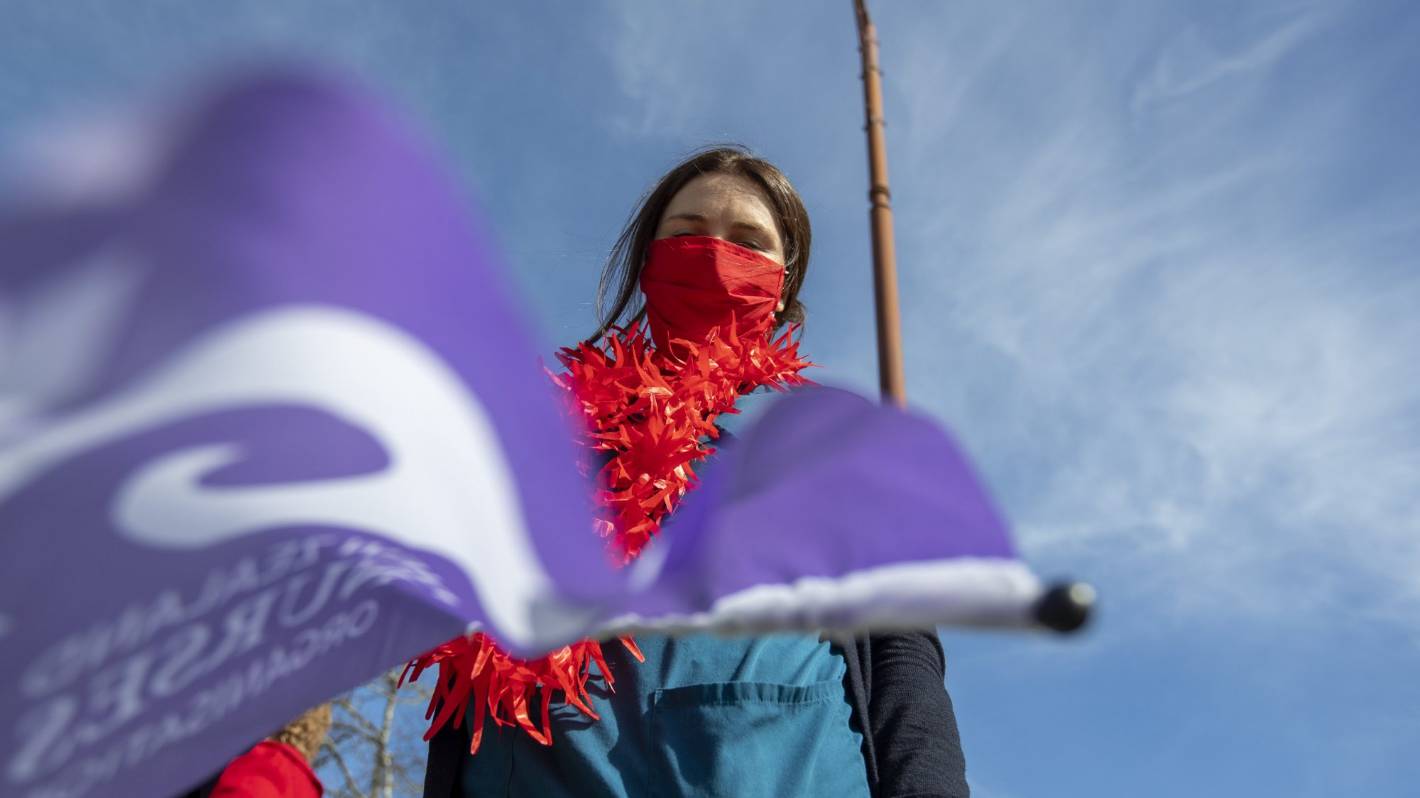 More than 3400 health care workers across the country will stop working for two hours as they fight for better pay conditions.

On Tuesday evening, the New Zealand Nurses Organisation (NZNO) said health care nurses and medical administrators across 500 general practices and medical centres would stop work from 10am to 12pm on September 30.

The health care workers are fighting for pay parity with negotiations set for September 28.

This was the second time members of the organisation had organised to stop work – an earlier round took place on July 23 and nationwide rallies occurred on September 3.

The rallies came after negotiations over a pay claim stalled – after 12 months of negotiations.

Employers are supportive of the claim, but need $15 million of government funding in order to accept it.

Sarah Collier, a rural practice nurse from Taihape, previously told Stuff that she and her colleagues were underappreciated.

“I’ve had the odd person say ‘you just sit around all day waiting to do vaccinations’.”

She said with no hospitals nearby, rural nurses were often the first point of contact for emergency medical events such as crashes.

With a high turnover of GPs in rural areas, nurses often had to run clinics.

More recently, they had also had to run community-based assessment centres for Covid-19 testing.

Alysha Jackson, a practice nurse from Johnsonville, told Stuff earlier in the month that she felt practice nurses were undervalued.

“It does make me question whether I should look at a career change. As much as I love nursing, I still have bills to pay.”

NZNO organiser Chris Wilson told Stuff previously there was no sign the Government would help bridge the $15m funding gap to enable GPs to pay nurses the increased salary at mediation between the parties on Tuesday.

“Our members are so angry and disappointed that they are having to lose pay today to show the seriousness of this issue,” he said of the rallies.

“These nurses are at the coalface of our communities and the Covid pandemic has served to highlight the essential service they provide,” she said.