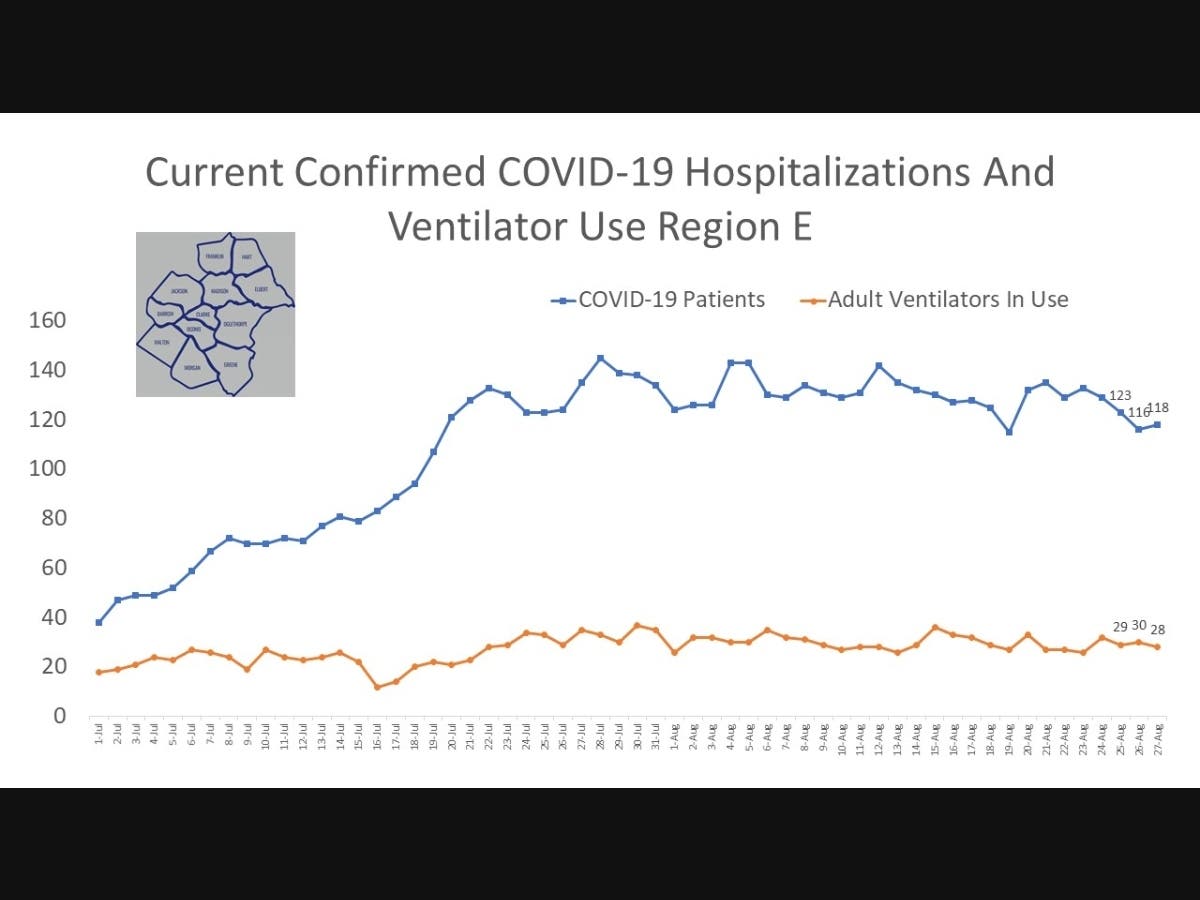 The Northeast Health District added five deaths attributed to COVID-19 with the release of the Department of Public Health’s Daily Status Report on Thursday. It was the 14th consecutive day in which the Daily Status Report listed a death from the disease in the District.

The Department of Public Health also removed the death of a 64-year-old female with a chronic condition from Barrow County listed on Wednesday.

The seven-day rolling average based on the net total of four added deaths was 2.7, the same as on Wednesday.

The Department of Community Health, in its Thursday Long-Term Care Facility Report, listed a COVID-19 death at the University Nursing and Rehabilitation Center in Athens-Clarke County, the sixth death at the nursing home.

Each of the 10 counties in the Northeast Health District added at least one case, with Oconee County adding 11 confirmed cases and Clarke County adding 63.

For additional data for the area and for data for the state as a whole, with charts summarizing those data, please go to Oconee County Observations.

Patch is a space for neighborhood news. Please keep your replies clean, friendly and factual. Read our community guidelines here