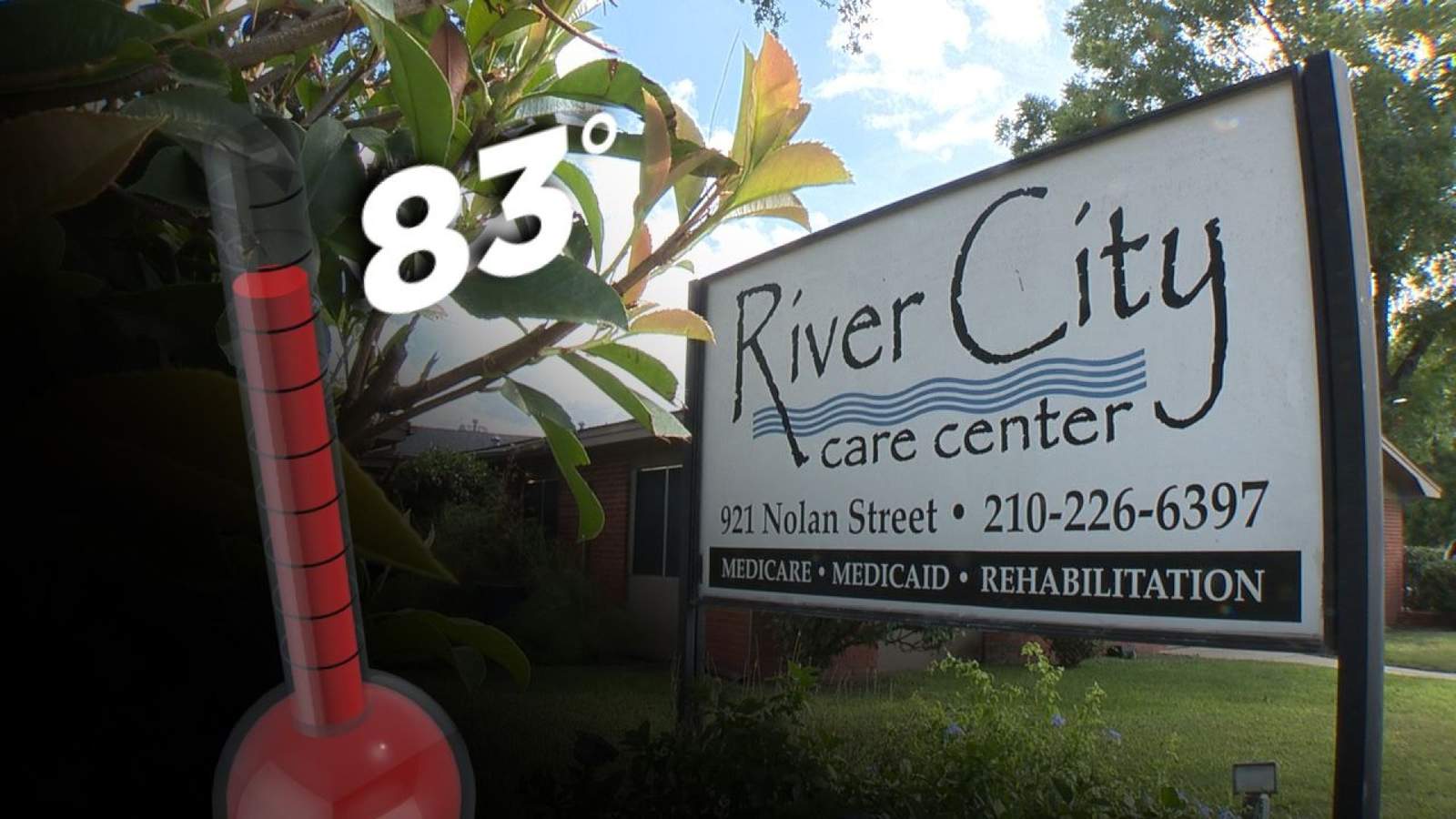 A former nurse at an East Side nursing home chosen to house elderly COVID-19 patients said she was fired after alerting authorities to cooling problems inside the facility, according to a lawsuit filed in Bexar County district court.

The staff member on the Fourth of July weekend told her supervisors and then called 911 and state health officials and stated the lack of a working air conditioner inside the facility, located in the 900 block of Nolan Street, caused residents to become dehydrated and to vomit, according to the suit.

“Many residents were stripped to their underwear and were laying on plastic due to the extreme heat,” the suit claims.

The nurse’s attorney, Andrew Skemp, said there is mounting evidence that residents at River City were not cared for properly.

“We wouldn’t treat a dog the way they were treating these people. If you found out that somebody had a bunch of animals in those kinds of conditions, there would be outrage, and people wouldn’t stand for it,” said Skemp.

A spokesperson for River City’s parent company, Fort Worth-based Creative Solutions in Healthcare, said a majority of the patients have received exceptional care and considerable upgrades have been made to the facility.

Text messages reviewed by the KSAT 12 Defenders show a thermostat inside the care center on July 4 with a temperature of 83 degrees.

Staff at the facility told the Defenders the elevated room temperatures that weekend, when San Antonio’s outdoor temperature reached 100 degrees, caused medical distress for a number of patients, at least two of whom later died.

“The lack of a working air conditioner was a violation of the law and was dangerous and constituted abuse and neglect of the residents at River City Care Center,” the suit states.

The nurse began to cooperate with a Texas Health and Human Services Commission (HHSC) investigator on July 6, according to the suit.

Around July 10, the nurse was contacted by the management of the facility and told she had been terminated.

Two days later, HHSC investigators confirmed to the nurse that temperatures inside the facility had reached an “unacceptable” 84 degrees the weekend in question, the suit claims.

The spokesperson for River City’s parent company declined to provide specific details about the nurse’s dismissal.

“River City Care Center works diligently to provide support for staff during this unprecedented time in every way through additional training, bonus and overtime pay,” the spokesperson wrote. “It is our policy to refrain from commenting on confidential personnel matters and we cannot provide additional information at this time.”

Records obtained by the Defenders show in July 2019, an inspector found temperatures inside the facility as high as 82.9 degrees.

The inspector described the air temperature in one room as “hot” and noted that a resident was seen on a bed wearing only shorts with a fan blowing directly on his face.2

River City was one of two San Antonio nursing homes chosen in April to house COVID-19 positive patients from other area facilities who did not require hospital care.

The other facility, Westover Hills Rehabilitation and Healthcare, backed out of the plan days later after facing intense scrutiny.

A second former employee of River City, who asked that we conceal their identity and name for fear of being targeted by future employers, said they resigned earlier this summer after raising similar concerns about inadequate cooling at the facility in late May.

“Half the hallway was not working, as far as the A/C unit,” said the former employee, who asked that they be called “Ira.”

Ira said the charge nurse and facility administrator were both made aware of cooling issues at the time and that their only response to employees was that “they were working on it.”

Health and Human Services records show its intake line received a complaint about River City on May 29, alleging four violations, including its physical environment.

Those same records show the complaints were later found to be unsubstantiated.

Ira said they resigned from River City after becoming exasperated by how it was being run once it was turned into a COVID-positive facility.

“We did not have the staff for it, and then the patients are the ones that suffered,” said Ira.

Late last month, city officials confirmed River City had reduced the number of residents it was caring for in an effort to improve care.

“We understand that HHSC (Health and Human Services Commission) remains on-site doing intensive work with River City. The facility has intentionally reduced the number of residents it is serving so they can provide attentive care to a smaller number of patients. I am confident that when HHSC closes their investigation, River City Care Center will be significantly improved,” said Metro Health Medical Director Dr. Junda Woo in a written statement released July 23.

A press officer for HHSC said via email that a completed final report of its most recent investigation is still not available for public release.

“River City Care Center (RCCC) was converted to an all COVID-positive facility in April at the request of local health authorities, with the intention of providing a much needed service to the greater San Antonio community. The goal has been to provide an option for patients who do not meet a threshold for hospital care, but would benefit from highly skilled nursing. This includes patients with underlying conditions and those already in hospice care. Overwhelmingly, these COVID-positive patients have received exceptional care and have recovered. When Creative Solutions in Healthcare took over operation of RCCC last year, the facility was in need of renovation and repair. To date, we have made a substantial investment in upgrades to the facility and its infrastructure, which includes a much improved HVAC and continue to train and educate staff to ensure they are equipped to face the ongoing challenges presented by the coronavirus pandemic.”

Of the 173 residents at River City, all of whom are COVID positive, more than 50 have already recovered from the virus, state records show.

Local officials, who have defended the creation of an isolation facility for COVID positive nursing home patients early in the pandemic, point to a drop in the percentage of congregate setting deaths in Bexar County as proof that it was the right call.

As of mid-August, the percentage of COVID deaths in congregate settings in Bexar County had dropped to 13% of all people who had passed away from the virus. That is about one-third the national average and down from 20% in Bexar County as recently as July 23.

The attorney, Skemp, however, offered this retort.

“With River City specifically, it’s not so much that there was an outbreak of coronavirus. It was that they were not taking care of these people who were there.”

Copyright 2020 by KSAT – All rights reserved.