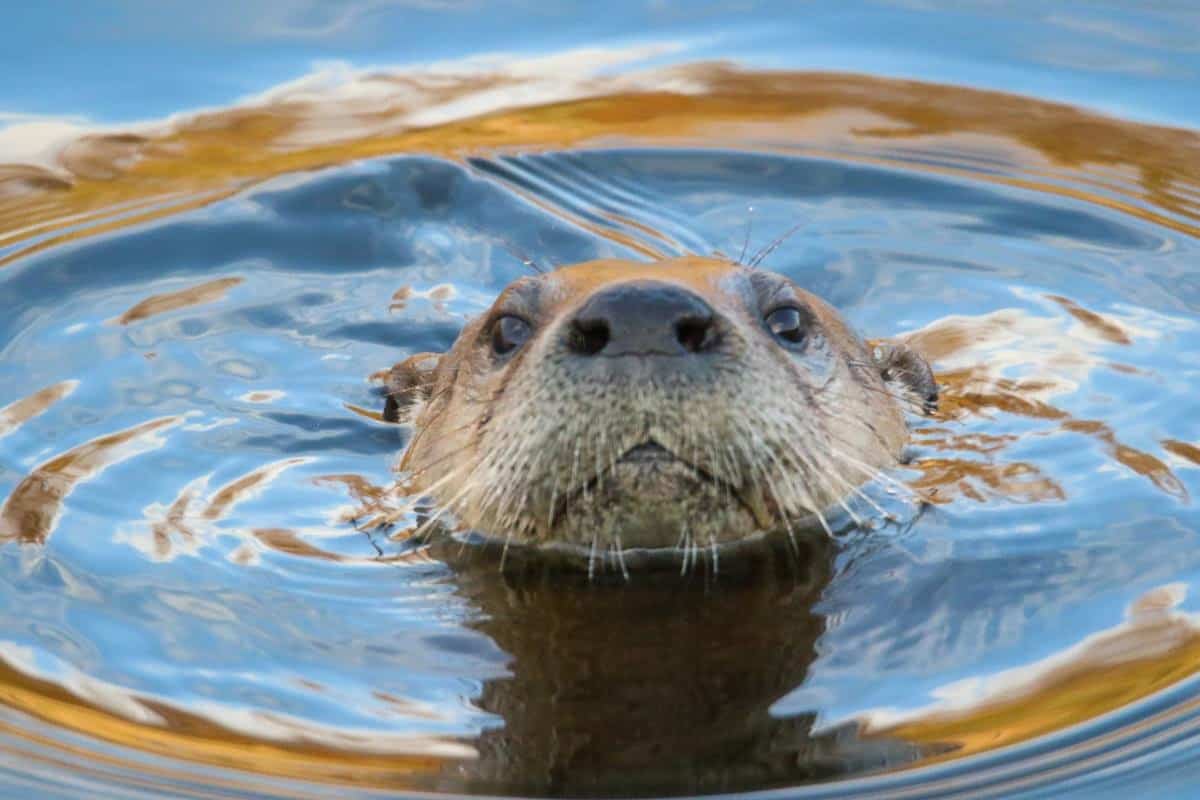 The otters play a seminal role in determining the health of a river system. N.C. State University researchers tested hundreds of river otters throughout the state for diseases and metal accumulation. What they found could be good news for humans.

Most people would agree, river otters are adorable. But beyond their playfulness, the otters have an important role in determining the health of a river system.

At N.C. State University, scientists this year released two studies on river otters that they plan to use as baselines for future research.

The first study, released in January, examined the toxicological effects that metals, such as mercury, cadmium, arsenic and lead, are having on the otters.

The second study, published just this month in the Journal of Wildlife Diseases, examined diseases the otters are carrying.

While the studies unveiled some concerning information, North Carolina’s river otter populations are relatively healthy compared with populations in other areas of the United States and Canada, said Chris DePerno, a professor in N.C. State’s Fisheries, Wildlife and Conservation Biology program.

DePerno cautioned that there could be reasons for the concern. A study on heavy metals in Virginia otters, for example, was done in the 1980s, before many environmental regulations took effect. Other studies, he said, focused research on hotspots, such as near a power plant.

But the findings in otters don’t mean the state’s lakes, rivers and streams are pristine. North Carolina has a statewide advisory warning for consuming fish that contain mercury, as well as warnings for many water bodies with fish containing high levels of mercury, polychlorinated biphenyls (PCBs), hexavalent chromium, dioxins and arsenic. All of those substances can cause diseases, including cancer, either in humans or laboratory animals.

DePerno noted that river otters are fierce predators that eat many creatures further down the food chain. That means heavy metals bioaccumulate and biomagnify in them. In other words, the more fish the otters eat, the more heavy metals build up in their systems.

“So the fact that we didn’t see a whole lot of this stuff and levels were at normal levels or below — or really low prevalence — indicates that it’s really a healthy system,” he said.

For the metals study, DePerno and his group of researchers examined 14 North Carolina river basins throughout the state. They studied 317 otters harvested by trappers to determine the concentrations of arsenic, cadmium, calcium, cobalt, copper, iron, lead, magnesium, manganese, mercury, molybdenum, selenium, thallium and zinc in liver and kidney samples. The otters were harvested from 2009 to 2016.

Metals and metalloids occur naturally. Many, including calcium, cobalt, copper, iron, manganese selenium and zinc, are considered essential for cellular function. But nonessential metals, such as cadmium and lead, can cause a myriad of problems including cancer. Data is limited on whether mercury causes cancer, but it has strong associations with harming the heart, neurological system, kidneys, lungs and immune system. At high enough levels, it causes severe birth defects.

The researchers found that most element concentrations in North Carolina river otters remained stable or increased with otter age. They detected higher levels of mercury and selenium in the Lower Pee Dee and Cape Fear river basins and higher concentrations of cadmium, copper, iron, lead and zinc in the mountains. River basins in the coastal plain were lower in cobalt and manganese.

“None of the elements occurred at toxic levels,” the researchers found. “Our research establishes baseline concentration levels for North Carolina, which will benefit future monitoring efforts and provide insight into future changes in the otter population.”

The U.S. Environmental Protection Agency has published guidelines on eating fish that may contain mercury. Despite those concerns, the Trump administration earlier this year rolled back regulations on the release of mercury and other toxic metals from power plants that burn coal or oil. Power plants are this country’s largest contributors to mercury pollution, according to Environment America.

The other study by DePerno and his colleagues focused on three diseases carried by river otters — Leptospira, parvovirus and toxoplasma.

The researchers detected parvovirus in 19 percent of the otters. Parvovirus is often found in unvaccinated dogs and other mammals.

The researchers detected the parasite Toxoplasma gondii, which can spread to people and animals, in 24 percent of the otters tested. The parasite can cause a disease called toxoplasmosis. It is common in cats and has been found in feral pigs. Women who contract toxoplasmosis during pregnancy can have children who develop neurological problems later in life.

Leptospira bacteria, which can be found in mammals, reptiles and amphibians, were found in less than 1 percent of the otters. The disease can be transmitted to people and is lethal to otters.

The researchers said the otter population is abundant and self-sustaining, and the prevalence of the diseases did not appear to be affecting their numbers.

Population was once decimated

“These diseases have been in river otters, and they’re not new. They’re not novel diseases,” DePerno said.

The diseases, often spread by domesticated animals, wind up in the rivers partly through stormwater runoff.

“Everything runs to the rivers,” DePerno said in a statement announcing the study’s findings. “Everything on the landscape ends up in the water, and that is where otters live and eat. That is why they are an excellent species to investigate pathogens and diseases.”

River otters were an essential part of the fur-bearing trade and still are, with China and Russia the biggest consumers, DePerno said. But around the turn of the 19th century, overhunting and a lack of wildlife management decimated the river otter population in North Carolina’s mountains and Piedmont.

Otters were transferred from the Coastal Plain to the mountains, and the statewide population had recovered by 2005.