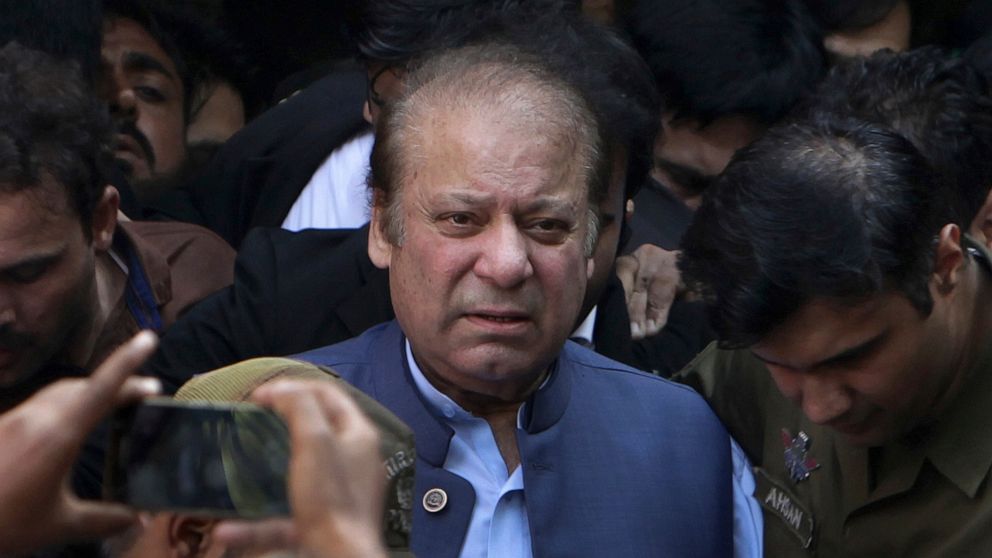 ISLAMABAD — A top court in Pakistan on Tuesday issued an arrest warrant for the country’s ailing former Prime Minister Nawaz Sharif after he failed to return home to appear before judges to face corruption charges.

The development came after the Islamabad High Court earlier this month gave the ex-premier a chance to return to Pakistan by Sept. 10 to face a corruption hearing or risk being declared a fugitive from justice.

Under Pakistan’s legal system, the government can now seek Sharif’s extradition from Britain.

Sharif has been in London since authorities last November released him on bail so he could travel and seek medical treatment abroad. At the time, the High Court in the eastern city of Lahore permitted Sharif to leave the country for four weeks, with the option to extend the time abroad if he was not able to travel afterward.

At Tuesday’s court hearing, Sharif’s lawyer Khawaja Haris told a two-judge panel that Sharif was unable to attend the court hearing because his doctor had advised him not to travel due to health reasons. Sharif has a history of heart-related diseases but has spent most of his time in London at his apartment there.

Sharif, 70, was sentenced to seven years for corruption and money laundering in 2018. He had served three times as prime minister but fell from grace after the Supreme Court ousted him from office over corruption allegations in 2017.