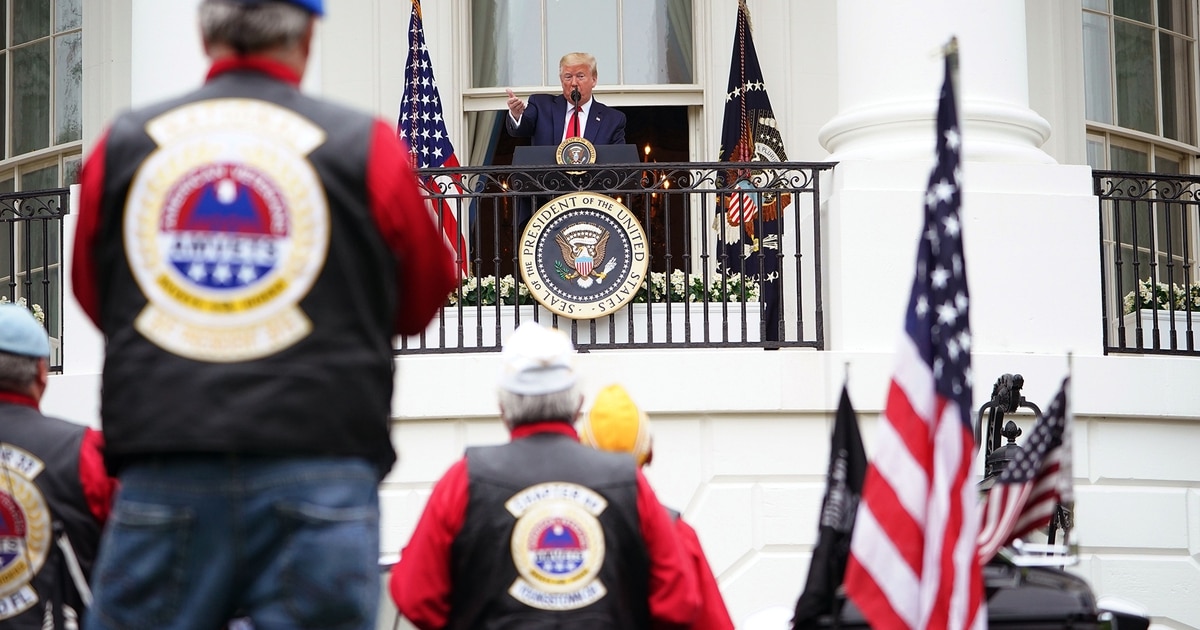 President Donald Trump has followed through on his promises to America’s veterans, ensuring they have access to quality care here at home.

The Mission Act fulfills his 2016 campaign promise to, “ensure every veteran has the choice to seek care at the VA or at a private service provider of their own choice.” He promised that “no veteran will die waiting for service.”

The Veterans’ Health Care Eligibility Reform Act of 1996 was the last significant reforms for VA health care, and it did not provide veterans choice in selecting their health care provider. President Trump has improved upon this existing framework in support of veterans most in need.

Under the Obama-Biden administration, veterans had access to a number of dysfunctional community care programs, but only if the VA decided to allow them to go — the veteran had no say and no choice in selecting their health care provider. This led to a number of major VA health care scandals, including the VA Phoenix Medical Center wait-time fiasco, where veterans died waiting for their health care.

At the time, whistleblowers brought to light instances of potential fraud and manipulation within the VA, including secret patient waiting lists at VA medical centers throughout the country. Over the objections of the Obama-Biden administration at the time, Republicans and Democrats in Congress reacted to the VA scandals by passing the Veterans Access, Choice, and Accountability Act of 2014 (VACAA).

The Commission on Care report stated that, “with VACAA, Congress tasked VHA with creating the temporary Choice Program. Both the design and implementation of the law have proven to be flawed.”

Even the card veterans were given stated that the Choice Program was temporary, and veterans lamented that they wanted real permanent Choice, not a temporary Band-Aid so politicians could claim some sort of short-term victory at the expense of America’s veterans.

Sign up for the Air Force Times Daily News Roundup

By giving us your email, you are opting in to the Air Force Times Daily News Roundup.

So, President Trump is absolutely correct when he says, “we got veterans choice, nobody thought that was possible.”

The Mission Act of 2018 gave veterans the first real and permanent veterans choice through the brand-new community care program. It eliminated the old community care and Choice Programs and resolved issues that these previous short-term fixes created.

When President Trump says choice, he is not talking about the old Obama-Biden broken and temporary Choice program, which gave very limited choice.

President Trump’s first ever comprehensive fix to the Choice Program is modeled after the successful DoD Tricare access standards and urgent care choice. If the VA can’t meet the wait-time or drive time standards, then the veteran gets to pick the provider of their choice. With the new urgent care benefit, veterans now have the choice to go to an urgent care provider any time they want, without VA permission.

For decades veterans wanted this type of choice, but nobody thought it was possible and no legislation was passed. In 2016, the Commission on Care recommended more choice, but no one acted on that either, except for President Trump with the 2018 Mission Act.

In the 2019 Veterans of Foreign Wars Our Care Report, 6,900 veterans were surveyed and they noticed big improvement in VA health care due to the Mission Act. Nearly three-quarters, 74%, reported seeing improvements at their local VA. Wait times are shorter and expanded community care options are available, resulting in improved health care outcomes. In fact, positive opinion of the new urgent care benefits has been reported as a result of new executive leadership at the VA and expanded community care options.

Veterans have the health care choice they wanted and progress in fixing decades worth of systemic VA health care problems that were ignored or given short-term Band-Aid-type fixes by the Obama-Biden administration.

I know the president is right and the critics are wrong because I have worked on veterans’ issues and health care since 2001, at the VA, on the Commission on Care, and at the White House Domestic Policy Council.

Darin Selnick is the former veteran affairs adviser on the Trump White House Domestic Policy Council and a former senior adviser to the VA secretary for the Trump administration. He was also a commissioner on the Commission on Care and is a Veterans for Trump Advisory Board Member.