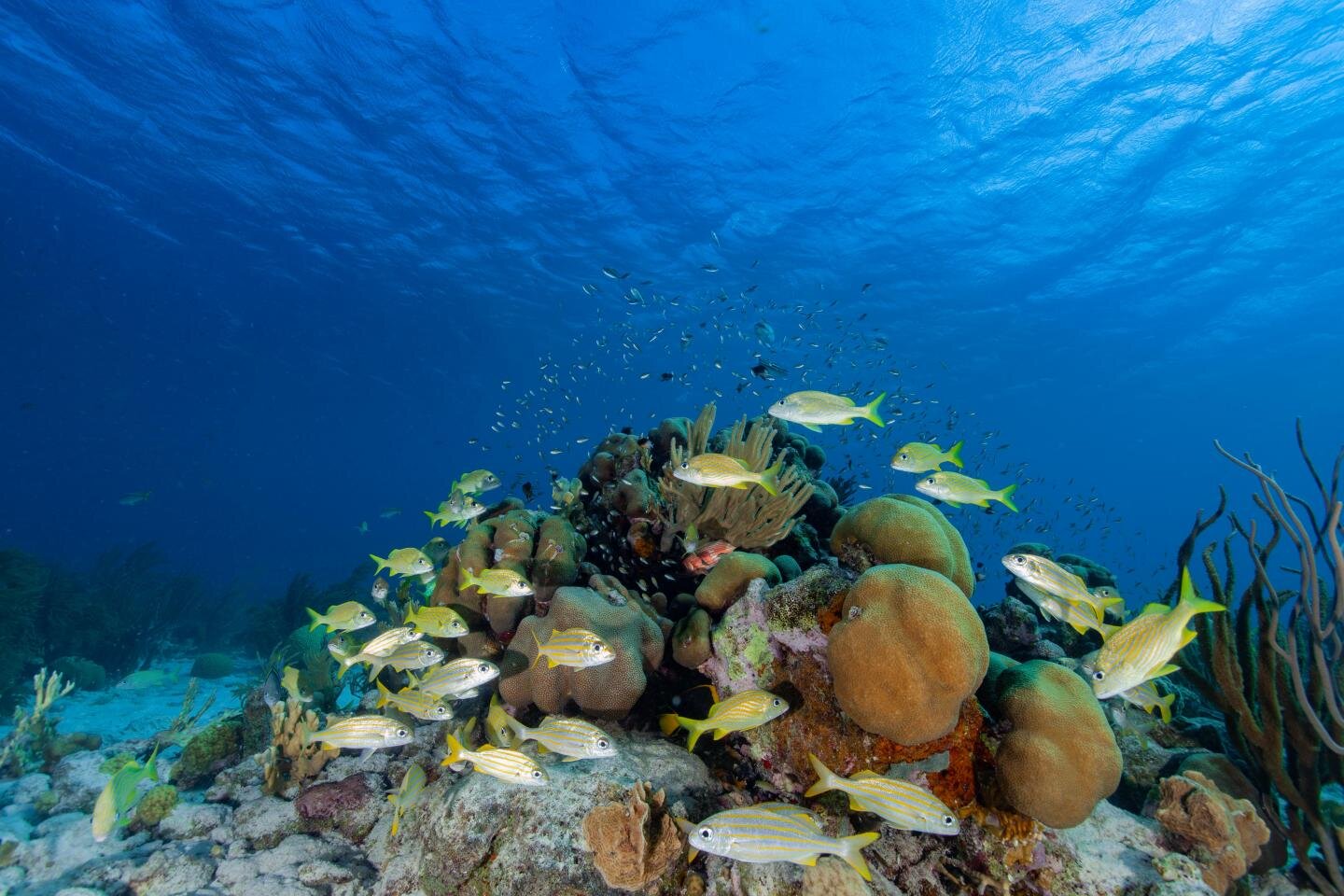 A UBC Okanagan researcher has developed a way to predict the future health of the planet’s coral reefs.

“Coral reefs are among the most diverse ecosystems on Earth and they support the livelihoods of more than 500 million people,” says Carturan. “But coral reefs are also in peril. About 75 per cent of the world’s coral reefs are threatened by habitat loss, climate change and other human-caused disturbances.”

Carturan, who studies resilience, biodiversity and complex systems under UBCO Professors Lael Parrott and Jason Pither, says nearly all the world’s reefs will be dangerously affected by 2050 if no effective measures are taken.

There is hope, however, as he has determined a way to examine the reefs and explore why some reef ecosystems appear to be more resilient than others. Uncovering why, he says, could help stem the losses.

“In other ecosystems, including forests and wetlands, experiments have shown that diversity is key to resilience,” says Carturan. “With more species, comes a greater variety of form and function—what ecologists call traits. And with this, there is a greater likelihood that some particular traits, or combination of traits, help the ecosystem better withstand and bounce back from disturbances.”

The importance of diversity for the health and stability of ecosystems has been extensively investigated by ecologists, he explains. While the consensus is that ecosystems with more diversity are more resilient and function better, the hypothesis has rarely been tested experimentally with corals.

Using an experiment to recreate the conditions found in real coral reefs is challenging for several reasons—one being that the required size, timeframe and number of different samples and replicates are just unmanageable.

“Technically called an ‘agent-based model’, it can be thought of as a virtual experimental arena that enables us to manipulate species and different types of disturbances, and then examine their different influences on resilience in ways that are just not feasible in real reefs,” explains Carturan.

In his simulation arena, individual coral colonies and algae grow, compete with one another, reproduce and die. And they do all this in realistic ways. By using agent-based models—with data collected by many researchers over decades—scientists can manipulate the initial diversity of corals, including their number and identity, and see how the virtual reef communities respond to threats.

“This is crucial because these traits are the building blocks that give rise to ecosystem structure and function. For instance, corals come in a variety of forms—from simple spheres to complex branching—and this influences the variety of fish species these reefs host, and their susceptibility to disturbances such as cyclones and coral bleaching.”

By running simulations over and over again, the model can identify combinations that can provide the greatest resilience. This will help ecologists design reef management and restoration strategies using predictions from the model, says collaborating Flinders researcher Professor Corey Bradshaw.

“Sophisticated models like ours will be useful for coral-reef management around the world,” Bradshaw adds. “For example, Australia’s iconic Great Barrier Reef is in deep trouble from invasive species, climate change-driven mass bleaching and overfishing.”

“This high-resolution coral ‘video game’ allows us to peek into the future to make the best possible decisions and avoid catastrophes.”

Provided by
University of British Columbia