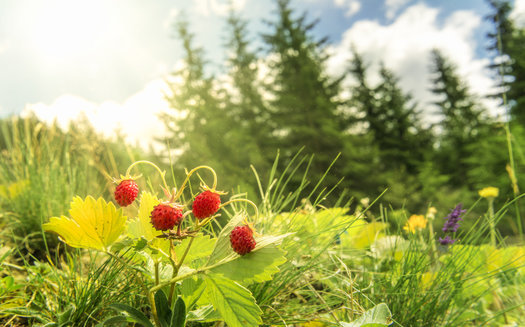 The U.S. Department of Agriculture estimates that between 25 million and 30 million Americans live in “food deserts.” Supporters of public “food forests” say they can help close the gaps. (Adobe Stock)

While community gardens help fight hunger, Kim Rockman with Project Food Forest said they can be hard to maintain in a neighborhood with limited resources. She said food forests require some volunteer work after they’ve been established, but don’t need as much attention because they’re made up mostly of self-sustaining perennials.

“There’s no one-size-fits-all model for a food forest,” she said. “We have done vegetables, we have a few vegetables in the ground now, but definitely, the focus is the perennial plants.”

The perennials include fruit trees, berries, herbs, mushrooms — all types of edibles, grown in conditions that mimic nature and offer variety for those who might otherwise lack access.

For now, Rockman said, the group’s primary work is across the border in Luverne, Minn., classified as a food desert by the U.S. Department of Agriculture. However, she noted that there’s a lot of need on the South Dakota side as well.

A 2018 study by the Augustana Research Institute identified a handful of food deserts within Sioux Falls, citing poverty as an underlying cause. But healthy food access also is an issue in rural South Dakota, with long distances between grocery stores and few public transportation options.

Rockman said her group gets requests from other parts of the country, too, where communities need guidance.

“A big chunk of what we’re doing, in addition to the hands-on, hyper-local work,” she said, “is how can we bridge gaps?”

Supporters of this movement say they’re not trying to replace the work of community gardens or food pantries — and that all these resources complement each other. They also point out that food forests have environmental benefits, by creating tree canopies in urban areas lacking in nature.