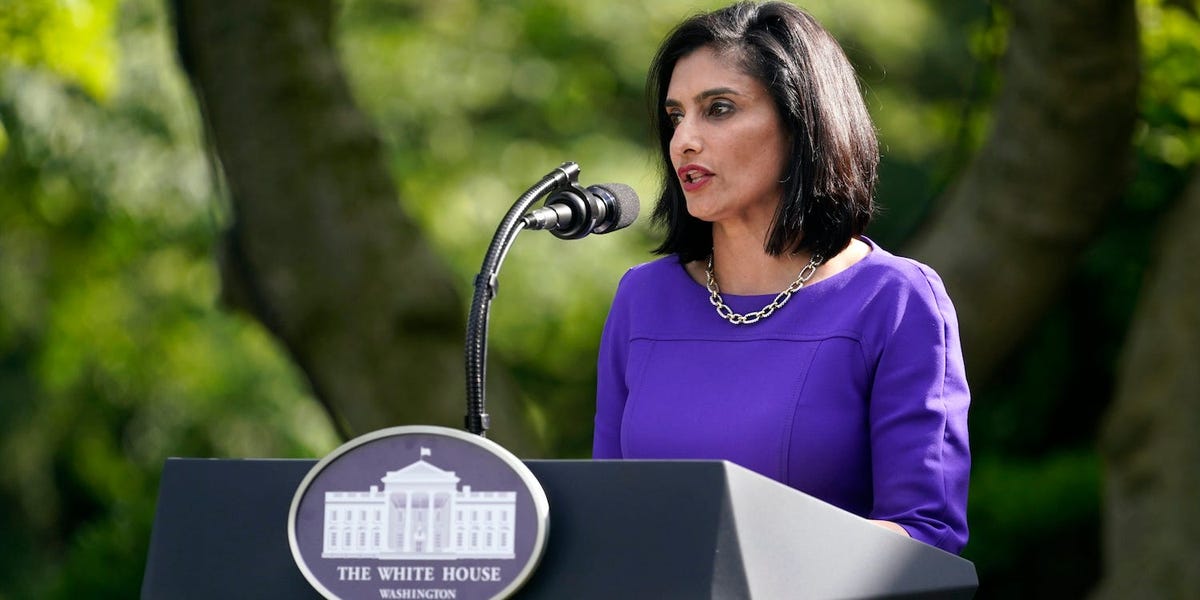 Earlier this year, the Trump administration posted new rules to make it easier for patients and healthcare providers to share and access health data.

But Seema Verma, who leads the Centers for Medicare and Medicaid Services, said she wishes the rules had been finished far sooner, even by her predecessors. The rules were posted by early March but many of them won’t go into effect for a year or two. Verma said she thinks that the changes would’ve been crucial in being able to get a handle on the coronavirus pandemic.

“What we inherited was a failed status quo,” Verma said. “We had electronic health records. They had that potential to do so much for the healthcare system. But when we came here, it was a big mess. Doctors hated it. They weren’t interoperable. Patients weren’t getting what they needed.”

As the top official of Medicare and Medicaid, Verma oversees a $1 trillion budget and healthcare coverage for 130 million people.

She is part of the White House Coronavirus Task Force, and noted the US had “significant challenges” in hospital data reporting during the coronavirus pandemic. Government officials weren’t learning quickly enough how many patients were in intensive care, what supplies hospitals needed, and whether they were using remdesivir, a drug that has been used to treat people who are infected.

“Once we move to this interoperable system, that wouldn’t have even been an issue,” Verma said.

The rules on health data sharing were long-awaited even under the the Trump administration, where Verma has been a top official since March 2017. Health officials were supposed to improve data sharing through a law Congress passed in 2016.

The Trump administration proposed the rules in February 2019 after they sat at the Office of Management and Budget since the previous September. And in April, the Department of Health and Human Services, the agency overseeing CMS, delayed some of the new data sharing rules because of the pandemic.

Under the data sharing Verma envisions, the results of coronavirus tests would be quickly reported to the government through doctors pressing a button on a computer or tablet.

Read more: Trump’s Medicare chief has a big decision to make over whether doctors should be paid phone calls and video visits. Here are the 3 biggest concerns she’s weighing over the future of healthcare.

Verma, 49, said that when she came to CMS she chose to focus on issues that she thought would solve large problems across the system.

One of them was dealing with how healthcare data sharing works. Even though most medical providers are using digital health records, they often can’t digitally send those records to another healthcare provider a patient is seeing. On top of that, it tends to be difficult for patients to get their own health information. Verma wanted to change that.

Under one part of the rules her agency issued, hospitals have to tell a patient’s regular doctor when they’ve been admitted and discharged from the hospital. Another part of the rules requires health insurance plans, both in government programs and those that contract with government, to share health and cost data with their patients for free in a way that they can easily read through apps on their phones or tablets. They must include doctors’ notes from visits and images from X-rays or other scans.

“It gives people for the first time, a better understanding of their healthcare and their health needs,” Verma said.

For healthcare providers, the goal of sharing health information is to help them track their patients’ health over their lives and to have a fuller picture of what their different conditions are, including knowing which medications patients take. Verma also said electronic records that can be easily shared have the potential to reduce healthcare costs and help with gathering information for scientists who are testing drugs and vaccines.

She said people could expect more changes to come on digital records.

“You’re gonna hear more from us on interoperability because this is something that’s been a top priority for the administration,” she said.

Read more: The Trump administration is taking ideas from rural communities to transform healthcare. We got an early look at the project.

Up next: Verma is seeing what else the pandemic may make permanent

In her time overseeing CMS during the coronavirus crisis, Verma has shepherded along major changes in Medicare that allow more patients to see their doctors through phone and video visits. The changes came about so quickly, she said, because she and her team had already started examining the issue during her time at CMS.

Now, she’s looking at which parts of telehealth should remain permanent. The agency is considering other changes to make post-pandemic, such as allowing healthcare providers more leeway on the kind of work they do. In many states, certain tests or healthcare visits can only be done by doctors and not by nurse practitioners or physic an assistants. There’s a push to change that.

Verma is also considering whether changes need to be made to a Medicare requirement that says patients have to be in the hospital for three days before they’re allowed to go to a nursing home, saying she frequently hears complaints about it.

She said in her role she works to think about how to make healthcare less costly and more innovative. For patients, it must be “less bureaucratic” and give them more control.