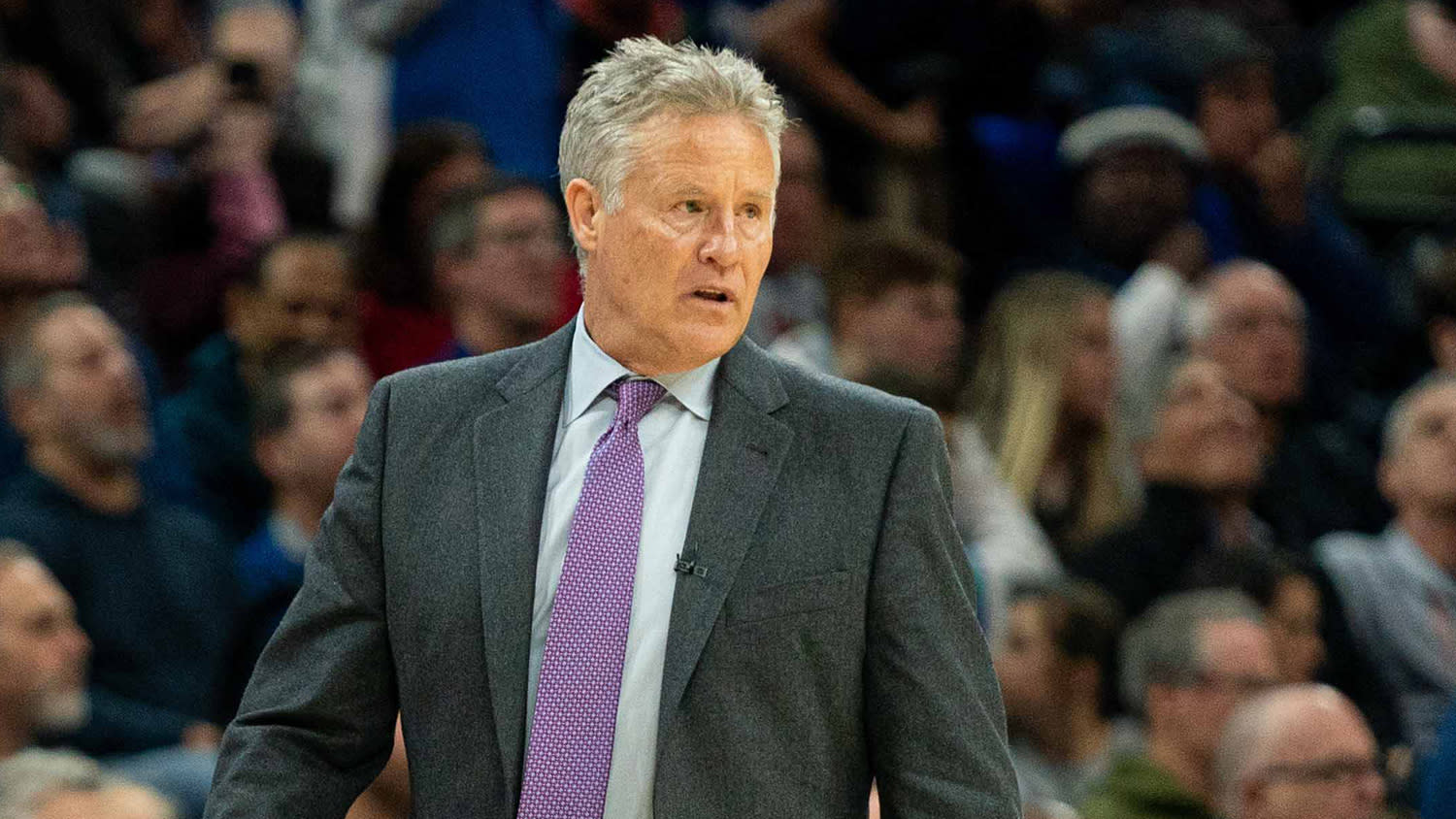 When the topic of his job came up over the past week, Brett Brown steered the question back to beating the Boston Celtics. He must have known, though, where the blame for a disjoined, disheartening season would fall.

To analyze whether or not Brown deserved to keep his position seems futile, since the final outcome was so seeped in inevitability. Brown said at his luncheon with media members 11 months ago that he wanted the No. 1 seed in the Eastern Conference, then coached a team that got swept in the first round of the playoffs. The team announced his firing on Monday.

It’s difficult to assess coaching in the NBA. We notice things like Nick Nurse concocting unpredictable, creative defensive schemes and Brown’s curious decision to initially play Raul Neto over Alec Burks in Game 2 vs. Boston. There’s a vast space between coaching genius and coaching failure that we struggle to grasp. It helps when Brown explains the team’s post offense around Ben Simmons and Joel Embiid, or when assistant coach Ime Udoka walks through the Sixers’ middle pick-and-roll coverages, but it’s impossible to attain complete insight. The job is to extract the best out of the players available, and there’s no universal blueprint.

Entering this season, Brown felt the team had an abundance of talent and that the burden was on him to make the pieces fit. When it was all over, Brown still refused to concede that his assigned task was unachievable.

“I think that they can (fit together),” he said Sunday. “As I admitted, I didn’t do a great job of coaching that side of it. To project out and say, ‘Can it happen?’ I believe that it can. It needs substitution savvy, it needs a bunch of things to get it as perfect as you wished you could’ve.”

We could list methods Brown should’ve tried in that chase of perfection. Perhaps he should’ve removed Al Horford from the starting lineup earlier in the regular season and stuck with rookie Matisse Thybulle for the playoffs. Maybe he should’ve had greater flexibility in shifting from the Sixers’ default “over and drop” pick-and-roll coverage. He could’ve tried calling more plays for Josh Richardson so that the 26-year-old spent less time on the periphery of the offense during his first season as a Sixer. Richardson was blunt Sunday on the subject of “accountability,” suggesting a lack of healthy internal conflict was a major issue this season, one Brown should’ve handled better.

Brown failed, as coaches tend to do. His margin for error was minuscule – perhaps non-existent, even – and that’s a reality the Sixers would be wise to acknowledge.

It would take a long time to trace why the team is in this predicament, but a concise version is that managing partner Josh Harris and co-managing partner David Blitzer allowed Jerry Colangelo and then Bryan Colangelo to take power in the organization, then responded to the insanity of Burnergate by hiring GM Elton Brand, an inexperienced candidate who the franchise thought would work well in its “consensus-oriented” front office. That front office gave Tobias Harris a five-year, $180 million contract, signed Horford to a four-year deal with $97 million guaranteed, and placed little apparent value on shooting, playmaking or guard play in general this past offseason.

Now, ESPN’s Adrian Wojnarowksi reports Brand will “continue to oversee basketball operations … but the personnel and structure in the front office is undergoing significant evaluation and change is looming.”

During his seven years as head coach, Brown faced an endless series of surreal obstacles. Many players on the fringes of the NBA passed through his locker room at the height of “The Process.” For a time, nobody knew exactly what was ailing Markelle Fultz. Just about every first-round pick suffered a serious injury.

He had his own vocabulary in response to crisis.

“I’m numb to it,” he would say after a devastating injury.

It was all about “keeping the boys in the boat” and “landing the plane,” prioritizing “spirit and health” for when the games mattered most.

Brown never quite checked off all of those boxes. The Sixers’ next head coach might have greater success. It’s clear, however, that the challenge of coaching in the NBA is exacerbated by the organizational problems that characterized Brown’s tenure.

Click here to download the MyTeams App by NBC Sports! Receive comprehensive coverage of your teams and stream the Flyers, Sixers and Phillies games easily on your device.

More on the Sixers