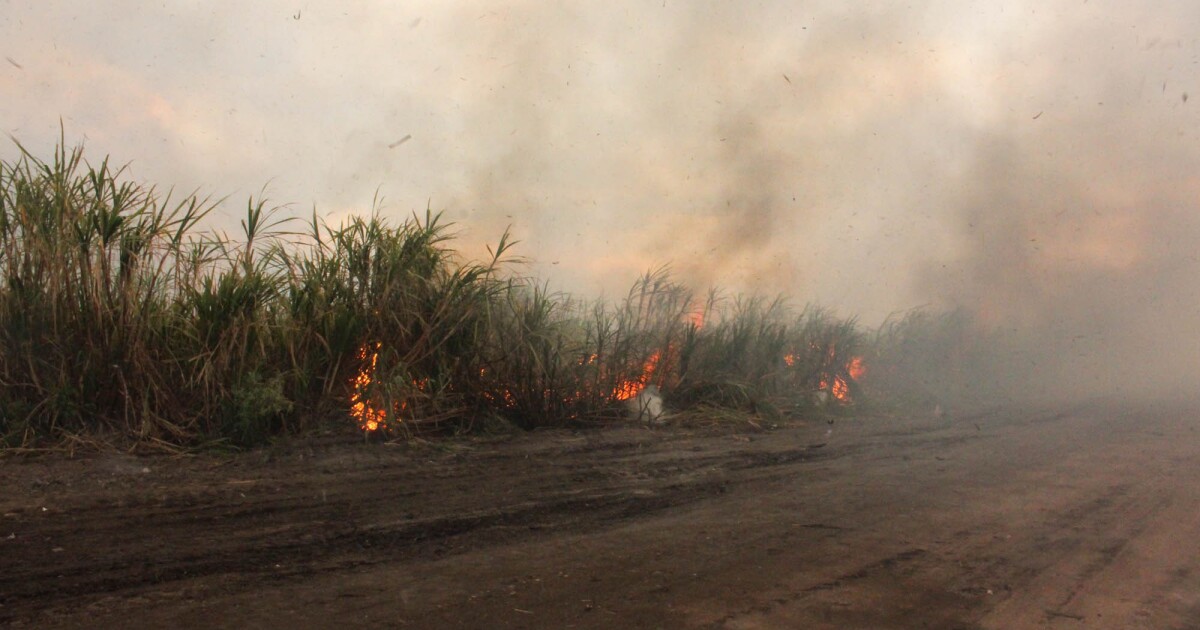 On this Thursday, Aug. 27, episode of Sundial:

Every year from October until April, stretches of rural Palm Beach County are regularly blanketed in black ash coming from sugarcane fields. Students have worn bags over their heads on their walk to school so they don’t breathe in the smoke.

Sugarcane is a huge part of the region’s economy, it’s estimated 25 percent of the nation’s crop comes from rural Palm Beach County. And in order to harvest that crop, companies continue to use a practice known as sugarcane burning. A new investigation in the environmental magazine Grist explores how residents’ health has been put at risk by the practice and how public agencies have failed to respond.

“In 2008, a sugarcane fire near Rosenwald Elementary School left six students hospitalized. And two weeks later, the Palm Beach County School District renewed its lease to U.S. Sugar to allow the practice to continue,” said Gilda di Carli, the Ida B. Wells Fellow at Type Investigations who reported this story in partnership with Grist Magazine.

Steve Messam is an associate pastor with First Church of God South Bay and a community leader who’s been outspoken about the dangers of the practice.

“In the spirit of the late Congressman John Lewis, I think what we are doing in the Stop the Burn Go Green Campaign is we are getting some trouble, some necessary trouble. Someone standing up and letting the industry know they need to be better neighbors. The land that you’re tilling and harvesting is a part of our community as well.”

We spoke with Messam and di Carli about the practice of sugarcane burning and a lawsuit that’s been filed against U.S. Sugar to end it this fall. We reached out to U.S. Sugar for comment about the story and the lawsuit, they provided a written response which is included at the bottom of this post.

A Florida judge ruled earlier this week that the statewide mandate that schools offer brick-and-mortar teaching was unconstitutional. It comes as school districts across the state are either starting their school years virtually or as they prepare to start the year that way.

All South Florida public schools are starting the school year online only. Every school district will be revisiting the possibility of in-person learning as the potential health consequences of the pandemic are evaluated.

Some private schools are taking a different approach, like Centner Academy in Miami’s Design District. The K-8 school opened earlier this year but was forced to go virtual in the spring because of COVID.

“One of the main reasons we decided to open the school and not go [completely] online is because we are focused on the social and emotional aspects of children,” said Centner.

Parents and caregivers are having to make tough decisions as the school year is quickly approaching or already underway. In South Florida, public schools are all online — for now. But online schooling is not a viable option for parents and caregivers who can’t work from home.

The stress of these decisions and the lack of social interaction can create anxiety in the home and affect children’s mental health.

“The little ones, you want to look for any regressive behaviors, changes in appetites, sleep issues or walking in the middle of the night or outbursts,” said Dr. Patricia Ares-Romero, Chief Medical Officer of Jackson Behavioral Health Hospital. “If they start withdrawing from the family or thematic complaints. If you see it going on for more than a week or two, you may want to speak with a pediatrician.”

Ares-Romero explained how children’s mental health is being impacted by the social isolation of virtual schooling and the prospect of going back to school in person during the pandemic.

The following is the statement we received from U.S. Sugar in response to our conversation about the practice of sugarcane burning in rural Palm Beach County.

“From the beginning, the trial lawyers refused to acknowledge readily available monitoring data collected by the Florida Department of Environmental Protection,” said Judy Sanchez, spokesperson for U.S. Sugar. “Instead, they hired a consultant to create a model to generate hypothetical projections to support the claims in their second amended complaint.

“Late last night, the trial attorneys admitted those hypothetical projections were inaccurate, greatly exaggerated and the calculations were egregiously overstated—as a result, the hypothetical projections used in the second amended complaint were sixty (60) times higher than their consultant intended. Their trial lawyers admitted to the court that the day after sugarcane farmers filed their motion to dismiss–which pointed out that trial lawyers’ allegations absurdly equated the air quality in the Glades communities to Mount St. Helens’ eruption– that trial lawyers’ consultant decided to revisit the unrealistic projections. Projections contradicted by actual data.

“Despite knowledge of the inaccuracies, the trial lawyers’ admittedly inflated claims went uncorrected for two weeks and were subsequently repeated in media reports that were broadcast to our local community. We look forward to the outlets immediately issuing a retraction and correcting their inaccurate stories.

“As farmers and members of the community, we rely on science-based approaches and data to guide our harvesting practices and operations. The admission is further proof that this lawsuit is simply a series of baseless allegations supported by a media campaign intended to mislead folks not familiar with farming in the Glades.

“Florida’s Department of Environmental Protection’s air quality data shows that the air in the Glades community is safe, clean, and healthy. It is unfortunate the trial lawyers continue to ignore readily available data because it is unfavorable to their efforts to attack the sugarcane farming community. No matter the number of revisions to their flawed modeling, we will continue to defend our safe and responsible farming and harvesting practices as well as the communities where we live and raise our families.”