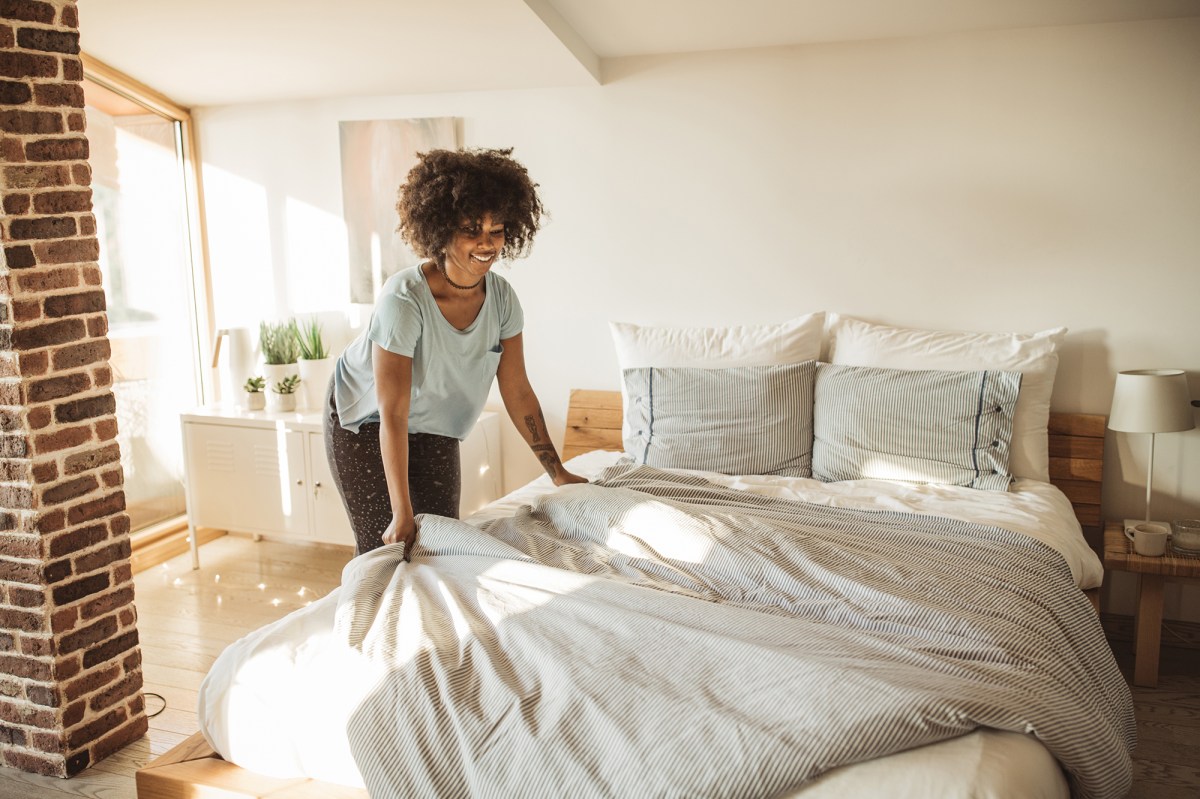 f you’re thinking of bringing your date home to an unmade bed, you may want to think again.

According to new research, nearly four in 10 Americans said it would be a total turn-off to date someone who doesn’t make their bed.

The study split 2,000 Americans by bed-makers and non-bed-makers and found those who make their beds every day are having sex 25 percent more during their time in quarantine.

In fact, 61 percent of non-bed-makers said an unmade bed wouldn’t be a deal-breaker on a date.

Conducted by OnePoll on behalf of Mattress Nerd, the survey found bed-makers are also having an easier time sleeping at night during this chaotic time.

Forty-eight percent of bed-makers said the quality of their sleep has increased, whereas 30 percent of non-bed-makers reported a decrease in sleep quality.

Of those surveyed who reported they are making their beds daily during quarantine (1,130 respondents), 66 percent said they’re doing so because they just have more time in the day now.

Forty-four percent of these daily quarantine bed-makers said this habit has made them feel productive throughout the rest of the day, but that’s not the only benefit.

Thirty-eight percent of those who make their beds daily during quarantine also said they tend to sleep better when their bed is made daily.

Another 32 percent of daily quarantine bed-makers said this task has helped them manage their stress levels during this uncertain time.

The survey also revealed 60 percent of those surveyed who make their bed on occasion (1,693 respondents) said making their bed more often during their time in quarantine has improved their mental health.

Sixty-six percent of these respondents were also in agreement that making their bed every morning has been the key to a successful day during their lockdown days.

“Having a clean and organized sleep space trickles into other areas of your life; workspace, kitchen, living room, etc.,” said Madison Muire, Editor at Mattress Nerd.

“Not only does making your bed in the morning have a psychological impact on your productivity, but it also makes you more likely to keep other things cleaned and organized; laundry, sheets, etc.”

Forty-eight percent of all respondents shared that they didn’t realize how infrequently they washed their sheets until they entered quarantine.

And 58 percent of respondents also shared that quarantine was a wake-up call for them to take better care of their sleep hygiene overall.

“When you think about how many dead skin cells the human sheds every night (hundreds of thousands), it becomes very clear why you should be cleaning your bedding at minimum once a week,” said Muire. “Keeping your sleep area will not only make you feel better but can also increase your overall health.”

Top reasons to make your bed daily during quarantine