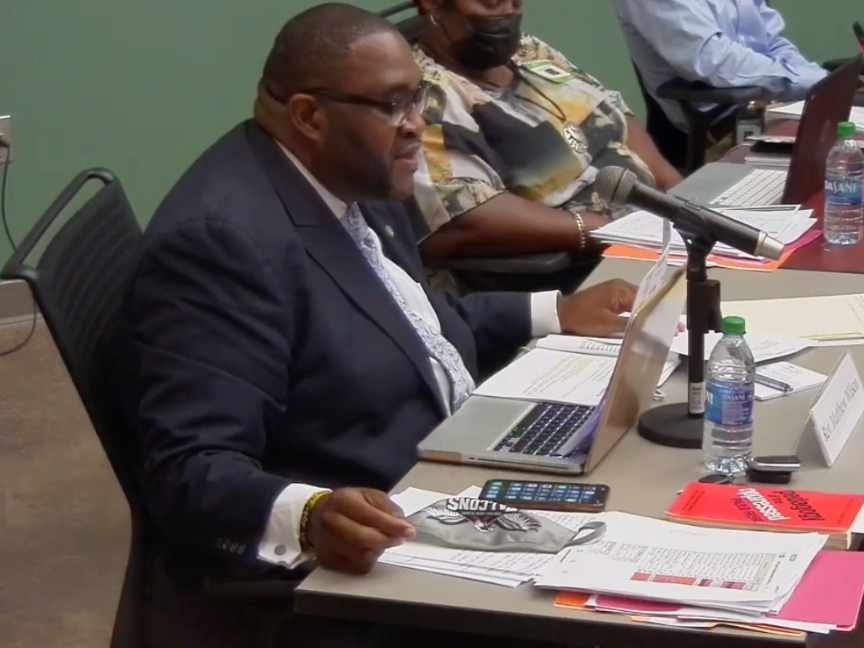 TUSCALOOSA, AL. — Tuscaloosa City Schools will soon see its students return to the classroom on a staggered schedule before possibly returning to full in-person learning, following a vote by the Board of Education Tuesday night.

The nearly four-hour meeting saw a range of topics discussed on the plan and culminated in a 5-3 vote in favor of the proposed return plan by Superintendent Mike Daria, which was initially presented last week. The nay votes opposed to the measure came from members Matthew Wilson, Kendra Williams and Erica Grant.

The plan was to initially reassess the district’s virtual-only strategy at the end of the first nine weeks of the fall semester, but following local improvement in COVID-19 case numbers and criticism of the efficacy of virtual learning by parents in the school system, talks began for a return strategy.

According to the plan as it is written, elementary and middle schools will be on a staggered return schedule beginning Sept. 21 and running through Oct. 9, with Oct. 12 set as the tentative date for a full return of students to the classroom for the families who did not opt for full-time virtual learning for the entire school year.

“There are some things in high schools we still need to resolve and we need a little more time to do that,” Daria commented. “We do have some teachers in our high schools who will be serving both in-person and virtual students in the same section. That is not ideal.”

The model passed on Tuesday, according Daria, will allow schools to slowly phase students back to the classroom, with only half of the in-person students on campus at a time.

At present, 42% of TCS students are enrolled in full-time virtual learning, Patch previously reported, with 58% of families expressing a desire to return to some form of in-person instruction.

Beginning Sept. 12, half of the student body for each school will be on campus for two days a week, with families in the same home assigned to the same two-day rotation. The rotation will be on Monday and Tuesdays for one group and Wednesdays and Thursdays for another, with Fridays being a virtual day and planning time for educators.

Daria also commented that TCS will adhere to guidelines set out in the Alabama Department of Health Tool Kit that was released on Aug. 4 as it pertains to operations for once students are back on campus. However, Daria said the ability to adjust will be crucial for the wide-range of planning moving through the uncertain school year.

The superintendent also mentioned the district’s cleaning and facilities plan, which is specific to school days and incorporates a stockpile of supplies on hand. The plan also covers what kind of Personal Protective Equipment (PPE) the district is providing employees, with Daria saying TCS has enough masks for staff and students, in addition to Plexiglas face shields provided for employees.

“We don’t have all the answers to all the questions yet,” he said. “We do need to get into schools to see what’s working and see what’s not working.”

Board Member Matthew Wilson was the sharpest critic of Daria’s proposal and at one point was even asked by Board Chair Eric Wilson to observe decorum and show respect when addressing the superintendent.

During his fiery statements, Wilson blasted the superintendent on topics ranging from the availability of substitutes to language in the proposal stating that students can expect to have a shared responsibility in helping keep their classrooms clean.

“I don’t think no child should take the responsibility of making sure a desk is clean other than what they would normally do,” he said at one point.

Daria answered by saying the language was meant to apply to high school students, but stood firm on his opinion regarding the issue.

The heated debate continued on, with Wilson lamenting what he perceived as a lack of choice for district parents with respect to the approach taken by TCS in implementing virtual learning and its associated platforms without providing in-person alternatives.

Daria responded quickly, saying “I think the choice in my mind is when parents opted for virtual all year long,” referring to the parents who chose at the beginning of the year to opt their children out of any kind of in-person learning for the school year.

Following the issues presented by Wilson, the superintendent did receive vocal support from the board president, with Eric Wilson wishing the public could see what Daria goes through on a daily and weekly basis, along with the amount of energy he pours into his job.

“He has an open mind and will do what’s best for these children,” he said.

This article originally appeared on the Tuscaloosa Patch