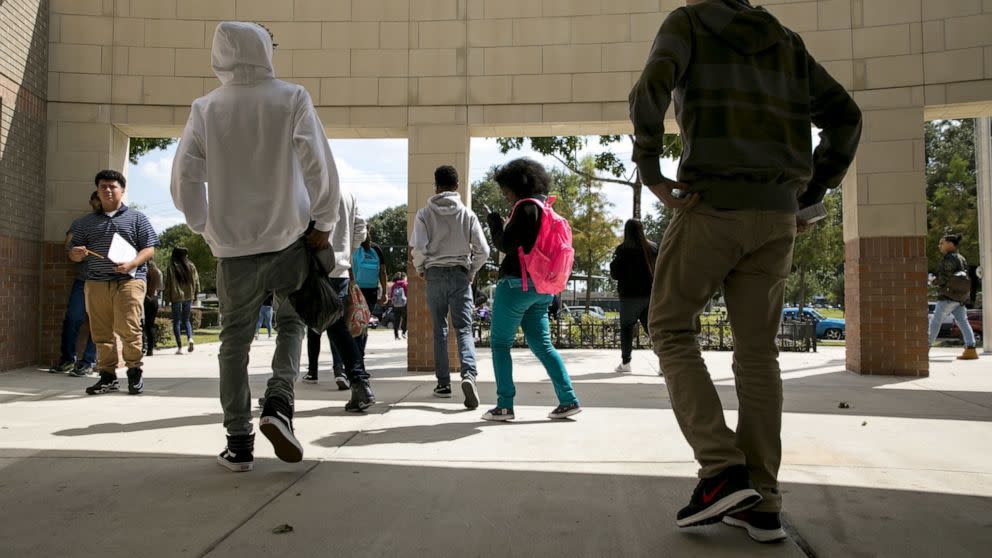 LGBTQ rights advocates are pushing back against the Texas Board of Education’s recent rejection of a proposed curriculum to teach middle school and high school students about gender identity and sexual orientation.

The Republican-dominated board rejected a batch of proposed curriculum changes last week, striking down mandates to require students to learn about the differences between gender identity and sexual orientation as well as a proposal to teach middle schoolers about consent. The board is expected to take a final vote on any changes in the sexual education curriculum in November.

Some proponents of the changes called the rejection “especially tragic” as research shows that most LGBTQ students don’t feel safe at school because of harassment and bullying.

“Imagine the tragic message state board members have sent by refusing to acknowledge that LGBT students even exist in our classrooms,” said Carisa Lopez, political director for the Texas Freedom Network. “The board had a chance to stand with young people who are looking to feel safe and respected in their schools. A majority of board members chose to abandon them and stand with the bullies instead.”

Texas Board of Education member Ruben Cortez, a Democrat, formally proposed the new standards at a board meeting last week before sharing a heartfelt story about how his daughter struggled in accepting her own gender identity.

“One of my children this summer came out to us and the fact that she had to bottle that in for years thinking that we wouldn’t accept her,” he said. “It’s difficult to imagine what other students who don’t live in a tolerant house would go through if we don’t insert language like this to help our students.”

He said he crafted the proposal in an effort to teach “the importance of treating all people with dignity and respect regardless of their sexual orientation and gender identity.”

Board Democrats and one Republican backed the measures, but the proposals ultimately failed with nine Republicans voting against them. Elementary and middle schools in the state are required to offer health education for students in kindergarten through eighth grade. The state does not mandate sex education, but schools that opt to teach it are required to emphasize abstinence.

Beyond the abstinence-only model

Last week, the Texas Board of Education gave preliminary approval to teach middle schoolers about birth control beyond abstinence and about “other contraceptive methods in the prevention of STDs, STIs and pregnancy,” according to the board. If implemented, the move would revise the state’s sex-ed policy for the first time since 1997.

Teaching the abstinence-only model has contributed to state’s high birthrate, experts said, noting that some 39% of Texas high school students report having had sex, but less than half of them used condoms or birth control pills, according to the American Academy of Pediatrics, one of several major medical organizations that oppose the abstinence-only model.

Board members also adopted amendments that “essentially rewrote significant sections of drafts,” according to the Texas Freedom Network. Many of the changes reinforced standards that focus on abstinence until marriage while removing specific references to the importance of consent, despite the ongoing “Me Too” movement that seeks to address sexual coercion and harassment in American society, the group said.

Some parents argued that teaching about consent might promote sexual behavior among children, but Lopez, of the Texas Freedom Network, rejected that notion, saying sex education is “important for life.”

“Students should understand what a healthy relationship looks like before they become sexually active,” Lopez said. “That means schools must teach about the importance of consent, respect for personal boundaries, and the prevention of abuse and harassment. This information is important for life, not just while students are in school.”

Current and former public school students spoke out at public hearings over the summer, complaining that they received little, if any, sex education in school and pushing for expanded learning about contraception options, sexual consent and gender identity.

Many of them said they ultimately learned about sex through pornography or friends who knew very little themselves. But some board members argued that the state shouldn’t mandate such requirements, saying it should be left up to local school health advisory councils.

“If Austin ISD wants to take up these issues, more power to them,” said Marty Rowley, a Republican board member. “But that doesn’t mean that Borden ISD or Amarillo ISD or Canyon ISD or any other ISD that I represent in the panhandle in West Texas wants to be mandated to teach this.”

On the idea of teaching about sexual consent, Rowley said: “Eleven and 12 is too young.”

“In my opinion, refusal skills, personal boundaries, personal privacy covers this area at this age,” he added.