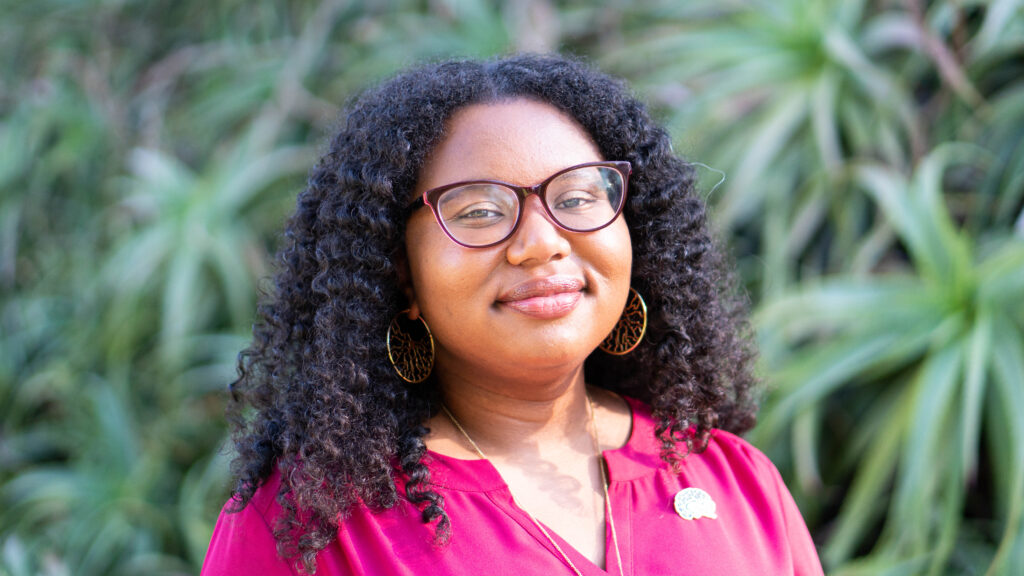 But she did have a question. She had noticed other Twitter movements highlighting Black scientists in fields like birding, astronomy, and physics. She wondered: Where’s neuroscience?

So in early July, Dukes, who is Black, tweeted:  “Sooo when are we doing a #BlackInNeuro week?”

Within days, a group of nearly two dozen neuroscientists banded together to found Black In Neuro. Like many such groups, it started out as a kind of Twitter club. Its first act: a weeklong virtual showcase of the field and a series of events on neuroscience research, racism, and mental health.

They pulled in sponsors to pay their speakers, including the Chan Zuckerberg Initiative and Stanford University. And they’re not stopping there: Now the group is making a list of Black neuroscientists, 300 and growing, for others to connect with as mentors or invite to present their research. They’re hoping to eventually set up more formalized mentorships and travel awards.

The goal: to develop a community for Black scientists who often feel alone or overlooked. Dukes has been there herself. She isn’t always confident enough to lift up and showcase her own accomplishments. She still covers her computer and kitchen table with sticky notes of advice and encouragement she’s heard along the way from mentors and colleagues, “You can do this!” and “Make your voice heard!”

Dukes said that her mentors’ and colleagues’ encouragement and support empowered her — and now she wants to empower others.

“It’s important to know that we don’t have to be pushed out of the field. We can keep going and we can find mentors and we can have this community, and we do belong here,” Dukes told STAT.

Dukes, who’s currently a student in the department of neurobiology and behavior at the University of California, Irvine, said it was “wonderful” to find a community of people who had not only succeeded, but overcome the same struggles she’d experienced. She wanted to found the movement in part because of her own struggles as a Black scientist — especially as she felt the mental health impact of the killings of unarmed Black people like Breonna Taylor, Ahmaud Arbery, and George Floyd earlier this year.

In the summer of 2016, when the headlines focused on the police killings of Black men like Alton Sterling, Philando Castile, Eric Garner, Michael Brown, and Freddie Gray and 12-year-old Tamir Rice, no one in her lab at Vanderbilt University seemed affected by it, except her. Dukes was overwhelmed, empathizing with the family members of the victims seeking justice, and it affected her work in the lab.

“I was so scared for myself and for my boyfriend and for my family and … I didn’t care about the science — I wasn’t paying attention,” she said. “Back then I felt like I was just an undergrad. … Who am I to say anything or demand that you pay attention to this?”

Earlier this year, Dukes demanded that her labmates pay attention. She spoke to her Ph.D. mentor, Christie Fowler, who is white, and they postponed an upcoming exam so she had time to focus on her mental health. Her mentor’s attitude helped her realize the power of support — and how a broader community could offer more people the same attitude.

“I did feel supported, and I think a lot of that had to do with the fact that I’ve had professors and people in positions of power who were willing to try and fight … for some kind of change to be made,” she said.

In June, when her husband, who is also Black, was stopped without explanation by her own campus police officers, she was shaken. And though her mentor was supportive, and even rallied other faculty members to email university leadership, Dukes wanted to find a community of people who completely understood her experience. So she built it.

“A part of me wanted Black In Neuro because I wanted something positive and I really needed … a community that would understand without me having to explain why it was so upsetting,” Dukes said.

“I really needed … a community that would understand without me having to explain why it was so upsetting.”

Although Dukes describes herself as a “small person who does like little things that maybe might make a change in a small sphere of influence,” the people around her made it clear she’s a natural fit to lead the group.

Dukes has experience organizing events — she’s the “de facto party planner” for the lab and even remembers everyone’s birthdays.

She’s also shown herself to be a powerful speaker about topics like racism in science. Dukes and two other neuroscientists at UC Irvine organized and led an anti-racism discussion this spring to teach others how to be a better mentor and ally to Black scientists, ultimately creating a better environment for Black colleagues. It was so successful that Nii Addy, an associate professor of psychiatry at Yale University who acts as an “accessory mentor” to Dukes, said the Society of Neuroscience highlighted it as a resource for the neuroscience community as a whole in July.

“Just to be able to have an idea and to be able to run with it and implement it. That’s pretty remarkable,” Addy said. “Her leadership skills have been impressive to me, and her vision as well.”

Dukes’ ability to turn an idea like Black In Neuro Week into a reality by organizing a group of scientists, finding sponsors, and scheduling speakers and events in a matter of three weeks speaks to more than just her leadership skills — it demonstrates her perseverance, a quality that Fowler, Dukes’ Ph.D. mentor at UC Irvine, who is also an associate professor of neurobiology and behavior, emphasized.

“When she’s faced … with challenges, she just pushes through and does amazingly well,” she said.

Case in point: When a last-minute emergency kept Fowler from presenting at a conference in New Orleans in March, she asked Dukes to fill in and present research that was not her own.

Dukes, who was the only Black person in the room, was shaking.

“I was absolutely terrified,” she said. “I guess [it was] just the imposter syndrome and feeling like I wasn’t sure if I’m qualified to talk about this …”

But Fowler said her colleagues in the audience thought she knocked it out of the park. Dukes was even offered a job by another researcher at the conference.

Several faculty in her department at UC Irvine recognize her as a force of nature. And they encourage it.

Fowler and another faculty member gave Dukes a painting of a black bird to recognize the important work she was doing as an advocate for Black scientists. She keeps it above her desk as a reminder to keep speaking up — a more artistic version of the sticky notes on her kitchen table at home.

“It just felt really nice … to feel like they recognize the work that I’m doing,” said Dukes. “And so this was just another form of validation for me that I am being heard and that my thoughts are being valued.”

Black In Neuro also helped Dukes see herself as others do — at least a little bit.

“It makes me feel more secure that I do have a place here and I can make a positive impact in science,” she said.

Dukes and her 21 co-organizers are still deciding what’s next for Black In Neuro.

Dukes was taken aback by the strength of the community she made. She teared up as she recalled a video meeting for Black women, late in the movement’s weeklong event in July, when she realized how similar her experiences were to everyone there.

“It’s so easy to feel like you’re the only one and no one understands. And to just know there are people out there who get it, like 100%, they get it, and to not have to explain that, and just see how important that is for so many people. It really means a lot,” she said.

It clearly did for the participants, too. Yasmin Hurd, the director of the Addiction Institute at Mount Sinai and one of Dukes’ science idols, also attended. She, too, was moved by everyone’s experiences — she even turned on her video camera despite her new haircut. But even more so, she was impressed with Dukes. Hurd said she had a way of “making everyone feel special for who they are and the research they did.”

“It’s this warm environment [where] people felt safe. And there were just a lot of emotions. And it brought out the raw emotions in me that a lot of these ladies are going through the same things that I went through, and that we haven’t really moved the dial enough,” said Hurd.

Dukes wants to keep moving that dial, both with Black in Neuro and on her own. She participates in a biannual Saturday science event at her local church, where she teaches children, many of them Black, about things like what neurons do — she said the students are always a bit “freaked out” that she works with mice.

She wants to keep showing others that there is a place for them in research, if they want it. She intends to seek a professorship at a historically black college and university so that she can help other Black women see that a career in science, and specifically research, is an option.

“I feel very certain that this is the career path for me, that this is what I’m supposed to be doing, especially with all of the Black in Neuro stuff, I feel like this is really how I can make a difference,” she said.

Elizabeth Cooney contributed to this report.