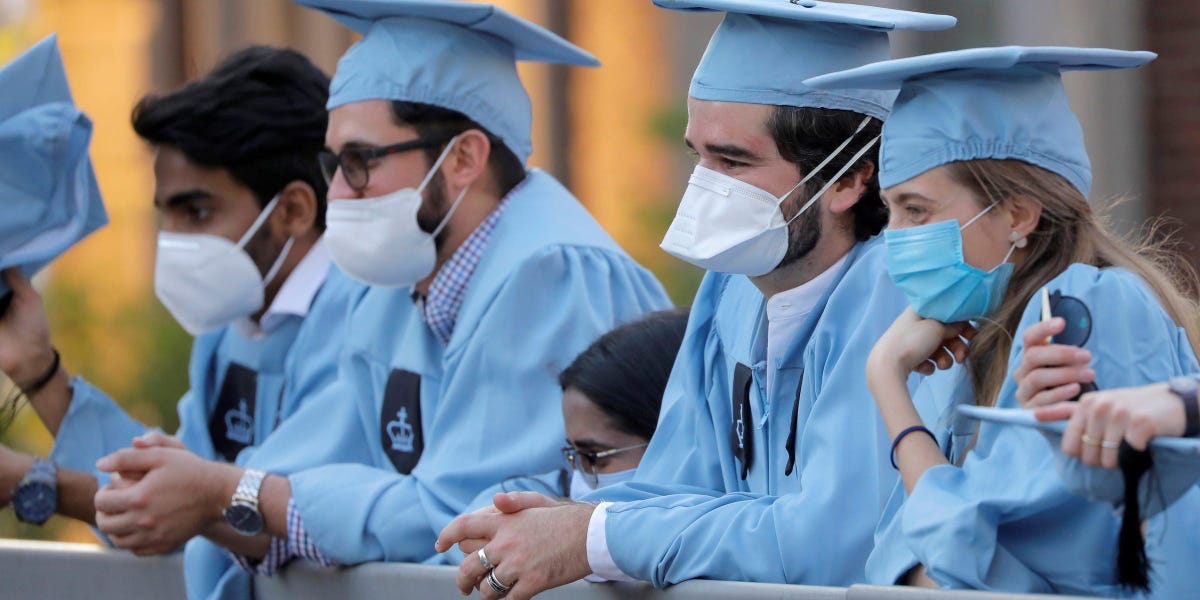 SpaceX, 61 colleges and universities, and the NBA are all using the same startup to test workers, students, and athletes for coronavirus.

Vault Health, a New York-based men’s health startup, pivoted to coronavirus testing in May, as the pandemic ramped up in the US. The company, which offers testosterone therapy and erectile-dysfunction pills, was founded in February of 2019.

Vault’s test, produced by Rutgers University’s genetics institute, can be taken at home or, in some cases, at in-person clinics and testing sites. Since May, Vault has sold about 1.5 million test kits to summer camps, offices, schools, states, and sports leagues.

Coronavirus testing wasn’t really the plan when CEO Jason Feldman, a former Amazon executive, set out to get men more involved in their healthcare. Most men try to wait as long as possible before seeing a doctor, one survey by the Cleveland Clinic found, and Feldman said that 70% of them don’t get healthcare consistently.

“There’s no doctor for guys,” Feldman said in an interview.

“The guy tells me to eat better, sleep better, and exercise more, takes some blood, tells me I’m not going to die, see you next year. After you do that a couple times, you’re like, you know, I’m good,” Feldman said.

Vault was already working with Rutgers on a male fertility program when the pandemic started, and saw itself as a natural partner to distribute the university’s saliva test once ready, he said.

“When COVID broke out and I started to look at the business and said, ‘Oh my gosh, we’re going to be screwed if we don’t do something,'” Feldman said.

In March, Vault announced $30 million in funding from Tiger Global Management, Redesign Health, and Declaration Capital. Now with about 530 employees, up from 22 in February, the company has a testing and telehealth infrastructure in all 50 states with no plans to ditch the diagnostics business when the pandemic subsides, Feldman said.

“Covid taught us how to do that. And so now we’re able to do blood testing and some other things remotely that we couldn’t do before,” he said.

Do you have a tip? Reach out to this reporter at bdodge@businessinsider.com.

Vault said that it’s working with SpaceX and the NBA, in addition to other companies and sports leagues. It’s also working with 61 colleges and universities, according to a client list Vault provided.

The NBA confirmed it was working with Vault Health for at-home testing of players and staff. SpaceX didn’t answer Business Insider’s request for information about its testing programs.

Vault’s academic clients tend to share one thing in common, according to Feldman: They shipped Vault’s tests to students before they got to campus in the first place. The move kept hundreds of infected people home, and likely prevented some of the virus’ spread through dorms, parties, and other venues.

Read more: Nursing homes reveal a $25 billion conundrum: No one wants to pay for the millions of coronavirus tests required to reopen the country.

Not all 61 schools contracted with Vault for repeated campus-wide testing. Some bought tests just for athletes or for residential students, or for one-time rounds of testing, like when students first got to campus.

Many used other strategies to fight the virus as well, such as temperature monitoring, contact tracing, social distancing, remote learning, and bans on parties and other big gathering.

The result has been that only five of the universities that work with Vault have testing positivity rates above 3%, according to their available data as of September 10.

Indiana’s Purdue University, one of Vault’s customers, paid for all of its students to get tests at home, prior to the start of in-person classes on August 24, David Broecker, an executive at the Purdue Research Foundation and leader of its back-to-school strategy, told Business Insider.

Half of Purdue’s student population lives outside the state, and many hail from places that saw severe outbreaks, like California, Texas, Florida, and Arizona, Broecker said. So the university’s leadership wanted a partner that could test them remotely and show the overall infection rate, he said.

Vault’s program works by sending customers tests in the mail. A doctor watches you do the test via Zoom. Once completed under a physician’s supervision, the tests are delivered overnight to Rutgers’ lab in New Jersey and processed.

Read more: Telemedicine startups have raised hundreds of millions as the coronavirus puts them to the test. Meet the 12 startups forging a new path for healthcare.

In Purdue’s case, 33,500 students each got their results back less than two and a half days after the appointment, Broecker said. Among them, 244 were infected and were asked to stay home for about two weeks.

The university also has one of the most ambitious programs for surveillance testing in the US. With a combination of Vault’s services and Purdue’s repurposed veterinary lab, it’s testing 10% of the study body each week.

Roughly 4,000 students are asked to provide a sample at random on a weekly basis, Broecker said. That’s another factor for choosing Vault. Given the frequent testing, Purdue didn’t want the test to be physically uncomfortable, he added. Vault asks users to spit in a tube, without the use of nasal swabs.

Young people are less likely to have coronavirus symptoms, making random surveillance testing key to controlling outbreaks before they start. Purdue’s already found 63 infected students this way and then notified the people they’ve come into contact with, Broecker said.

Purdue’s set aside special housing to quarantine sick people. They get their own room, delivered food, and an academic support person to help coordinate assignments, Broecker said.

But testing mass amounts of people is no cake walk

Purdue’s positive cases have been tracking up slightly since the first day of classes, for an overall infection rate of 2.67%, per Broecker and Purdue’s dashboard for coronavirus reporting. Since August 1, there have been 445 total cases among students, and 25 among employees.

The plan, which is more than 100 days in the making, is costing the university tens of millions of dollars. Purdue has also suspended dozen of students who broke strict coronavirus policies. While the university seems to be doing fine, Broecker stopped short of declaring victory.

“We go into it with our eyes wide open, but now it’s game time,” Broecker said. “We really have to take this week by week.”

Eastern Michigan University, Eckerd College, Indiana University, the University of Wyoming, Penn State, and Vanderbilt, to name a few, all used Vault to test students, according to the company.

Wyoming has notably paused its return plan after a small cluster of infections, and Penn State has reported hundreds of coronavirus cases, per testing data. The rest of those schools have infection rates of less than 1%, their public data suggest.

But compare that to the many disasters marking the start of the fall semester. Across the US, more than 88,000 coronavirus cases have been linked to universities, a tracker by The New York Times shows.

Read more: How the University of North Carolina went from a leader in college reopenings to what the student paper called a ‘clusterf—‘ with 135 coronavirus cases in just 7 days

UNC made national headlines when it closed a week after reopening as hundreds of students became infected. Leadership said they didn’t test students beforehand because they didn’t want them to have a “false sense of security” once they arrived.

Testing at Illinois and UNC is still voluntary, though the latter sent kids in dorms packing. South Carolina and Alabama required testing for students in university housing, but performed it after the semester was already underway.

Testing isn’t a panacea. Auburn’s plan required residential students to get tested within 14 days prior to their return, making sites available throughout the state starting on July 25. From August 31 to September 6, almost 600 students and employees became newly infected anyway.

The reality underpinning colleges’ struggles is that testing mass amounts of people is no cake walk and, as Purdue’s Broecker pointed out, ultimately doesn’t prevent students from socializing.

Typical molecular tests, or those that diagnose people with coronavirus infections, often cost more than $100. Vault’s costs $150 for the at-home service, or less if schools handle some portion of the distribution. Any schools that fork up the millions required for a comprehensive program are largely paying for it themselves or with precious little federal funding, according to Feldman and Business Insider’s reporting.

Logistical issues, like the fact that tests can take days to deliver results, are also at play. Lab giants Quest and LabCorp reported slow turnaround times for results this summer because of spiking demand and limited supplies.

While the situation’s gradually improved — the US is regularly testing about 1 million people per day, showing a 5% infection rate —  it may have prompted a renewed market for at-home testing services.

The roughly 10 companies offering them promise shorter turnaround times. Plus there’s a certain appeal to taking a test in the comfort of your home when the virus lurks around every corner.

Read more: There are 10 coronavirus tests you can use from home. Here’s how they work and where to order one.