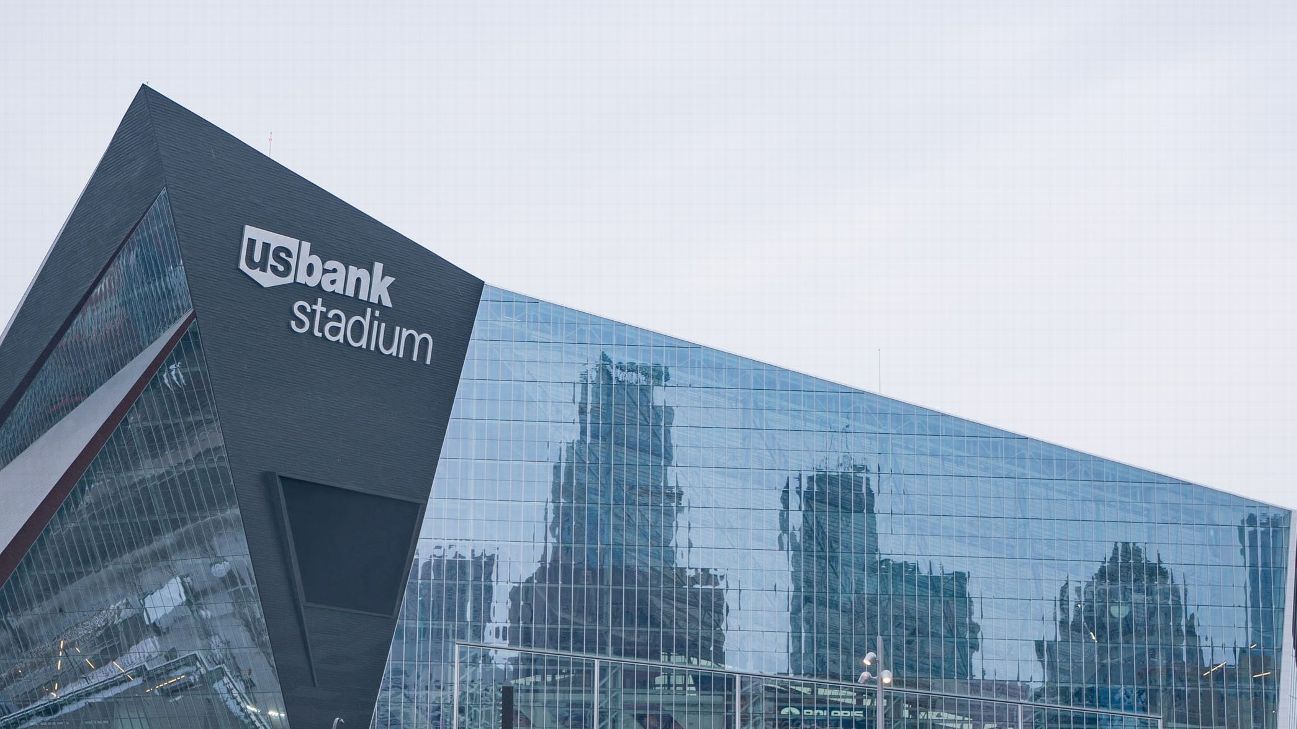 EAGAN, Minn. — The Minnesota Vikings will not allow fans in U.S. Bank Stadium for the first two home games of the 2020 season, the team announced Tuesday.

The Vikings are scheduled to host the Green Bay Packers on Sept. 13 and the Tennessee Titans on Sept. 27. Health guidelines in the state of Minnesota currently do not allow for large gatherings over 250 people and have a set 250-person capacity for indoor events and entertainment.

Over the ensuing five weeks, Minnesota plays at home only once, on Oct. 18 against the Atlanta Falcons.

“Over the past several months, we have collaborated with U.S. Bank Stadium partners, the NFL, the State of Minnesota and the City of Minneapolis to determine the best way to safely and responsibly host a limited number of fans at Vikings home games,” the team said in a statement.”We have sought to balance the opportunity to provide fan access with the responsibility to adhere to public health and medical guidance in order to maintain the health and safety of fans, players, staff members and the broader community. Ultimately, public health is our top priority.

“Based on our conversations and the current Minnesota Department of Health guidelines that specify an indoor venue capacity of 250, we have determined it is not the right time to welcome fans back to U.S. Bank Stadium. As a result, the first two Vikings home games on Sunday, September 13, and Sunday, September 27, will be closed to the public. We will continue to work with the appropriate officials on our plans with the hope of bringing fans back in a safe manner later this season.”

Sixteen of the NFL’s 32 teams have ruled out spectators to start the season. The league’s competition committee decided earlier this offseason to allow fans where permitted by state and local governments.

“I’ve always like felt like we’ve got great fans and we hope to get them back,” Vikings coach Mike Zimmer said Tuesday. “But it is what it is, so we’ll go out and we’ll play and get ready to go. Hopefully they get back again sometime this year.”

The Packers and Detroit Lions, two of Minnesota’s NFC North rivals, have announced their first two home games will be played without fans. The Chicago Bears also will start the season without spectators but has not specified for how many games.

The Associated Press contributed to this report.