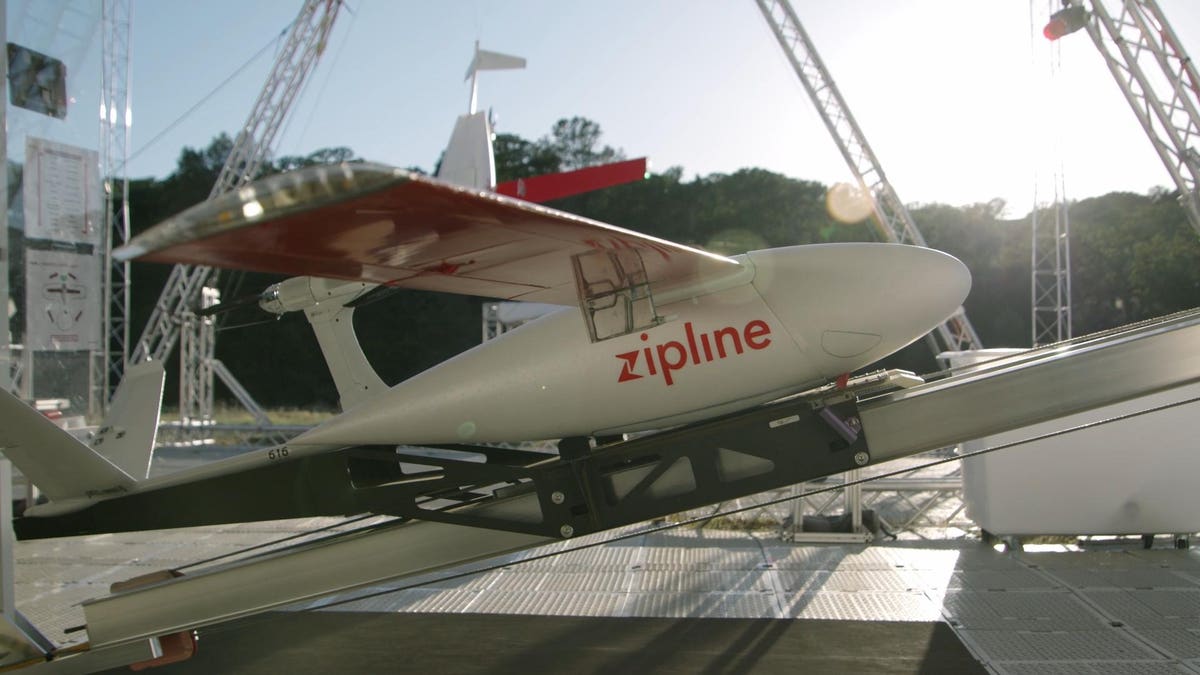 Days after announcing plans to test drone delivery of certain household grocery items, Walmart, the nation’s largest retailer, said Monday it is testing a separate program to make on-demand drone deliveries of some health and wellness products via the same system used to shuttle medical supplies in Rwanda.

Trial deliveries will take place beginning early next year near Walmart’s headquarters in Northwest Arkansas through a deal with San Francisco-based Zipline, which began operating in late 2016 in Rwanda primarily focusing on the on-demand delivery of medical supplies, Walmart said in a statement.

Safely accessing medical supplies during the pandemic has become a key concern for many senior citizens and those with pre-existing conditions that may make them more vulnerable to serious illness from coronavirus.

The drone, which resembles a model plane, can service a 50-mile radius; deliveries will be made from the sky, with the drone descending to a safe height above the ground and dropping off a box by parachute.

The biodegradable, recyclable parachute does not need to be returned; the drones can carry close to four pounds of cargo, fly up to 80 miles an hour, even in high winds and rain, and target deliveries into an area about the size of a parked car.

The company declined to say what kinds of health and wellness items would be included or say if it would include any prescription medication.

The elderly and people with certain pre-existing conditions have proven to be most at risk from severe illness or death if exposed to the coronavirus. That’s led many retailers to create special early-morning shopping times for seniors when stores are less crowded and have just been thoroughly cleaned. More broadly, “bricks and clicks” commerce, where consumers order online and have items fulfilled from a nearby store, has helped traditional grocers compete with e-commerce giant Amazon. Last week, Walmart announced that it was testing drone delivery of some household grocery items.