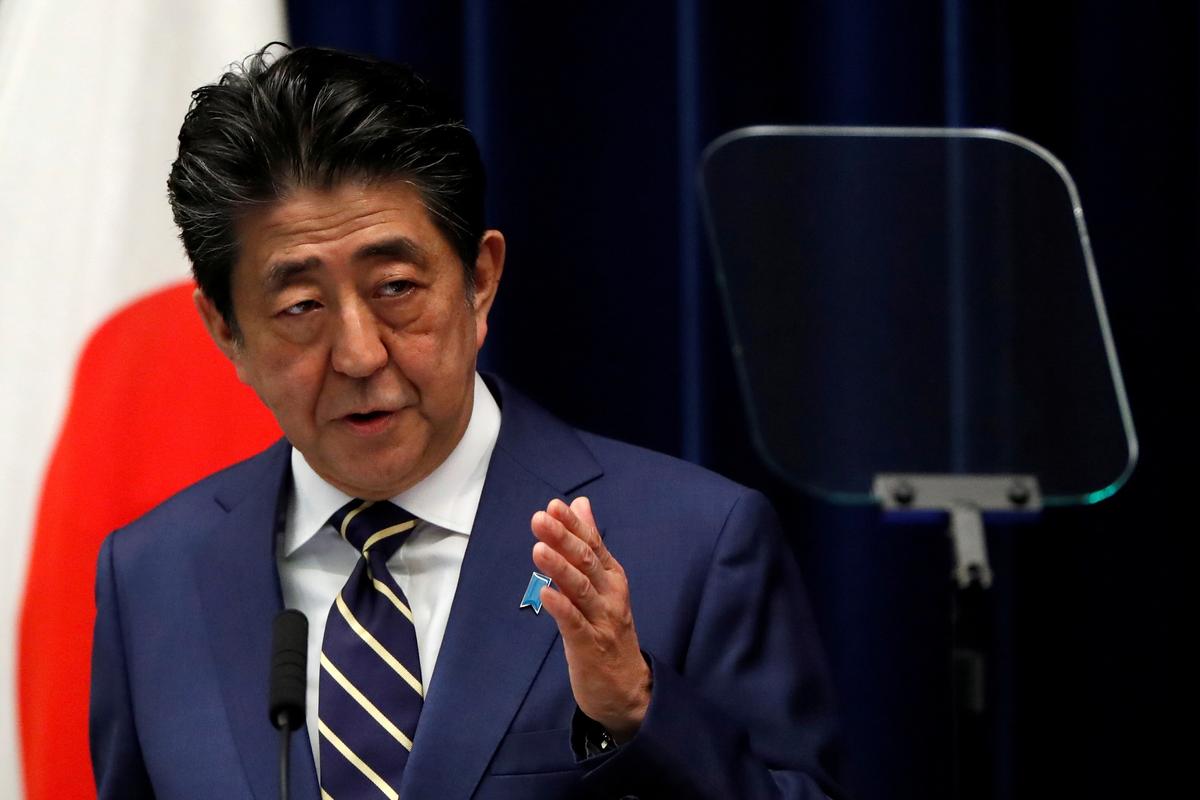 TOKYO (Reuters) – Japanese Prime Minister Shinzo Abe’s recent visits to hospital have raised concern whether he will be able to stay on as leader of the world’s third-biggest economy until the Sept. 2021 end of his term as ruling party chief, and hence, premier.

Abe plans to hold a news conference on his health as soon as this week, domestic media said on Tuesday. He has been expected to reshuffle his cabinet and top ruling party posts next month.

An extra session of parliament is likely from October or later, media said, and an election for parliament’s powerful lower house must be held by late October 2021.

Here are the procedures to be followed if Abe is incapacitated, or if he resigns.

Article 9 of Japan’s cabinet law says that if a prime minister is prevented from discharging his functions, or the post is vacant, a minister of state he has designated in advance will temporarily perform the role.

In such a scenario, Deputy Prime Minister Taro Aso, who doubles as finance minister, is first in line to step in for Abe, followed by Chief Cabinet Secretary Yoshihide Suga.

The move could be temporary, for example if Abe is hospitalised but expected to resume his duties afterwards.

The law sets no limit on how long the acting prime minister can stay. In April 2000, after prime minister Keizo Obuchi suffered a stroke and fell into a coma, Mikio Aoki, who was then the chief cabinet secretary, stepped in for a few days until a new party leader and premier was chosen.

An acting prime minister cannot call a snap election but can oversee budget compilation, conclude treaties and order mobilisation of the military.

If Abe announces an intention to resign, that would trigger an election within his Liberal Democratic Party (LDP) to replace him as its president, followed by a vote in parliament to elect a new prime minister.

Abe and his cabinet would continue to run the government until a new premier is elected, but could not adopt new policies.

The winner of the party election would then hold the post until the end of Abe’s term in September 2021.

The new LDP president is virtually assured the premiership, since the party has a majority in parliament’s lower house.

Usually, the party must announce the election for its leader a month in advance, and its MPs vote along with grassroots members.

In case of a sudden resignation, however, an extraordinary vote has to be called “at the soonest date possible” with participants narrowed to MPs and representatives of the party’s local chapters.

In 2007, for example, the LDP held a leadership election within 11 days of Abe’s sudden resignation, which capped a troubled year in office as he battled poor health.