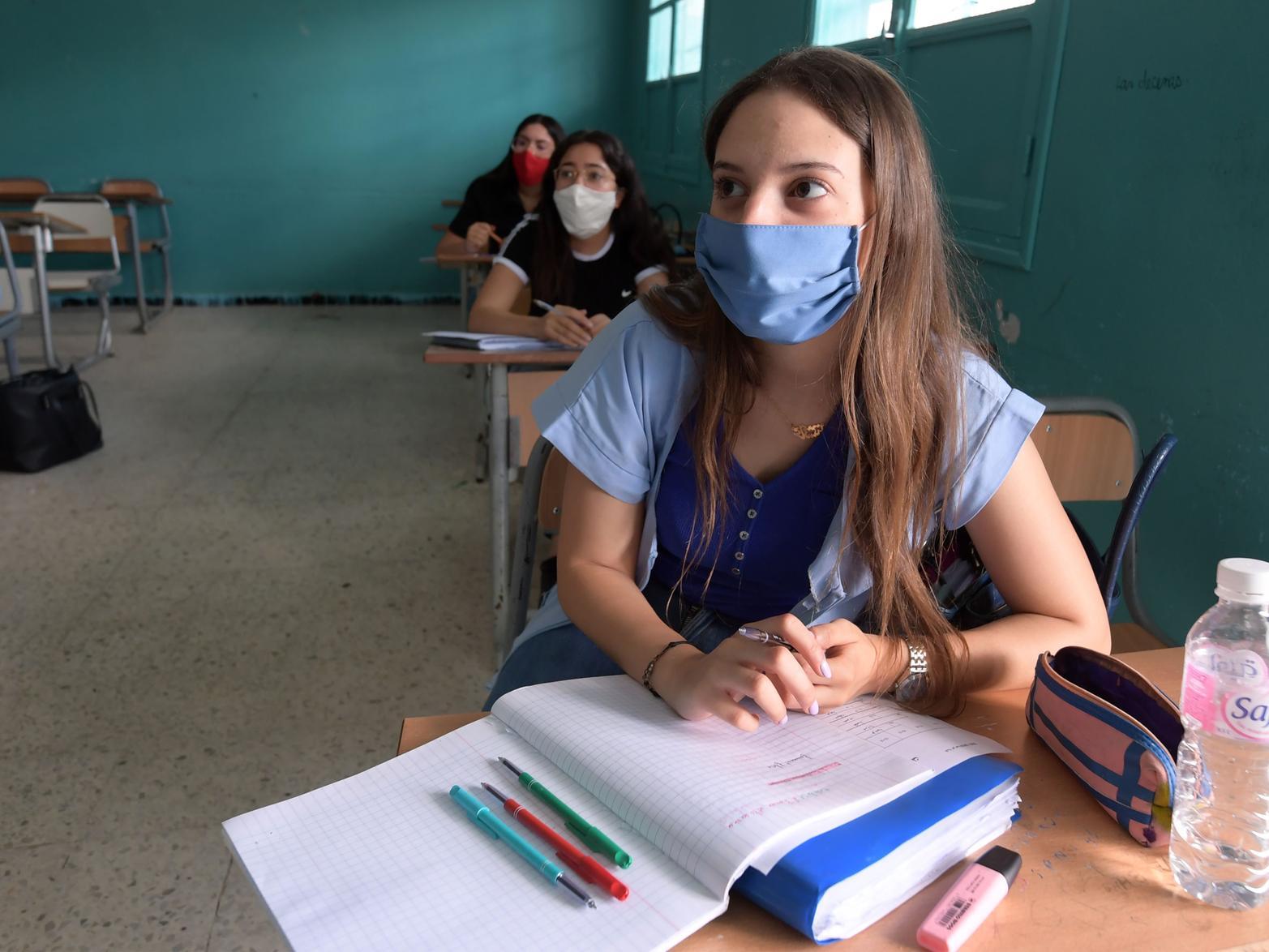 Teachers need more protection in the return to school Yorkshire health and education leaders have warned, after the Government said masks could get in the way of communication between teachers and pupils.

A Downing Street spokesman yesterday said masks could get in the way of communication between teachers and pupils.

Fiona Spellman, chief executive of Yorkshire-based education charity Shine, said there was a need for clarity over the rules on whether teachers or pupils can wear face masks in schools in England from the Government, particularly those medically vulnerable or in higher risk groups.

The i newsletter cut through the noise

She said: “There will be teachers who have health risks, they are human beings after all.

“They have different medical situations of their own so – where it is necessary, you can understand why some teachers are finding it difficult to accept the situation where they are asked to wear a mask to go shopping in the supermarket but they are likely to be around lots of people – but are are unable to wear a mask in school.”

Since the Government guidance was published on returning safely to school in early July, the use of masks has become more widespread – becoming compulsory in shops for example.

Ms Spellman said: “Much like when you go to a shop it does create a challenge for communication – it means we have to communicate differently but it nevertheless has been possible – to go in and buy things and be understood and have a conversation.

“Clearly it is possible to communicate with a mask because that is what we are all having to do in a whole range of situations right now.”

The Government’s guidance says Public Health England does not recommend using face coverings in school and at present there are “no plans” to change this.

Ms Spellman said the fact that this is still a point of “contention” this close to schools reopening was a concern.

She said: “There has been a significant period of time schools have not been open to students and you would have hoped that the planning around these issues could have been done earlier such that people really understood the basis on which they are being asked to return to work.

Professor Mahendra Patel, from the University of Bradford, who has led outreach work to highlight important health messages to BAME communities in Yorkshire and beyond during the coronavirus pandemic. Photo credit: other

“I think the conflict has been set out by a government that is very determined to have children back in school.

“And this notion of teachers being obstructive and not wanting that to happen is false.”

Professor Mahendra Patel, from the University of Bradford, said there was a need for extra protection for teachers returning to schools in the UK’s coronavirus, especially for BAME teachers.

He said: “Some schools just don’t have that space for that social distancing to operate in the manner that the Government are advocating because of the size.

“A one-sized approach does not fit all here. For example for BAME teachers there should be that risk assessment being carried out, and extra supported and protection being put in place.”

Prof Patel, who has led outreach work to highlight important health messages to BAME communities in Yorkshire and beyond during the coronavirus, added: “The teachers are going to be a very important and crucial workforce in the next phase of this pandemic journey.

“Ensuring delivery of proper education and the provision of appropriate support is there in all corners of schooling and at all levels is essential and without compromise.

“We need the teachers in full strength and in full force to help plug the gaps we have seen which could affect children’s potential development for now and for the future.

“It is vital for the children and society as a whole that we ensure the strongest platform possible for them to build back their future — through a solid structured education programme adapted and supportive to different needs under the current climate.”

A Department for Education spokeswoman said: “We have consistently followed Public Health England advice, which does not recommend the use of face coverings in schools because there are a range of protective measures in place, including children staying in consistent groups.

“We have set out the system of controls schools should use, including cleaning and hygiene measures, to substantially reduce the risk of transmission of the virus when they open to all children in the coming weeks.”

– In Scotland’s secondary schools, face coverings will be used in corridors and shared areas.

First Minister Nicola Sturgeon said on Monday she was acting in response to new guidance from the World Health Organization.

– But Geoff Barton of the ASCL head teachers’ union said it remained unclear whether schools in England could have flexibility to allow masks if they were requested as a safety measure by teachers or pupils’ parents or where they might be seen as a “useful additional measure”.

Following the decision in Scotland over face coverings in schools, Geoff Barton, General Secretary of the Association of School and College Leaders, said:

“It would be prudent in the light of the decision in Scotland over face coverings in schools, and the recent guidance by the World Health Organisation, for the government in Westminster to review its existing guidance that face coverings are not required in schools in England, and provide clear direction one way or another.

“We have two concerns. First, parents, pupils, and staff, will be anxious about the situation and need reassurance from the government about the public health basis for its policy over face coverings in England, rather than it being left entirely to schools to explain the government’s rationale.

“And, second, if there is going to be any U-turn by the government that it does this sooner rather than later because the start of the new term is imminent.”

So, please – if you can – pay for our work. Just £5 per month is the starting point. If you think that which we are trying to achieve is worth more, you can pay us what you think we are worth. By doing so, you will be investing in something that is becoming increasingly rare. Independent journalism that cares less about right and left and more about right and wrong. Journalism you can trust.