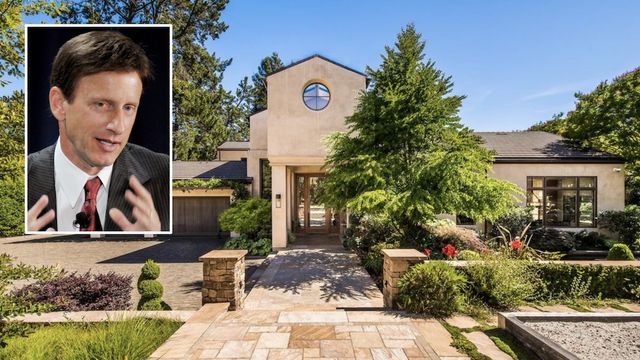 24 Hour Fitness founder Mark Mastrov is looking to spot a buyer for his Lafayette, CA, home. The custom abode is on the market for a weighty $13.5 million.

24 Hour Fitness founder Mark Mastrov is looking to spot a buyer for his Lafayette, CA, home. The custom abode, located in the San Francisco Bay Area, is on the market for a weighty $13.5 million.

What a buyer will acquire is a spread that’s a “stand-alone entertainment, residential, and recreational mecca,” according to the listing details.

Given that many fitness buffs are still scrambling in the wake of gym closures, a home with all the amenities to keep fit may be just the ticket for certain wealthy buyers.

The property was purchased in 2006 for for $4.35 million, and Mastrov’s “decadent” custom estate was completed in 2012. For a buyer with bigger plans, an additional 1-acre parcel is tied to the offering.

In 2017, he tested the waters of a potential sale at the same price. Now, it’s back on the market for someone to snap up.

“We can’t underscore what an unprecedented offer this is,” says listing agent Herman Chan with Golden Gate Sotheby’s International Realty.

Chan was effusive in his praise for the home and its coveted location in the East Bay hills.

“For a buyer seeking a massive luxury state-of-the-art compound on one of the most coveted brand-name streets in the entire San Francisco Bay Area, this is it,” he said.

Set on 2.3 acres, the home’s layout features four bedrooms and 5.5 bathrooms. The great room was crafted with “no-expense-spared panache” and features vaulted ceilings, dining areas, living space, an aquarium, and vanishing walls that open out to allow for indoor-outdoor flow.

Measuring in at 8,000 square feet, the expansive floor plan includes an open kitchen with a large island and a casual eating space. Luxe features include a 20-plus seat movie theater with armchair seating, video game lounge, and a rec room with bar and billiards.

Outside, you’ll find a private playground with tennis, basketball, and bocce ball courts. There’s also a batting cage, as well as a putting green. An attached garage holds three cars.

For relaxation, take a dip in the resort-style pool complex with waterfalls, two spas, a grotto with rooftop fire pit, and a lanai lounge with fireplace.

Naturally, there’s also a “deluxe” gym that can be accessed, ahem, 24 hours a day.

As Chan succinctly put it, “You never have to leave your home.”

By the way, the spread can suck up a lot of resources if its owner isn’t careful.

Mastrov’s home made a 2015 list of water wasters by the local municipal utilities department, during a drought that required home owners to conserve. (Olympic medalist Kristi Yamaguchi also made the list.)

When not watering the greenery surrounding his mansion, Mastrov, 62, has been active in real estate. In 2016, he attempted to shed his Lake Tahoe getaway, asking $35 million for a 7-acre spread. It’s no longer on the market.

The Bay Area native is the founder of the 24 Hour Fitness chain. In 2013, he became a part owner of the NBA’s Sacramento Kings.