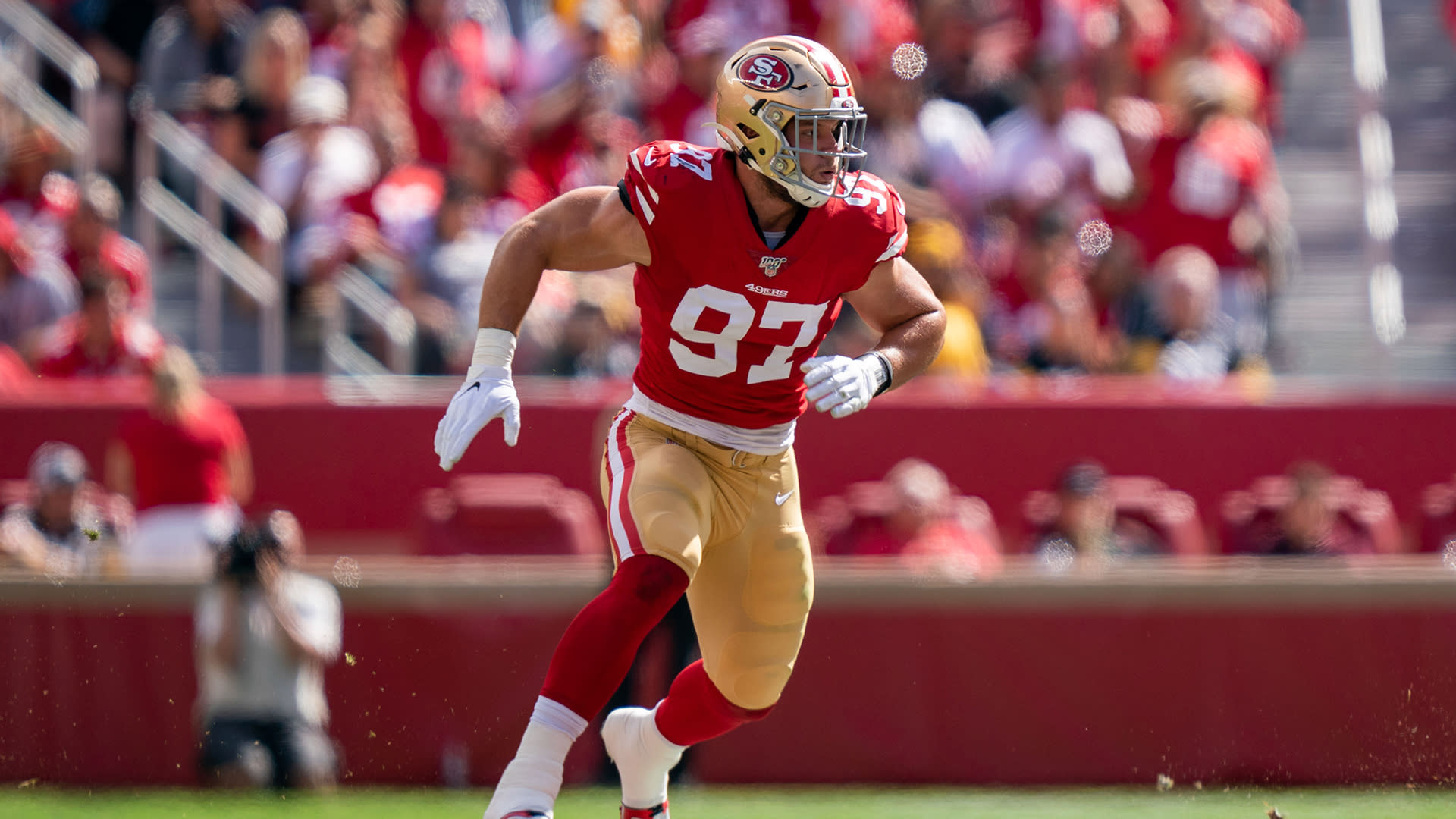 Nick Bosa was voted the best rookie in the NFL last season.

The 49ers’ defensive end is approaching the 2020 season with even-bigger expectations for himself.

Bosa registered nine sacks during the regular season with a total of 80 quarterback pressures, according to Pro Football Focus. He added four more sacks in three postseason games.

Bosa came to the NFL with a reputation as an advanced technician. This season, he believes he will be better prepared mentally to become more of a down-to-down force.

“Last year, I didn’t really know what was going to work and what wasn’t and what was my go-to,” he said. “So just coming into games with a better plan of not wasting any time out there because you only get so many opportunities and you want to get those big numbers and help your team as best as you can and get the ball out. You have to come in with a plan and not waste any rushes.”

Bosa said he has spent the past six months working on a couple of new pass-rush moves. Even before the draft last year, Bosa spoke about a cross-chop move that Aaron Donald has perfected on his way to becoming arguably the league’s best defensive player. Bosa has also been considering adding a spin move to his arsenal.

Bosa said he also has worked on making better use of his hands to ward off pass-blockers and get to the quarterback more effectively.

“I win a lot at the top of my rush, but a lot of the times I get washed by the quarterback or I don’t pose enough space and finish the plays, so that’s probably been the biggest emphasis for me,” he said. “And I’ve been working that in walk-throughs and drills all (off)-season.”

Bosa faced a number of obstacles as he prepared for his rookie season a year ago. He underwent core-muscle surgery that ended his final season at Ohio State after three games. Bosa spent months rehabbing and traveling the country to meet with teams during the pre-draft process.

After the 49ers selected Bosa with the No. 2 overall draft pick, a hamstring strain during the offseason program sidelined him until training camp. Then, early in camp he sustained a high-ankle sprain that kept him out until Week 1 of the regular season.

While the 49ers and the rest of the NFL canceled on-field work this spring, Bosa trained daily with his brother, Joey, and he believes he enters his second season much better prepared than a year ago.

“I think I’ve gotten all of the benefits and I’m feeling it out here in these workouts, in these runs we’re doing,” he said. “I feel like I’m, by far, in the best shape that I’ve ever been. I don’t look much different because we don’t train to body-build. We train to play football, and I think it’ll show.”